Defence Minister František Kašický, a nominee of the ruling Smer party, announced that he will submit his resignation to the president on January 30 over sharply criticised, multi-billion-crown tenders that violated procurement rules. 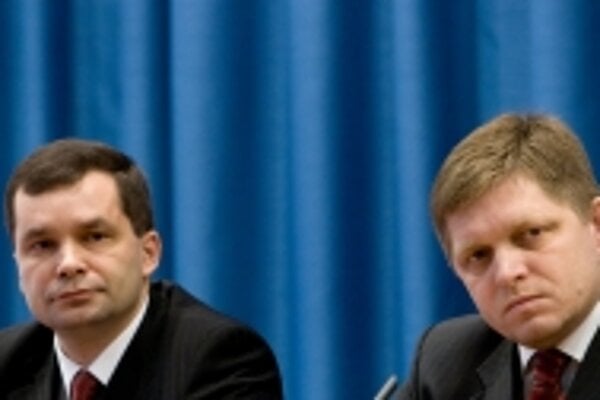 Defence Minister František Kašický, a nominee of the ruling Smer party, announced that he will submit his resignation to the president on January 30 over sharply criticised, multi-billion-crown tenders that violated procurement rules.

Prime Minister Robert Fico commended Kašický’s integrity, while the opposition responded that it would have requested his sacking anyway. Fico dismissed speculation on who will succeed the minister, saying an announcement would come in due time.

The opposition had already lashed out at the ministry’s plan to spend Sk1 billion annually on cleaning, but Kašický denied all the money would be spent on that service alone.

“I do not carry subjective responsibility for the conduct of bureaucrats from an office that acted at odds with regulations,” Kašický told the media. “However, I cannot shirk my responsibility to the defence ministry.”

Kašický said resigning now would shelter the ministry, which is close to his heart, from being distracted by scandal. In the meantime, he has taken the first steps toward punishing the people directly responsible for the situation, sacking Vladimír Vasko, the head of the ministry’s Real Estate Administration Department, who was responsible for administering the tenders.

Kašický promised that all failings will be properly investigated.

When asked whether he would have recalled Kašický over the inflated tenders, the prime minister responded: Kašický resigned, so any question about sacking him is hypothetical.

Last year, Fico recalled Movement for a Democratic Slovakia (HZDS) nominee Miroslav Jureňa as Agriculture Minister due to shady land transfers. The recall resulted in a clash between the HZDS and Fico’s Smer party that pushed Vladimír Mečiar and the HZDS to the brink of quitting the ruling coalition.

But this time the prime minister praised the outgoing minister and made it clear that this is not the end of Kašický’s political career.

“He is a consummate professional in the area of military affairs and I regret [his resignation] but regret does not belong to politics,” Fico told the press.

The Smer party remains interested in using Kašický’s expertise in the area of security, Fico confirmed.

As for Kašický’s replacement, the prime minister said that it might be interesting to choose a person who does not have a deputy mandate appointed to the seat. Fico will discuss the appointment with the outgoing minister as well, he said.

President Ivan Gašparovič, who met Kašický shortly after the outgoing minister announced his resignation, said that he would wait to decide on his recall until next week; at least until Smer decides who will fill his post.

Daniel Lipšic, Deputy Chairman of the Christian Democratic Movement (KDH), confirmed that the Opposition had planned to request a non-confidence motion in Kašický due to the tender scandal.