SOME Slovak hospitals have hit a serious hurdle in their quest for funding. Slovakia’s largest health insurer, Všeobecná Zdravotná Poisťovňa (VšZP), has refused to sign contracts with them for 2008. 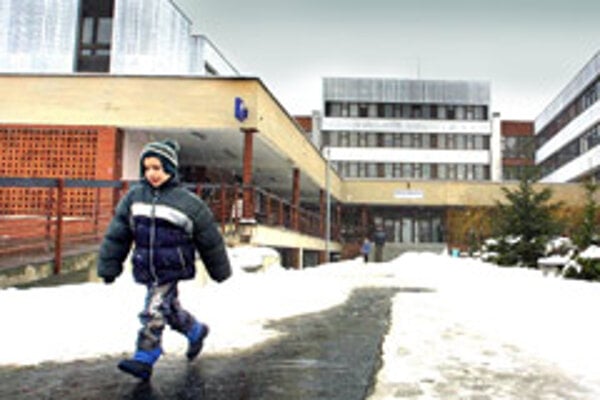 SOME Slovak hospitals have hit a serious hurdle in their quest for funding. Slovakia’s largest health insurer, Všeobecná Zdravotná Poisťovňa (VšZP), has refused to sign contracts with them for 2008.

Hospitals depend on contracts with health insurers for their financial survival. Meanwhile, the Association of Slovak Hospitals recommended all its members not sign contracts with VšZP, calling them disadvantageous for both hospitals and patients.

The health insurer refused to specify which hospitals were not offered contracts for 2008. But the Specialised Hospital for Respiratory Diseases in Poprad-Kvetnica, the Dr. Guhr Sanatorium in Tatranská Polianka and the military Specialised Institute for Lung Diseases in Nová Polianka are among those that say they did not make VšZP’s list, SITA wrote.

VšZP spokesperson Petra Balážová said the negotiations were still ongoing, and the insurer was still evaluating its health care strategy for 2008 based on the needs of clients in particular regions.

“For contracting ... hospitals, we have built on our previous experiences and regional needs, so that each client can access quality health care and emergency health care within an optimal distance,” Balážová said. “We focused on health care institutions that are able to provide more complex health care for our clients.”

Contracts have been signed with the aim of using finances effectively, she added.

Under a draft law adopted by cabinet last October, only some health care facilities controlled by Slovakia’s Health Ministry are guaranteed contracts with the country’s health insurers. The rest of the health care providers must depend on the goodwill of the insurers.

The draft on the minimum public network of health care providers set a list of 34 state health care facilities. Health insurers only have to cover the hospitals included in the list with their contracts. The draft has still not made it through parliament.

Analysts have said that selective contracting benefits the health market, because it enforces the effective use of public resources. But hospitals still worry that the situation might affect their ability to serve patients.

Without a contract with VšZP, the respiratory hospital in Poprad-Kvetnica will see 70 percent of its revenues gone as of January 2008, hospital officials say.

“Finishing the contract as of December 31, 2007 with VšZP, our major health care buyer, will have a negative, almost fatal impact on the hospital,” said the hospital’s Pavol Zalom in a press release.

Selective contracting was one of the principles of the reform initiated by the previous health minister, Tomáš Szalay of the Health Policy Institute told The Slovak Spectator.

“It inserts market elements into health care and forces the health care providers to aim for higher quality and effectiveness,” Szalay said. “After all, it saves public resources and increases the health benefits of the population.”

Even though it is undoubtedly an effective tool, Szalay said, it has not really been used yet, mainly for political reasons.

“Over the past three or four years, I can only recall the shutdown of the hospital in Želiezovce,” he said.

The institute also said that European countries have not really been using selective contracting, so comparing the Slovak system with other countries is essentially impossible.

Some hospitals opt out

The Association of Slovak Hospitals has told its members not to sign contracts for 2008 with VšZP, suggesting that the contracts are not necessarily advantageous for them.

As of February, clients of VšZP will receive only emergency treatment in 58 hospitals across Slovakia, association head Marián Petko told the SITA newswire.

If the association fails to reach an agreement with the insurer, its clients will either have to pay for non-urgent health care in hospitals that are members of the association, or undergo treatment in other facilities.

“We do not want to hold patients hostage in problems between health care providers and the insurer, so for now the association’s members will continue to provide the same health care as they did before,” Petko told SITA.

VšZP has publicly promised hospitals that until they sign the agreements, it will cover their expenses for emergency health procedures, as well as planned health care, based on the tariffs proposed in December 2007.

However, the coverage will not apply after January 31 and it only applies to health care providers that received draft contracts from VšZP back in December, Balážová explained.

If a health institution does not sign a contract with VšZP, the insurer refers its clients to a different facility, Balážová said.

The hospital association said on January 15 that it would file a complaint with the Antitrust Office over the draft legislation on the minimum health care network.

“Lawyers said that the cabinet draft on the minimum public network is at odds with EU regulations on violating equal-opportunity competition rules, and it discriminates against a certain legal form of health providers,” Petko told the press.

Balážová said VšZP has already reached agreements with the Slovak Medical Union of Specialists and Slovak Chamber of Dentists, and negotiations with representatives of other organisations are continuing.

In Slovakia, the link between the client and the insurer is still very fragile, according to the Health Policy Institute, so tensions like this can lead clients to reconsider their choice of insurer.

“It will be good for clients to remember these tensions in the summer, when they have a chance to change their health insurer,” Szalay said.