WHEN Czechoslovakia broke up in 1993, Ján Fidrmuc was about to finish his studies at the University of Economics in Bratislava. He was not particularly eager to live in an independent Slovakia - even less so with Vladimír Mečiar as prime minister, he says. Leaving the country seemed to be the best option for a combination of political and professional reasons. 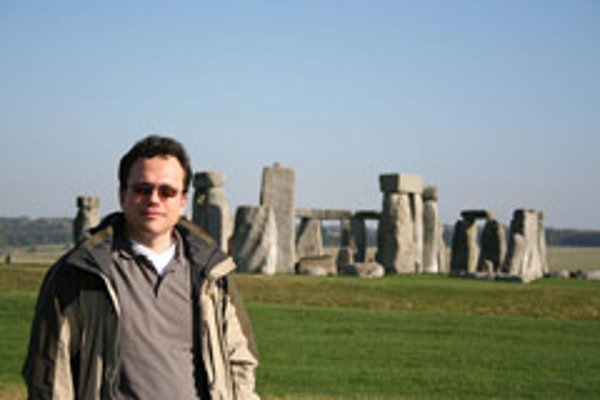 WHEN Czechoslovakia broke up in 1993, Ján Fidrmuc was about to finish his studies at the University of Economics in Bratislava. He was not particularly eager to live in an independent Slovakia - even less so with Vladimír Mečiar as prime minister, he says. Leaving the country seemed to be the best option for a combination of political and professional reasons.

"Having studied in Austria, I came to understand that if I wanted to get a postgraduate degree in economics, the only way I could get a decent quality of education was to go abroad," says Fidrmuc, who is now a senior lecturer in economics at Brunel University in London.

Thanks to a scholarship from the Austrian government, he got the chance to study at the University of Vienna for one term in 1992. Then he continued for another term at his own expense, commuting by bus from Bratislava one or two days a week.

When Fidrmuc finished high school in 1989, he had very little idea about his future career aspirations. He chose economics because both his father and brother had a background in economics, he says.

"My own preference at the time was to study languages, but my parents found that impractical and I followed their advice," Fidrmuc says.

He expected to end up as an accountant in some state-owned enterprise or to work in public administration. However, the communist regime collapsed just a few weeks after he started his university studies, and that broadened his prospects enormously.

After he graduated from the University of Economics, Fidrmuc's positive experience in Austria led him to consider a degree from a Western-style graduate school - such as Central European University in Budapest or CERGE at Charles University in Prague, where he was admitted. In the end, however, he chose to take advantage of the Fulbright scholarship he enrolled in an MA programme in economics at the University of Missouri.

He says the postgraduate education in the US is much more formal and structured than in Europe. There is also a difference in the way students pay for their education.

"In the US, education is in principle very costly, but good graduate students typically manage to finance their studies with a combination of grants, loans and teaching jobs," Fidrmuc says. "In Europe, education is free or relatively cheap but getting grants is often difficult."

Since his main research interest, post-communist transition in Eastern Europe, was too marginal for US universities, he returned to Europe to do his PhD at Tilburg University in the Netherlands. Today, he lives and works in the UK, doing research mainly on political economy, the economics of transition, migration and macroeconomics. Fidrmuc hardly ever cooperates with Slovak experts in his field.

"There are very few internationally active and competitive economists in Slovakia," he says.

He suggests that universities should hire and promote their academic staff based on their publications in internationally-recognized journals. But in Slovakia, informal ties and publication in Slovak journals seem to matter more than international publications, Fidrmuc says.

"The implication is that senior academics who are not internationally competitive themselves make decisions about who will be appointed at the junior level, who will get promoted, what research is relevant, who will get research funding and so on," he says. "The system becomes self-reinforcing: poor quality breeds more poor quality."

As an example of a better system, he mentions East Germany. After the fall of communism and the reunification that followed, all university professors were dismissed and invited to apply for their old positions in open competitions. In social sciences, only a small fraction of them were good enough to win back their posts, Fidrmuc says.

"In Slovakia and other former communist countries, the old professors stayed on, and it is they who are now making decisions," he says.

Fidrmuc is planning to stay in the UK and continue his academic career there. The Western academic environment offers opportunities he couldn't get in Slovakia, he says.

"I would like to hope that I will be promoted to a full professor in the not-too-distant future," he says.

In order to achieve that medium-term goal, Fidrmuc is required to continue doing research and writing articles that get published in good journals.

When asked about his long-term plans, Fidrmuc answers like a dedicated economist. He replies with a quote from Keynes - in the long term, we will be all dead.

"In the not-quite-so-long term, I hope to retire, buy a boat and go sailing somewhere warm and sunny," he adds.

Apparently, Slovakia is not included in his plans. His attitude to living in this country does not appear to have changed much since he left in 1993, but there are some things he misses.

"Slovaks, and Eastern Europeans in general, are friendly in a different way than Western Europeans - it is easier to get close to them quickly," Fidrmuc says. He also tends to bring bryndza cheese, chocolate bars, slivovica and Czech beer with him to the UK after he visits Slovakia.

"But I would not suffer too much if all of these were denied to me," he says.