Teaching the other kind of English

THE CANADIAN Bilingual Institute owes its existence to its founders' belief that there was a niche for North American English instruction in Slovakia. 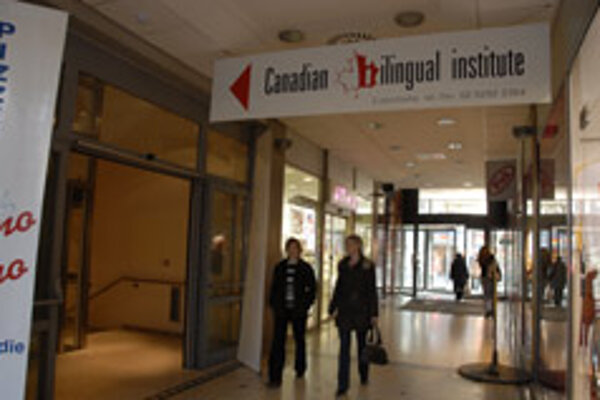 THE CANADIAN Bilingual Institute owes its existence to its founders' belief that there was a niche for North American English instruction in Slovakia.

"There were a lot of language schools teaching British English, but there was no institute teaching North American English," Henry Silva, director of the Canadian Bilingual Institute, told The Slovak Spectator.

The company was established in 2001. It is registered as a Slovak company based in Bratislava, but there is Canadian capital in its coffers.

Silva thinks he started the company just in time.

"I believe I just met the borderline in 2001," Silva said. "In 2001, it was still possible to open a major language school. It definitely would be harder to do it now, with more competition."

Now the institute teaches a little over 3,000 students a year who can choose to study English, French or Slovak. Most students learn English. However, the demand for Slovak is increasing and it is almost beating French now, Silva said.

"About 80 to 100 students are now learning Slovak at CBI," Silva said. They are mostly top directors of foreign companies who are here for one or two years and want to have survival Slovak.

"However, they very often find that Slovak is a very difficult language for them to understand," he said. "The tenses are difficult. The pronunciation as well."

The school would like to expand to Košice and Banská Bystrica in the future. However, the cost-benefit ratio of that has not been favourable yet, Silva said.

The language school now has more than 60 teachers - about 40 are native North American English native speakers and 20 are Slovaks.

It can be hard to hire North American teachers to come to Slovakia because the law now requires people working on a temporary contract to pay 14 percent of their income for insurance, Silva said. If this is their only income and they do not work somewhere else, that can hurt them, he said.

"However, on the other hand, if Slovaks went to Canada, their international insurance would probably be more," he added.

According to Silva, it is economically viable for teachers to work on a temporary contract.

"A lot of people teach on an hourly basis," he said. "They teach when there is demand. It would really hurt the company if the teachers that are only part-time would get all the rights of full-time teachers. For the company, it would be too expensive."

Silva believes that the market will grow in the near future.

"However, in 10 years, the fact that kids are now learning English at a young age could affect a lot of language schools, because they are going to have English almost as their second mother tongue," he said.

"I think that the number of people who attend English classes is going to decrease."