Visegrad library to be created

THE V4 ministers agreed in November 2007 to build a so-called Visegrad library. Their aim is to publish four chosen titles a year in all four V4 languages, the Haló Noviny wrote. 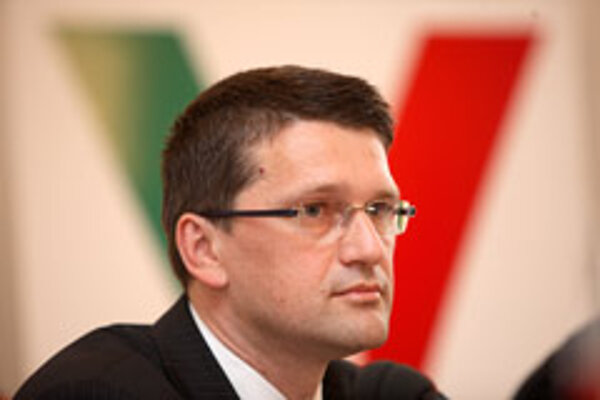 Culture Minister Maďarič is among those eager for a Visegard library. (Source: SITA)
Font size:A-|A+

THE V4 ministers agreed in November 2007 to build a so-called Visegrad library. Their aim is to publish four chosen titles a year in all four V4 languages, the Haló Noviny wrote.

Heads of the delegations announced an effort to continue with this project, which is currently under the presidency of the Czech Republic. Now, in cooperation with culture ministries, each V4 country should appoint and authorise one publisher to implement this project. These publishing houses would form a separate series, in which ten books from all participating countries would be published over the next 6-8 years.

At the meeting of representatives of culture ministries of the V4 states, a special edition of the anthology of writers from all four countries was also presented; it appeared in six thousand printed copies. Its editors are Pál Békes (Hungary), Piotr Marciszuk (Poland), Ina Martinová (Slovakia), and Ivory Rodriguez (Czech Republic).

At the meeting, the representatives of ministries also agreed that they would - apart from other activities - also pay permanent attention to the Polish proposal to create a workgroup within the framework of V4, which would study the effects of economic and social transfor-mation on cultural heritage in V4 countries, under the current circumstances of globalisation. The next meeting of the V4 culture ministers will take place this June in Olomouc, Czech Republic.