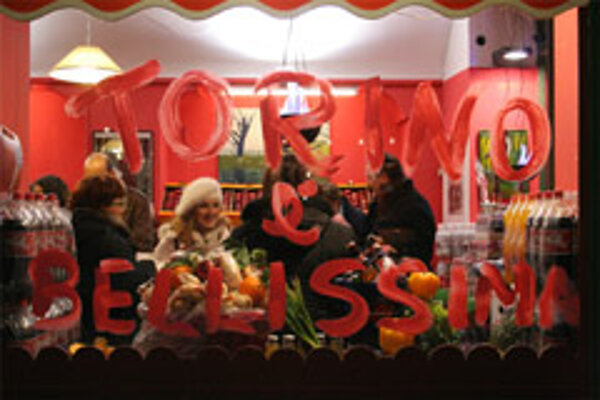 EXHIBITION: A DOUBLE exhibition of colour photos by Jana Šebestová and Radovan Stoklasa brings the atmosphere of the 2006 Winter Olympic Games in Turin to Bratislava. The exhibition, entitled 1 Olympics through 4 Slovak Eyes, offers two views of the most important sporting event of 2006. The first is moments snapped by photojournalist Radovan Stoklasa, who focused on the athletes. The second is the images of the atmosphere in the city, which were captured by Jana Šebestová. A young photographer who has lived in Turin since 1998, Šebestová attempted to portray the emotions of the city's residents, who took their joy to the streets. The display takes place in the Atrium of the Slovak Radio at Mýtna 1 from February 21 to 29. It is open during the week between 10:00 and 17:00.

EXHIBITION: Slovak Naive Art from Serbia - This exhibition presents 66 works by 25 untrained artists from the collection of the Babka Gallery in Kovačica, Serbia.

EXHIBITION: Rudolf Uher - This exhibition of sculptures marks the 20th anniversary of the death of prominent Slovak artist Rudolf Uher.

EXHIBITION: The Story of Sculpture - This display by Ladislav Sabo, whose recent sculptures include the monument in Hejce that marks the airplane accident that killed 42 people in 2006.

FILM FESTIVAL: The Best from Polish Animation - A presentation of the best Polish animated films that influenced the world of animation and one-minute films created during the Stranger Oneminutesjr workshop.

EXHIBITION: Quo Vadis, Domine? - Pavol Rusko presents an installation that he originally created for the synagogue in Šahy. For the current exhibition, he enhanced the work that combines the symbols of the Cross and the Star of David with another two symbols - love and hope.

EXHIBITION: A PROPER Cup of Coffee is an exhibition in Martin that presents coffee not only as a beverage with a long tradition, but a botanical variety and a commodity of trade. Visitors can see the whole history of coffee and cafes on more than 50 panels with many photos, plans and maps, as well as almost 600 exhibits. Because internet cafes play a significant role in the current history of cafes, one is located at the end of the exhibition. The display takes place in the Ethnographic Museum of the Slovak National Museum at Malá Hora. It is open daily between 9:00 and 17:00 until August 31. Tickets cost Sk40. For more information, go to www.snm.sk.

SHOW: Yamato - After the huge success of last year's show, these drummers of Japan return to Slovakia to perform their musical and visual show.

SHOW: The Evening of Asian Martial Arts - Thirteen clubs present 13 kinds of martial arts. The event includes the chance to win a katana, a samurai sword.