Something smells rotten in the Pezinok waste dump

WHAT started out in Pezinok as a local environmental concern has ended up a thorn in the side of the ruling Smer party. 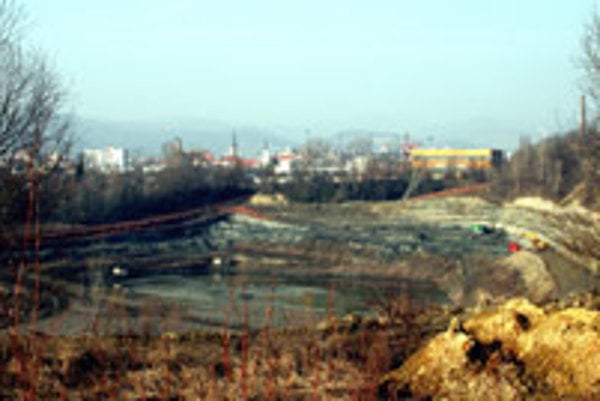 The new waste dump would be located less than half a kilometre from inhabited parts of Pezinok, say town representatives. A non-governmental organisation fears the impact on health and the environment. (Source: SITA)
Font size:A-|A+

WHAT started out in Pezinok as a local environmental concern has ended up a thorn in the side of the ruling Smer party.

Pezinok locals have been protesting a new waste storage site to process waste from Bratislava that's being placed less than half a kilometre from the small western Slovak town. Prime Minister Robert Fico said he suspects much more than an environmental concern behind the protests, which he believes are being organized as an attack against people close to Smer.

Ján Man owns the land where the new facility will be situated. The Pezinok-based company Ekologická skládka, which requested the permit and was in charge of the waste project, announced on February 19 that it is backing out in order to avoid entanglement in the brewing scandal. Ján Man, Sr., father of the head of the construction authority, heads the board of directors of the company, the Sme daily reported.

Representatives of Pezinok, who say they do not want their town turned into a garbage heap, brought a petition against the dump with 6,134 signatures on it to Bratislava on February 20. More than 80 percent of the citizens reject the waste storage plan.

The government discussed the issue at its regular session but offered no definite solution.

The opposition said that political responsibility for the chaos around the waste dump lies on Smer's shoulders. Fico countered that the protests were not spontaneous, but were directed against Smer.

"I know of no other waste dump in Slovakia that would have attracted so much attention," said Fico as quoted by Sme. "Not to talk about the fact that opposition deputies rushed there and everything was perfectly organised; it simply was not spontaneous."

According to Fico, there is an "extraordinarily lucrative construction industry in Bratislava" behind the controversy, and the protests are in fact nothing more than an attempt to pressure the regional construction authority to change its attitude towards the lucrative project.

"We will scrutinise whether the head of the construction authority was threatened, who visited him, and how he was told what would happen if he was not forthcoming with the construction," Fico said, according to Sme.

Environment Minister Jaroslav Izák met with Oliver Solga, the mayor of Pezinok, who told the minister that the town just does not want another waste storage facility in Pezinok.

"The minister promised that environmental authorities would monitor the situation in the town," Peter Višváder, spokesperson for the Environment Minister told the SITA newswire.

The discussion started back in 1999, when the idea of a new waste site germinated, Solga said.

"Our stand has been the same since then: we are against any new waste dump," Solga told The Slovak Spectator.

According to Soga, the waste storage plant would be an immense environmental burden for the town.

"Even though the old ditch which stored waste from Bratislava was closed on October 31, 2007, the environment is still threatened," Solga said.

Solga said that Pezinok has one of the highest radon measurements in Slovakia.

Radon is a colourless, odorless, carcinogenic radioactive natural gas, which, according to the World Health Organization "escapes easily from the ground into the air and emits heavily ionising radiation called alpha particles".

Furthermore, the main road which goes through the town accommodates 22,000 vehicles daily, and, along with the old dump, is a local source of pollution. The new dump would be the fourth serious threat to the environment, said Solga.

"We do not want to appear selfish, and in no way we are going against Bratislava, because we have good relations with the city and thanks to it our economy has been growing," Solga said. "We have always wanted to play the role of a pleasant Small Carpathian town located close to the metropolis - but not at this price."

Though advocates of the ditch claim that it will be built in line with all applicable standards, all the significant European and world studies show that similar ditches have an environmental impact, no matter how well-maintained they are, according to Solga.

"We base our protests mainly on international studies demonstrating the impact of waste on health, said Zuzana Čaputová, activist with the Waste Heaps Do not Belong in Towns civil initiative. "Waste sites, regulated or not, have a negative impact on health if they are located 3 kilometers or less from human residences."

According to Čaputová, the impact might include more frequent allergies, congenital abnormalities and cancers. For the natural environment it includes contamination of underground water, she added.

"The new ditch where the waste dump is slated to be located is stretched over land the size of 11.5 football stadiums and is as deep as a four-storey block of flats," Čaputová told The Slovak Spectator.

The solution is the so-called logical principle, which is that everyone should clean up locally, so that Bratislava does not have to deliver its trash to other towns, according to Čaputová.

Meanwhile, the opposition party, the Slovak Democratic and Christian Union (SDKÚ) called on the prime minister to penalise those responsible for approving the waste ditch. SDKÚ deputies visited Pezinok and confirmed that the locality is not suitable for developing a waste ditch.

The SDKÚ also called on Fico to review the actions of Smer nominees, especially Ján Man, whose office approved construction of the ditch in spite of the town's master plan.

Dominika Uhríková contributed to the report.