SLOVAKIA has one of the most attractive tax systems in Europe when it comes to rates and transparency, but obstacles remain in paying taxes, filing forms and navigating the bureaucracy. Two recently released studies on global tax systems examined the situation. 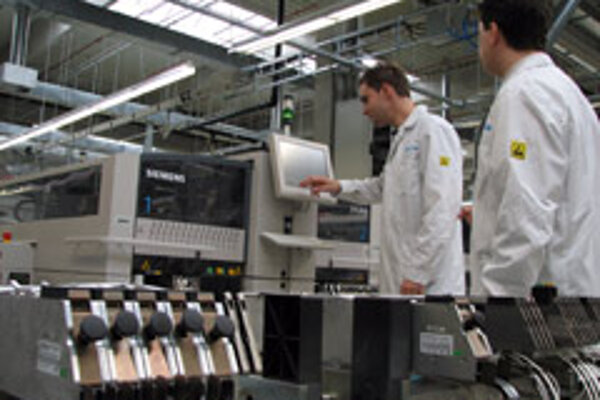 Delta Electronics is one of the investors attracted by the Slovak tax system. (Source: SITA)
Font size:A-|A+

SLOVAKIA has one of the most attractive tax systems in Europe when it comes to rates and transparency, but obstacles remain in paying taxes, filing forms and navigating the bureaucracy. Two recently released studies on global tax systems examined the situation.

In January 2008, KPMG International published "Attractiveness of European Tax Regimes, 2007", which ranked Slovakia in eighth place. In November 2007, the country was placed only 122nd overall in "Paying Taxes 2008", a global study by PricewaterhouseCoopers and the World Bank.

"Slovakia scored best in the areas of a low tax rate and consistency of the tax law," Branislav Ďurajka, partner at KPMG Slovensko Advisory, told The Slovak Spectator.

Slovakia also scored relatively well on stability over the years, and relations with tax authorities, Ďurajka added. "Both of which may appear a bit surprising, but it indicates that Slovakia has achieved some progress in these areas."

The Slovak tax system's major weakness appears to be advance warning of major changes, where only four countries scored worse, according to Ďurajka.

"Clarity of interpretation also appears to be an issue, but this is the case in most European countries."

The KPMG study was based on interviews with professionals responsible for tax matters in multinational companies across 27 EU countries and Switzerland. Survey participants were asked how attractive they believed their country's tax regime was compared with other European states.

Cyprus, Ireland and Switzerland have the most attractive tax systems in 28 European countries, the study concluded. All three countries got the highest score for consistency in interpreting tax legislation, stability in resisting frequent changes to tax laws, and a comparatively low tax rate.

The three least attractive countries were the Czech Republic, Romania and Greece, all of which suffered from a high volume of complex legislation that is changed frequently, the KPMG study stated.

In the PwC and World Bank study, Slovakia ranked 129th when measuring the time it takes for a company to comply with its tax obligations, said Todd Bradshaw, partner at PricewaterhouseCoopers Tax.

"In other words, Slovakia could improve the tax and social security administration system to make it easier to submit tax forms and pay taxes," he told The Slovak Spectator.

This will require further investment in technology and simplifying some of the current procedures, he said. He added that the study also showed that Slovakia has relatively high labour taxes, such as social insurance, compared to the other countries in the survey.

The "Paying Taxes" study used a model of a fictitious manufacturing and retail company to measure three main criteria for each country, Bradshaw said. The criteria were the number of tax payments required annually; the time it takes to comply with the model company's tax obligations; and the total tax rate, which measures the amount of all taxes and mandatory contributions borne by the company.

Anton Marcinčin, country economist of the World Bank, said the study suggests that in all transition countries, foreign investors were more concerned about the complexity of the country's tax system than the tax rate.

"I guess the message of the PwC research is that the Slovak tax system remains difficult and expensive to comply with and there is much room for improvement," Marcinčin said. "This is also in line with our findings presented in Doing Business 2008."