THE SLOVAK government passed a law on electronic signatures five years ago, but technology's swift progress and the growing number of people signing with their computers rather than their pens means the legislation needs to be revised. 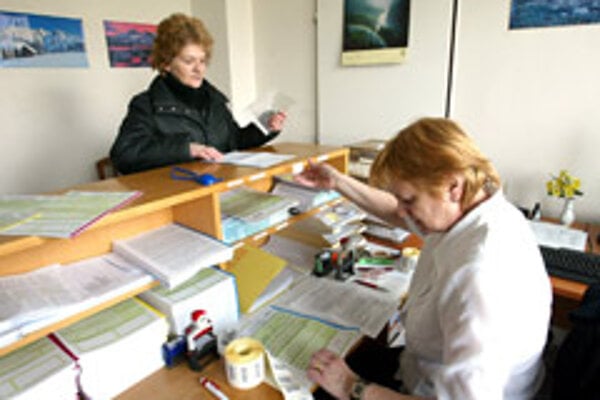 You're going to need a computer to sign that: form filling meets the digital age with e-signatures. (Source: Sme - Ján Krošlák)
Font size:A-|A+

THE SLOVAK government passed a law on electronic signatures five years ago, but technology's swift progress and the growing number of people signing with their computers rather than their pens means the legislation needs to be revised.

Therefore, the government recently produced a bill to mend some of the snags that have emerged.

A simple electronic signature can be used for signing e-mail messages, text or PDF documents, invoices, medical and technical reports, meeting memos and so on. This commercial electronic signature does not have any legal power, but ensures that the signed documents will not be altered by an unauthorised person.

The electronic signature is a relatively new phenomenon in Slovakia, but the number of its users has been increasing. At present, a qualified electronic signature can be used in communication with tax and customs offices, the commercial registry, Interior Ministry, passport offices, land register office, insurance companies and copyright authorities, according to the NBÚ.

Greater use of the qualified electronic signature depends first of all on the readiness of the state administration to provide electronic services to the public and businesses, said Ivan Goldschmidt, director of the NBU Office.

"The first widespread application of qualified electronic signatures appeared in the submission of tax forms and customs procedures," Goldschmidt told The Slovak Spectator.

The state administration is currently creating the environment needed for more widespread use of the qualified electronic signature.

Last year, e-signatures were used three times more often than in 2006, according to a report by the Disig certification authority.

"People usually request more detailed information about whether implementing the electronic signature is burdensome," Ľuboš Batěk, chairman of Disig's board of directors, said in a statement. "Most of our clients are businesses, but ordinary people are interested in our services as well."

However, there are still some obstacles, both subjective and objective, to using the electronic signature freely.

"There are four accredited authorities in Slovakia that certify companies as ready to use the electronic signature," Patrik Krauspe from the First Slovak Certification Authority (PSCA) told The Slovak Spectator. "Nevertheless, the number of certificates issued has not been as large as it could be. This is caused mainly by insufficient opportunities to use the e-signature and the bureaucracy connected with adopting it."

Krauspe said that the situation is similar in developed countries.

"Spain, Italy and Estonia are the only exceptions," he stated. "The Estonian government has enthusiastically supported widespread use of the e-signature. They have, for instance, started issuing identity cards with microchips inside that will enable a qualified electronic signature to be recorded directly into the ID cards."

Even though a qualified electronic signature (QES) certificate costs around Sk900 (€28) a year, it can save a company much more, Ivana Hricová from Disig told The Slovak Spectator.

"The e-signature saves money when establishing a new firm or submitting a tax return," she said, adding that there were many other uses as well. "Many state institutions accept the QES, including the Tax Directorate, Customs Directorate, Commercial Register, health insurance companies and public procurement authorities."

Still, certification companies try to make the e-signature as affordable as possible. Batěk said that prices could ease as demand rises.

"This is possible only if QES use becomes more widespread," he said.

Safer than by hand

According to Krauspe, one of the main advantages of the e-signature is its safety. It verifies the author's identity and ensures that a message has not been altered.

"Moreover, the authorship of the material cannot be denied and no blank documents can be signed," he stated. "Therefore, I believe the electronic signature is safer than signing by hand ones." Hricová agrees.

"The QES makes electronic communication both safer and more transparent, which is nowadays very important," Hricová said. "These attributes certainly support the use of e-signatures in the near future. After all, Slovakia has long benefited from European Union funds, through which billions of crowns are being sent to public institutions with the objective of implementing the electronic signature system as soon as possible."

"Provided all security rules are met, electronic signatures are even safer than signing by hand," Goldschmidt said. "However, the possibility of fraud cannot be eliminated 100 percent."

Private certification authorities have to raise considerable capital to start a business in this area. The accreditation costs amount to about Sk150 million (€4,6 million), a report by the NBÚ says. This means their business becomes profitable only after issuing approximately 400,000 certificates.