THE WORST nightmare of tenants living in property that was returned to its owners under post-communism restitution laws has been put off for a later day. 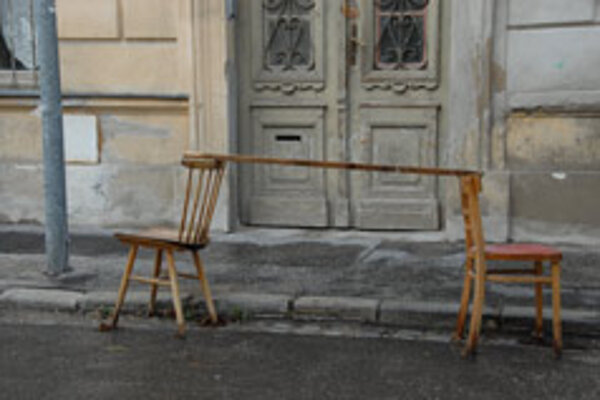 THE WORST nightmare of tenants living in property that was returned to its owners under post-communism restitution laws has been put off for a later day.

The Robert Fico government will keep regulating the rents of residences that were returned to their original owners, whose property was seized by the former regime.

The regulation will continue until at least the end of this year.

"The regulation might last longer than just the end of 2008," Prime Minister Fico said on March 5. "It will probably be continued until a long-term solution to the tenants' situation is found."

The move has set the renters - mostly older inhabitants who claim market-value rents would force them onto the street - against landowners, who claim the regulation violates their rights.

The state originally capped the rents as a form of compensation for the tenants, who are not allowed to purchase the property. But the owners say this makes it impossible for them to invest in reconstruction or any other kind or development.

The uncertainty has left both sides impatient for resolution.

Construction Minister Marian Janušek proposed a gradual deregulation of the rents at the rate of 20 percent a year over five years, during which the government would guarantee substitute housing for pensioners and low-income families. But the Fico cabinet rejected the plan.

"If we do not solve it now, we will have to return to the problem in a year or two, or in five years," Janušek told the public service Slovak Television on March 6. "It could well happen that the state will be forced not only to solve the situation, but to pay fines for infringing on ownership rights."

The Labour Ministry told The Slovak Spectator that when it comes to providing substitute housing, the draft bill would have put the tenants in a more disadvantageous position compared with other tenants protected under the provisions of the civil code.

Labour Minister Viera Tomanová told the public service Slovak Television that one of her ministry's priorities is to see that the tenants are provided with adequate substitute housing.

Fico said that the state should distinguish between those who own real estate but live in restored property and those who have nowhere else to go.

The impasse dates back to the restitution laws that followed the collapse of socialism, during which the state returned about 7,000 apartments to people who had been stripped of their property, according to the Sme daily.

This mostly affected property in larger cities, such as Bratislava, Košice, Nitra and Banská Bystrica. However, no precise estimate exists of how many people would be affected if the cap on the rents was removed.

According to Sme, a rent-controlled, 140-square-metre apartment in an upscale section of Bratislava is rented for Sk3,200 a month. The market value is Sk21,500 a month.

On March 5, about 100 people protested in front of the Cabinet Office against deregulation of the rents.

Kristián Straka of the Right to Housing civil association, which is representing the tenants, said that anything in the vein of the Construction Ministry's proposal would have grave consequences.

"If the rent is deregulated, most of the tenants would not be able to pay and would end up on the streets," Straka told The Slovak Spectator. "I don't believe this government would allow that to happen."

He continued that the proposal would have put the tenants on much less solid legal footing.

"The name of the law itself suggested that its aim was to solve the owners' situation, not the tenants'," Straka said, adding that the state should have resolved this at the same time that it ordered the restitution.

But Radoslav Procházka, a lawyer who is representing several of the owners at the European Court of Human Rights in Strasbourg, said that regulating the rents violates ownership rights guaranteed by both the Slovak constitution and international law.

"On the one hand, no law is better than a bad law," Procházka told The Slovak Spectator. "But delaying deregulation only deepens the problem."

Procházka did acknowledge, however, that the best solution is one that respects the rights of both parties.

At the heart of the issue is whether the state considers protecting the tenants a matter of public interest, Procházka said. If so, it should foot the bill for that, not private individuals, he said.

"The key is for the state to stop loading its burden onto the shoulders of private individuals," Procházka said.

Meanwhile, Straka said his association has prepared a draft that he says will satisfy both sides.

"The tenants should be financially reimbursed or provided with alternative housing that they could actually buy," Straka said.

He estimated that Bratislava's Old Town alone holds 3,000 apartments inhabited by pensioners who could not afford to rent at market value.

Another option would be to reimburse the tenants with bonds, Straka said.

The state obviously did not assume that most of the original owners would transfer the property obtained through restitution to third, fourth or fifth persons, who are not interested in keeping them residential, he said.

"Therefore, they consider the tenants a nuisance," Straka added.

Ľuba Lesná contributed to this report.