LOSING non-critical body parts apparently struck some people as an easy route to insurance riches - or at least this is what a recent, well-known case suggests. 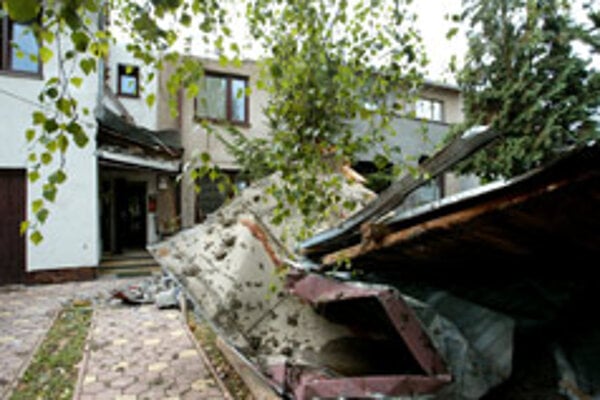 LOSING non-critical body parts apparently struck some people as an easy route to insurance riches - or at least this is what a recent, well-known case suggests.

Shortly after a group of Slovaks signed high-paying life- and injury-insurance contracts with several insurers, a series of "injuries" occurred, resulting in a brace of severed fingers. The case is now under investigation. Non-life insurance scams might be less shocking, but they are actually more frequent in Slovakia than life-insurance scams. By contrast, in countries with a longer history of market economics, life insurance scams are more common.

In Slovakia, people tend to invest more money in non-life insurance, such as cover for their property, while fewer funds flow into life insurance. This makes the life-insurance segment less attractive for fraudsters, said Lea Valachovičová of Allianz-Slovenská Poisťovňa, the biggest insurer in Slovakia.

However, the number of life-insurance scams has been growing gradually in Slovakia.

Fraudsters can face up to 15 years in prison if convicted of insurance scams, depending on the size of the crime, the type of scam and the method used to commit the crime.

Other insurers have reported a similar development in fraud cases.

Česká Poisťovňa - Slovensko, for example, reported back in 2006 that 96 percent of their suspect cases pertained to non-life insurance, in particular car insurance, while only 1 percent of frauds targeted life insurance.

Scams affect each region of Slovakia, Allianz-Slovenská Poisťovňa reported, though different techniques are popular in different regions. Northern Slovakia, for example, has a higher number of older cars than other regions and owners tend to lack comprehensive cover to pay for damage caused by accidents. Some owners therefore try to claim damages on their relatives' third party liability car insurance, often not realising that they are committing a fraud, according to Allianz-Slovenská Poisťovňa.

It has become customary for insurers to publicise the most common or bizarre attempted scams.

In one case, an owner insured an old abandoned building in eastern Slovakia. A couple of months later he reported that heavy rainfall had flooded the entire building, causing water damage from the basement to the ceiling, according to Allianz-Slovenská Poisťovňa. However, the insurer discovered that the walls of the building were drenched not with rain water but with urine from a nearby farm. The owner had in fact insured a previously-damaged building, hoping to be paid Sk150,000. In the end, presented with overwhelming evidence, the owner confessed and now faces criminal prosecution for an attempted insurance scam.

In another scam, the insurer was told about a car accident in which a Ford was reportedly hit by a Škoda. Upon inspection, the damage to the Ford did not correspond to the description of the accident. Further investigation revealed that the car had in fact been imported from Germany after being damaged in an earlier accident. The owners had registered the car with the police without reporting the damage or having it repaired and subsequently tried to claim Sk170,000 from the third party liability insurance of the Škoda which they alleged caused the car accident, Allianz reported.

Zemanová also described a case in which a client cut off his own scrotum, but in a manner which made clear the injury was far from accidental. This case is also being investigated.

The insurer normally checks whether an event could have happened in the way the client describes it, said Vojtech Kosík of Allianz-Slovenská Poisťovňa.

Kosík also pointed to insurance scams involving ante-dated contracts, but said these can now be easily tracked due to a special process linked to signing contracts. Insurers also cooperate with police and foreign insurers.

The available insurance market statistics suggest that fraudsters net as much as 10-15 percent of insurance pay-outs, Allianz-Slovenská Poisťovňa reported.