The Use of Renewable Energy - a new Trend 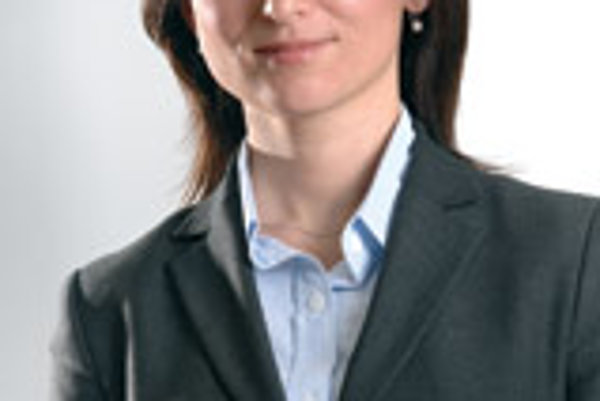 The energy market in Slovakia

The Slovak energy market has experienced a significant transformation in recent years, marked not only by the partial privatisation of the former state energy generating stations by the major companies such as E.ON/Ruhrgas, RWE and ENEL but also by the increased dependence on energy imports. Over 90 % of primary energy sources are imported from abroad. This is due firstly to a considerably increased energy demand as a result of the very considerable economic development of Slovakia as a manufacturing location, which is expected to continue increase in the coming years. According to studies, Slovakia also belongs to the most energy consuming economies in the EU. In addition, Slovakia is closing two atomic energy blocks as required by EU entry and thereby reducing its production capacity considerably. In the absence of adequate domestic primary energy, nuclear generation of energy will continue to dominate. It represents at present 55 - 60 % of the annual generation capacity. Two power stations in west Slovakia (Jaslovské Bohunice and Mochovce) operate on the basis of nuclear energy. For the years 2009 to 2012 the expansion of Mochovce by two new reactor blocks is planned and the construction of a new nuclear power station is also being discussed.

Slovakia reacts to the increasing energy demand and the existing dependence on energy import with the development of new energy generation locations. The Slovak government, in several documents, has declared its interest in the significant use of renewable energy sources in the new future. Ensuring reliable, at least partially independent, power supplies in the coming decades requires an increase in the proportion of renewable energy in energy consumption. The focus of the EU on the use of renewable energy together with national demand significantly increases these tendencies. If Slovakia wishes to meet the requirement to increase the share of energy from renewable sources in final consumption of energy by 14 % by the year 2020, the demand for investment in the use of renewable energy sources will be even clearer after the extension of the new nuclear generation blocks.

What is renewable energy?

Renewable or regenerative energy sources are sources which, unlike conventional energies such as oil, natural gas, coal and uranium, are inexhaustible because they are always newly produced in nature. Included are solar energy sources directly or indirectly resulting from the rays of the sun, wind, water and biomass as well as non-solar tidal and geothermal. Renewable energy not only has the advantage of being inexhaustible, but when they are converted into electricity, heat and driving power practically no carbon dioxide is produced, unlike coal, oil or gas. This is a decided advantage since carbon dioxide is contributing significantly to the world-wide climate change.

Renewable energy is, however, still mostly more expensive. Renewable energy needs legal supports to balance out the economical disadvantages and to break through in the market.

The use of renewable energy in Slovakia

While in the past, the use of biomass did not receive adequate attention, it is considered today to have the greatest potential for increase among the renewal energy sources. The proportion of biomass in energy generation in Slovakia is small at approximately 2 % of energy consumption (the EU average is approximately 4 %). The use of biomass has shown a relatively stable rate of increase in recent years. This tendency is illustrated in some government documents, most recently at the end of February of this year in the Action plan for the use of biomass for the years 2008 to 2013 ("Akčný plán využívania biomasy na roky 2008 - 2013"), which is based on a similar document of the EU Commission, namely The Biomass Action Plan of December 2005. It is expected that the potential for the use of biomass could expand to approximately 18 % of the entire energy generated in Slovakia. Biomass has therefore the greatest growth potential of all renewable energy sources in the coming 5 to 10 years. The high potential for the use of biomass arises in particular in heat generation (tepelné elektrárne), biogas production or manufacture in the form of methylester as an addition to fuels and in the form of bio-alcohol as an additive to petrol also. Investment in rape seed oil is also under discussion. In this connection, it should be noted that the Slovak government, as the first of the CEE states, implemented the obligation to add biofuels to diesel and petrol.

There is also considerable room for expansion of the use of solar energy and this is intended to be achieved, inter alia, by financial support for private households. In spite of the small proportion of solar energy in use, it is seen to have great potential. In the coming years, solar energy, in particular in the generation of heat and hot water as well as refrigeration, will be increasingly used.

As a further source of energy, at local level geothermal energy comes under consideration. Thanks to the geographical conditions here in Slovakia, there is a relatively high potential for the use of geothermal energy. The characteristics of the geothermal sources in Slovakia are particularly suitable for heating. At the present time, geothermal energy is used for heat generation at approximately 30 locations. Among the major pilot projects, the heating supply with geothermal energy to the city of Kosice is one of the most significant.

The use of wind energy in Slovakia is also limited. At the present time, there are approximately 3 wind parks in the regions of Záhorie (capacity 2.6 MW) Kysuce (capacity 2.0 MW) and Myjava (capacity 0.5 MW), all capable of expansion. According to some analyses, the profitability of wind energy is limited because suitable areas are mostly located in nature reserves. Nevertheless, a certain development potential is assumed. Several investors have already published their intention of investing in the construction of wind parks, e.g. the planned wind park with approx. 28 wind turbines in the Košice Region, or a wind park in the Zemplín region with approx. 30 turbines, Bratislava (Dunajská Lužná) and Rimavská Sobota. The Slovenská elektrizačná prenosová sústava, a.s. network operator has already received applications from wind energy investors to feed approx. 2100 Megawatt into the network.

Against the trend towards renewable energy is the new Income Tax Act No. 595/2003 Slg., which discontinued the tax advantages for income from trading in renewable energy. Nevertheless, there are other opportunities for obtaining financial assistance. European funds can be an incentive to invest in the Slovak market for renewable energy. In Slovakia, various biomass projects and small hydro electric generation stations have already been assisted by EU funds, as has the production of biofuels, the expansion of solar energy and geothermal installations and the use of co-generation plants. Financing of investment in renewable energy by means of PPP projects is also discussed.

In order to achieve the targets set for the use of renewable energy, the Slovak government has published its intention of assisting private households to use solar energy and biomass. According to the government intentions it is planned to assist the installation of solar collectors under certain conditions with approx. Sk75 million annually. The installation of biomass-using plants for private households is intended to be assisted to the extent of Sk25 million annually. Even if these plans have not been included in the national budget for 2008, it is not excluded that the government will nevertheless support the use of these renewable energy sources in the current year.

What trend is discernible?

Securing the future promotion and development of renewable energy of course requires a stable legal foundation. The Slovak government has initiated this with the document, mainly prepared by the Slovak Ministry of Economy - "Strategy for the Comprehensive Use of Alternative Energy Sources" of April 2007 and the "Draft Strategy for Security of Energy of the Slovak Republic" of November 2007 or the "Action Plan for the Use of Biomass" of February 2008 - and thereby given evidence of its interest in the efficient use mainly of solar energy, biomass and hydro electric generation.

The lack so far of statutorily fixed long-term purchase prices for energy from renewable sources can be seen as the main obstacle so far to investment in the use of renewable energy sources. In the future, purchase prices are intended to be guaranteed by law for at least 12 years. The statutory obligation to purchase energy from renewable sources and the statutorily guaranteed option to energy producers of access to the energy network are also crucial aspects for market development and stability. While these aspects are already included in existing laws and regulations to some extent, a new central statute on renewable energy expressly dealing with these matters is expected to be passed this year.

Regulatory transparency and a secure basis for investment should thereby be ensured, as this is the case in many other European countries, such as Germany and lately in the Czech Republic. With the Act on the Preference for Renewable Energy, Germany stipulated in 2000 that network operators are obliged to connect primarily to renewable energy producers and to supply primarily with renewable energy. Furthermore, the aforementioned German Act sets forth a minimum rate for renewable energy for a period of 20 years. These regulatory guarantee the significant expansion of the German renewable energy business and could be useful example for the future Slovak regulations. Planning reliability and investment protection are the keywords, when private investors describe the preferences of the German regulations.

Investment from foreign companies is anticipated in particular. Germany, for example, has the reputation of being the leading country in the field of renewable energy with the necessary know-how and resources for successful involvement in this newly developing industry in Slovakia. It is again worthwhile to take a look at our European neighbours.