Ruthenian Institute supports and reaches out

DESPITE both forced and natural assimilation throughout the history of Slovakia, the Ruthenian (or Rusyn) minority in the north-eastern region of the country has preserved its traditions. 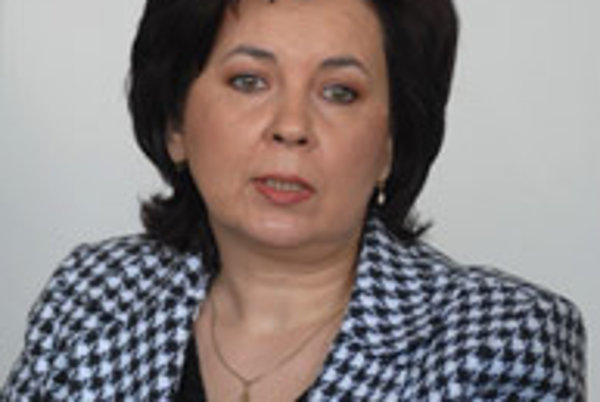 DESPITE both forced and natural assimilation throughout the history of Slovakia, the Ruthenian (or Rusyn) minority in the north-eastern region of the country has preserved its traditions.

And now, after years of relative obscurity, Ruthenian culture is experiencing a revival and several institutions are being founded in Slovakia to protect its heritage.

Recently, the University of Prešov has contributed to promoting the legacy of the people who used to call themselves "the people from nowhere".

As of March 1, the Institute of Rusyn Language and Culture (IRJK) became the first and highest scientific authority for research in the field.

"By establishing the new institute, we hope to raise the awareness of Ruthenian lore as well as highlight the present-day status of the Rusyn minority," Anna Plišková, the newly-appointed director of the IRJK told The Slovak Spectator. "We should be able to accomplish that to our fullest extent now that we are independent from the institute's precursor, the Department of Rusyn Language and Culture at the Institute of Regional and Ethnic Minority Studies, where we always had to share resources."

The main aim of the IRJK is to educate specialists who will later teach and conduct research. Although as many as 25 students have graduated with degrees in Rusyn language and culture so far, the BA programme, which was launched in 2006, currently has only one student enrolled. Others declined to enrol at the beginning of the academic year or have since left the programme.

"Given the fact that we started from virtually nothing, even such a low number can be regarded as a success," Plišková said. She added that popularity of the programme has been increasing. "Last year, 14 applicants took the entrance exams, compared to seven in 2006."

Plišková believes that now that the new institute is established, the situation will quickly improve.

"We have already started to prepare various events and projects, which will hopefully inspire more young people to study Rusyn language and culture," she stated. "Among these activities, open-doors day and a summer school in the Rusyn language are most worth mentioning."

Apart from its educational goals, the IRJK aspires to become a multilateral cultural centre that will link Ruthenians with other cultures.

"This ethnic group should definitely be respected, since there are hundreds of people who identify themselves as having Rusyn heritage," René Matlovič, rector of the University of Prešov, told The Slovak Spectator. "That is why we encourage all citizens to become better informed about the Ruthenians."

He also said that the sphere of the institute's activity will not stop at the Slovak border.

"We anticipate the creation of a partnership network with similar organisations abroad," Matlovič said. "Departments of Rusyn language and culture can be found in Poland, Serbia, Hungary, and Canada. Cooperation with these centres would provide us with a good opportunity to extend our projects."

Matlovič noted that the IRJK will be financed from the state budget, grant schemes and its own business activities and added that "the university's support of the Ruthenian language and culture programme is far from having reached its peak."

One of the best-known people of Ruthenian heritage is Andy Warhol, whose parents came from Miková, a small village in eastern Slovakia.

The number of people speaking the Ruthenian language in Slovakia is estimated at 50,000.

The situation is complicated, however, because the Rusyn national minority was not officially acknowledged during communism, when Rusyns were misidentified as Ukrainians.

For the first time since the Second World War, Rusyns living in Slovakia were given the chance to identify themselves as Rusyns during the 1991 census. At that time 16,937 Slovak citizens declared themselves Rusyns.

Ten years later, during the next census, 24,000 Slovak citizens declared themselves Rusyns.

The World Academy of Rusyn Culture writes on its website that approximately 1.2 million Rusyns live within the borders of five countries: Poland, Slovakia, Ukraine, Romania and Hungary, and notes that they have never had a state of their own.