Leasing clients are likely to stay put after euro

IF Slovakia enters the Eurozone, the amounts in leasing contracts will be converted into euros and interest rates will be set by the European Central Bank. 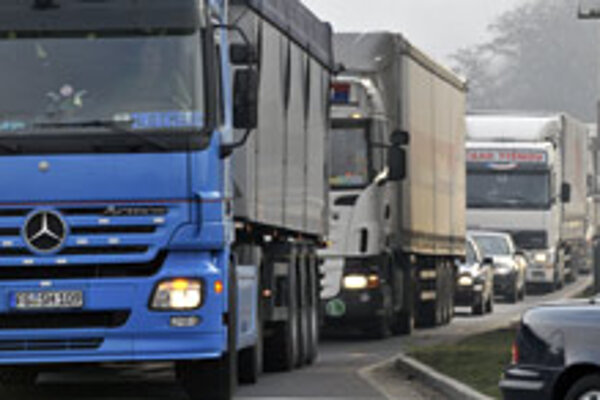 Vehicle leasing is declining as a share of the overall market. (Source: ČTK)
Font size:A-|A+

IF Slovakia enters the Eurozone, the amounts in leasing contracts will be converted into euros and interest rates will be set by the European Central Bank.

As a result, businesses and individuals will get a more unified picture of the terms and price of leasing in Slovakia and across the Eurozone, which will increase competition.

But Slovak-based leasing companies have said they expect their clients will keep their agreements at home. The companies also confirmed that they don't see the adoption of the euro as a reason to increase prices.

"Clients will be better equipped to compare the price of leasing in other countries," said Radovan Chudada, a member of the board of directors of Leasing of Slovenská Sporiteľňa (Leasing Slovenskej Sporiteľne) at a press conference. "However, I suppose that the majority of clients will remain in the Slovak market."

Edita Szászová, commercial director of Tatra Leasing, agrees that an outflow of Slovak clients to companies abroad is unlikely.

"This may happen only if a corporate client has a branch in a different country, which means it already does its accounting according to this country's rules and is likely to take financing from this country as well," Szászová told The Slovak Spectator.

But after the introduction of the euro in Slovakia, clients will no longer face the risk of the fluctuating exchange rate between the Slovak crown and the euro, added Chudada.

"Changeover to the euro is not a reason for us to increase fees and payments connected to leasing," said Anna Rigáňová, chairwoman of the board of directors of Leasing of Slovenská Sporiteľňa.

Last year, the volume of new leasing contracts in the Slovak market increased by 7.8 percent, according to the Leasing Companies Association, which has 36 members. Last year's expansion was below that of 2006, when it reached 26.4 percent, according to the SITA newswire. The growth in leasing has slowed in recent years, the association said. Miloš Randák, its chairman of the board of trustees expects a similar increase of up to 10 percent this year.

Leasing of movable assets made up the greatest portion of total leasing contracts, representing 95.3 percent.

The volume of car leasing constituted the biggest share of the movable assets leasing market, worth Sk23.2 billion. Passenger cars are generally the most often financed item, but their share has been shrinking rapidly, the association reported. The volume of truck leasing was Sk18.4 billion and was also in decline. Machinery and equipment leasing followed with Sk17.5 billion.

UniCredit Leasing closed contracts with the highest total volume of financed assets, at Sk13.4 billion. ČSOB Leasing came in next with Sk12.3 billion, followed by Tatra Leasing, at Sk8.9 billion.