Best years of factoring are yet to come 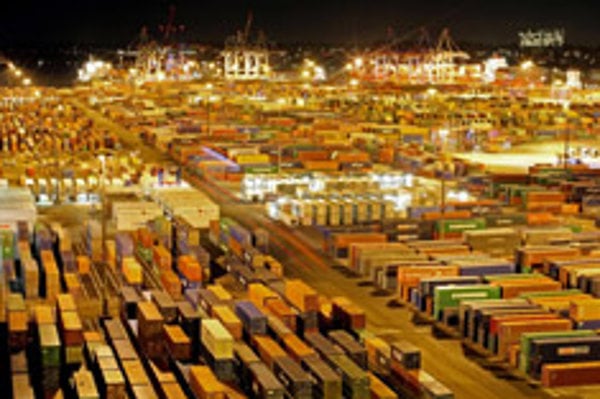 We'll pay you when we find it: factoring is increasingly popular in the export business. (Source: SITA)
Font size:A-|A+

This is not a cause for concern, but a sign that the factoring market has stabilised and is healthy, experts say.

Factoring companies say the future of the sector lies in managing clients' receivables, which is one of the services they provide.

Four years ago, factoring - the selling of accounts receivable at a discount before they're due, which are then collected from the debtor at full value - was an unknown term for Slovak companies. It has now become a regular part of their financial management. In selling their receivables to a factor, firms relieve themselves of the cost and risks of the credit and collection, and get an influx of cash from closing the contracts.

Turnover from factoring services that are members of the Slovak Association of Factoring Companies reached Sk46.3 billion last year, which was a 2.5 percent growth year-on-year.

"When compared to previous year-on-year growths, it is a relatively weaker increase," Ľubor Procházka, head of Tatra Banka's factoring department, told The Slovak Spectator. "But that does not mean that factoring is losing its attractiveness. After strong gains in 2006, the situation on the market is stabilising."

In fact, Procházka believes the prospects are good for factoring in 2008, as the market is now healthy and ready for expansion.

"The growth of the Slovak economy and the increased demand for financial resources, on top of a greater awareness of the product within the business community, have contributed to this development," Búc told The Slovak Spectator.

According to Búc, the maturing economy is producing a higher volume of business transactions, which generate receivables.

"Factoring's potential as a modern and operative tool of financing and administering of receivables has not yet been exhausted, and we believe that its best years are yet to come," Búc said.

Fierce competition has pushed factoring companies to create new products tailored to the needs of not only small and medium sized companies, but also larger companies, which are considered prime clients. This development has elevated factoring to a higher standard, according to the Slovenská Sporiteľňa bank.

The use of factoring services is becoming a prestigious form of financing, the bank said, adding that it is a growing trend worldwide.

Membership in the European Union, which spurred Slovak companies to expand exports, have fostered the trend domestically.

According to Procházka, all business segments can benefit from factoring: small companies, for which factoring is often the first service for financing activities; as well as large companies which need to minimise risk or use receivables administration to allow them to keep focused on their core business.

For example, construction companies have taken an increased interest in financing through factoring due to the upsurge in construction projects, which have long payment maturity dates in supplier-buyer contracts, Procházka said.

Considering factoring's high effectiveness in offsetting the loss from overdue debts, large companies have become the prevailing proponent of outsourcing the administration of receivables, Slovenská Sporiteľňa added. Clients with an annual turnover of Sk20 million to Sk150 million have a decisive share in the portfolio of factoring companies, Búc said..

In previous years, factoring was primarily seen as a way for firms to access cash, but clients are now seeking additional factoring products.

Companies have become curios about complex service packages, said Procházka. Along with financing, factoring can provide the treatment of risks and administration of receivables, he added.

In the future, Tatra Banka expects an increase in the share in factoring without recourse - in which the client has no liability if the debt remains unpaid - on the total volume of factoring turnover, Procházka said.