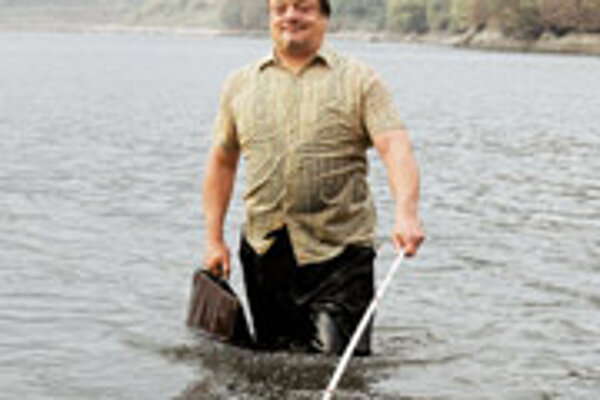 FILM FESTIVAL: AS IN previous years, the Febiofest film festival, after completing its tour of the Czech Republic, arrives in Slovakia. It will tour eight Slovak towns, bringing to film fans the best from this international film, television and video festival. This year, Febiofest's main section, New Czech and Slovak Film, offers six Czech and eight Slovak movies. Czech cinema will be represented by such films as Citizen Havel by Pavel Koutecký and Miroslav Jano. The Slovak section will screen Music, a film by Juraj Nvota, a tragicomic story about three musicians living in the depths of communism. This film will open the festival in Bratislava on March 31. Other Slovak films also inclide the documentary Slepé Lásky (Blind Loves). In the New Romanian Film section, the festival's screenings include the acclaimed 3 Weeks and

2 Days, by Cristian Mungio. The festival will last from March 31 to April 30. For more information, dates and films, go to www.febiofest.cz and www.asfk.sk.

FESTIVAL: Hammerklavier Festival - The culmination of a festival dedicated to the piano on which Ludwig van Beethoven and his contemporaries played and composed.

BALLET: Le Corsaire - The Slovak National Theatre ballet ensemble performs this piece, inspired by Lord Byron's poem, for the last time before retiring it from the repertoire.

CLASSICAL MUSIC: Confrontations - One in a series of concerts connected to an exhibition of paintings by Táňa Žitňanová and sculptures by Marek Žitňan.

EXHIBITION: Where Did the Mistake Happen? - This display, subtitled Visuality versus Reality, presents various forms, approaches and concepts of the manipulation and transformation of reality by eight Slovak contemporary artists whose works have long been an example of this topic.

FILM FESTIVAL: THE KOSODREVINA mountain hostel in the Low Tatras hosts the European Kayak and River Film Festival between April 4 and 6. This festival, now in its eleventh year, screens amateur and professional movies by foreign and Slovak fans of water sports. Visitors can see more than 20 short films about wild rivers in Africa, Pakistan and Siberia. Peter Csonka and Nina Halašová, Slovaks who rank among the world top freestyle kayakers, will show films from their expedition in Uganda, where they were the first kayakers to navigate the rapids of the White Nile. The patron of the festival, German filmmaker and adventurer Olaf Obsommer, will be present as well. If there's good weather, skiing and floating on local brooks will be part of the day's activities. Tickets for the whole festival (including accommodation and half board) cost Sk1,400 and Sk1,200. For more information, go to www.paddler.sk.

CLASSICAL MUSIC: Women's Chamber Orchestra - The opening concert of the Poprad Music Spring is dedicated to the 100th anniversary of the birth of Slovak national composer Eugen Suchoň.