BRATISLAVA airport has some lofty ambitions. By 2012, it hopes to boost its capacity to serve 5 million passengers per year, providing investment plans work out. Bratislava promises, among other things, a new passenger terminal and growth in the surrounding facilities. While the airport knows how it will finance its initial investments, it hasn’t yet confirmed exactly where the money is coming from to pay for the second stage of the ambitious plan. 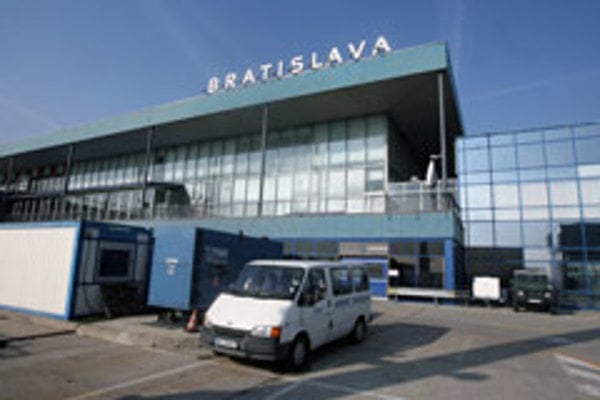 BRATISLAVA airport has some lofty ambitions. By 2012, it hopes to boost its capacity to serve 5 million passengers per year, providing investment plans work out. Bratislava promises, among other things, a new passenger terminal and growth in the surrounding facilities. While the airport knows how it will finance its initial investments, it hasn’t yet confirmed exactly where the money is coming from to pay for the second stage of the ambitious plan.

M. R. Štefánik Airport plans to build its new terminal by 2010, which would boost passenger-handling capacity from the current 2.6 million per year to 3.5 million. The bill for the terminal is expected to be Sk1.6 billion (€50 million).

The airport plans to announce a tender for construction of the new terminal in September 2008.

Between 2010 and 2012, the airport wants to rebuild the existing terminal and connect it with the newly built terminal, a move which would further boost capacity to 5 million passengers per year. The maximum hourly capacity of the airport would increase from 920 to 1500 checked-in passengers. This capacity should be sufficient until 2018, Dana Madunická, the airport’s spokeswoman, told The Slovak Spectator.

Total investment in the first stage of the modernisation plan is estimated to be Sk4.9 billion (€151 million) by 2012 and will be financed through three channels. The airport plans to take out a Sk800 million loan, with the state contributing Sk2.1 billion to the project. The remaining Sk2 billion should come from the airport’s own resources and would be used to buy technology for services at the new terminal, reconstruction of runways and regular maintenance, said Madunická.

However, according to Miroslav Šmál, spokesman for the Finance Ministry, the state’s contribution is still subject to negotiation.

“Considering this is a considerable sum of money, it is likely that it will be discussed during the state budget negotiations in the autumn,” Šmál told the Sme daily.

In the second stage of investments, the airport plans to develop its surroundings by building a modern parking facility and building a rail link to the airport, Madunická said.

All this would increase the total investment to Sk10 billion. However, the source of financing for these additional investments is still open, with the airport considering a combination of public and private funds within PPP projects.

“This plan will cover the main needs of air transportation in the Slovak capital and increase the value of the airport itself,” said Karol Biermann, chairman of the board of directors of M. R. Štefánik Airport at a press conference on March 18. “We will turn the current airport into a modern European airport and dignified gateway to Slovakia.”

Biermann also said that the planned constructions and repair works will not affect ongoing operations at the airport.

The airport is also promising to improve conditions for airlines and parking for their planes, which according to Biermann, should boost the competitiveness of Bratislava airport and the development of air transportation in Slovakia.

Meanwhile, opposition deputy and former transport minister Pavol Prokopovič, of the Slovak Democratic and Christian Union, has criticised the government’s approach to the airport and its development plans.

He compared the airport to a hibernating bear that is now rolling over and continuing its winter sleep, as quoted by news wire SITA.

The previous Mikuláš Dzurinda government had brokered a Sk20 billion privatisation deal with a consortium made up of the Slovak private equity group Penta, Vienna airport and Austria’s Raiffeisen Zentralbank (TwoOne) in 2006. However, the government of Robert Fico cancelled the privatisation shortly after taking power. The would-be investors had pledged to expand Bratislava airport’s existing terminal immediately following the takeover and construct a new terminal by 2009.

“We welcome any activities that help our business, which is to carry the highest possible number of people for the lowest possible price,” Tomáš Kika, spokesman for SkyEurope, told The Slovak Spectator.

SkyEurope, however, has extended its cooperation with Vienna International Airport, which has been viewed as a serious competitor to Bratislava airport.

Europe’s biggest low-cost airline, Ryanair, has been holding talks with several European airports, including Bratislava airport, about establishing its new European airport bases, the SITA newswire reported. If Ryanair opted for Slovakia, the number of destinations which the airline would serve from Bratislava could increase to 20 or more from the current 11.

While the talks are still underway, the airline did not want to comment. However, Ryanair Director General Michael O’Leary said in November last year that the decision will depend on the conditions and prices Bratislava airport offers.

“The airport should improve and lift the quality of some of its services,” O’Leary said in November, as quoted by the financial daily Hospodárske Noviny.

Last year, 2,024,142 passengers travelled through the airport, a 4 percent year-on-year increase, according to its spokeswoman.