WHILE Slovak transport firms might be sticking with traditional methods of moving freight for now, the rising costs of road haulage will certainly make them think about combining different means of transportation. 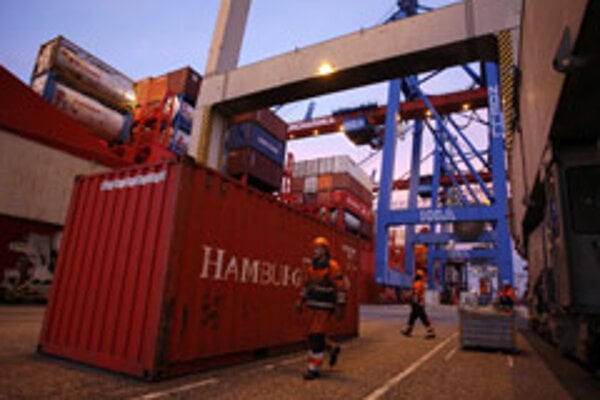 WHILE Slovak transport firms might be sticking with traditional methods of moving freight for now, the rising costs of road haulage will certainly make them think about combining different means of transportation.

Intermodal transportation – whereby containerised freight travels by multiple means, such as rail, ship and truck - offers several advantages, say experts. However, Slovakia is not yet equipped for its widespread use.

One of the country’s few intermodal projects will start in May on the Bratislava–Trstená route connecting southern and northern Slovakia. It will be the first ever ‘Ro-La’ system to be used in Slovakia, in which trucks loaded with freight are transported first by rail and then continue by road to their destination.

Experts say that Slovakia will see more intermodal transportation projects in the future since these not only save money but also reduce traffic on Slovakia’s already heavily-used roads.

The growth of the automotive industry and the importation of large components via sea have been calling for the development of this type of freight transport, according to Ivan Gavora, project manager of the Transport Research Institute.

“Slovakia thus has to opt for intermodal transportation, though the country is technically not fully equipped,” Gavora told The Slovak Spectator.

According to him, Slovakia lacks intermodal terminals and the country needs to invest in special railway wagons to use for trains connecting Slovak and major European terminals.

The apparently high price for building a terminal (about Sk1 billion per terminal, meaning a network might cost Sk5 billion) is negligible when compared to the benefits that would be derived by shifting part of the freight currently moved by road to intermodal transportation, he said.

Slovakia could use EU assistance for developing a network of terminals near to which logistic centres would be located, Gavora said.

“For Slovakia it would make sense to develop freight transportation in containers or semi-trailers for trucks that could support ‘city logistics’”, he said. “The ever-growing number of trucks transiting Slovakia could be reduced by transporting them by rail (the Ro-La system) or by ship (Ro-Ro system)”.

Using this method trucks would be loaded onto cargo wagons somewhere near Slovakia’s borders and would then be transported to ports or international centres close to their destination, Gavora concluded.

When his company starts offering Ro-La services in May, truck traffic using the north-south road corridor should be reduced in the first stage, according to Robert Méry, commercial director of Rola Transport. On the Bratislava-Trstená route, the service should take dozens of truck off the road daily, he said. In the second stage, Bratislava should be linked with Eastern Slovakia, Méry added.

“We are not excluding the possibility of international routes, but here it would be necessary to negotiate conditions with strong partners,” Méry told The Slovak Spectator.

The Ro-La system, according to experts, combines the advantages of the railway with the flexibility of road transportation.

The railway’s main advantage is its reliability and the exact timetabling which allows transportation schedules to be built around it. However, it doesn’t have the flexibility of road transportation.

The Ro-La system makes use of these advantages, while allowing trucks to continue to destinations which the railway doesn’t reach, Méry said.

Comparing road transportation with intermodal transportation, trucks transported by train are cheaper and can avoid traffic jams while the risk of accidents and damage to transported goods is reduced, Méry said.

The time that the truck driver and his vehicle spends on the train is classified as resting time, which means that the cargo can travel more kilometres per day as the driver does not have to stop for rest breaks, Méry added.

In addition, Méry said, the Ro-La system is more environmentally friendly since instead of dozens of diesel engines only the train locomotive’s electric motor is employed.

Of the Visegrad Four countries the intermodal system is in use in Hungary where it forms a successful part of the logistics network, Méry said.

In Slovakia transporters still tend to be conservative and it’s taken time for them to learn to use the intermodal system, he said.

“The growing costs of freight transportation via road networks for longer distances will force transporters to use the railway infrastructure more frequently,” Méry concluded.