FOR JANA Jakubíková, a medical researcher at the Slovak Academy of Science (SAV), these three words define the qualities that make her field fascinating and engaging. 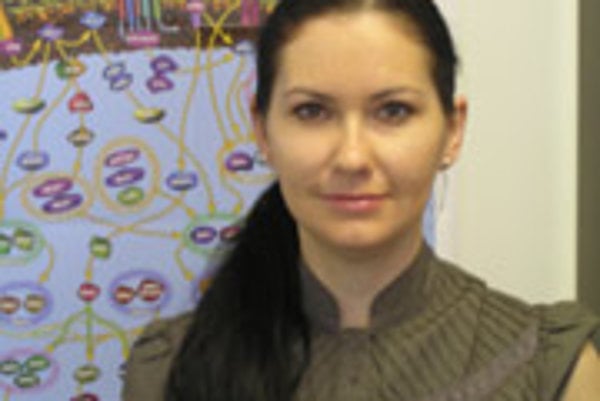 FOR JANA Jakubíková, a medical researcher at the Slovak Academy of Science (SAV), these three words define the qualities that make her field fascinating and engaging.

Her interest in science started early. Jakubíková remembers enjoying chemistry and biology while in secondary school.

“I knew even then that I was fascinated by the human body on the cellular and molecular level,” she told The Slovak Spectator.

She originally dreamt of becoming a doctor, but after graduation she opted for biochemistry at the Faculty of Natural Sciences of the Comenius University in Bratislava. That was where she was introduced to oncology research, which became the focus of her biochemistry studies.

While writing her Master’s thesis Jakubíková was fortunate enough to work in the Laboratory of Tumour Immunology at the SAS’s Cancer Research Institute. She grew very fond of the work environment and her colleagues, so she completed her PhD in the same laboratory, under the same supervisor, Dr. Ján Sedlák.

Today, Jakubíková is on staff at the Tumor Immunology Lab, and she still enjoys working there.

“We have a great collective of seven colleagues and we cooperate with other laboratories as well,” she said.

Jakubíková’s research extends beyond oncology to include immunology and cellular and molecular biology. Two years ago, she was awarded Slovakia’s prestigious Young Researcher 2005 Award for her study of intracellular regulations and basic vital processes in cancer cells and how the processes are affected by pharmaceuticals and natural substances.

“My research at the Slovak Academy of Sciences involves analysing the effects and mechanisms of natural and synthetics isothiocyanates,” she explains.

The best known isothiocyanate is called sulphoraphan, whose concentration is very high in broccoli. According to Jakubíková and her research, sulphoraphan can be used to kill tumour cells without harming normal cells.

“Epidemiologic studies have shown that frequent consumption of broccoli and similar vegetables, such as spinach or cabbage, can help to decrease some types of tumours,” she said. However, eating these kinds of vegetables is not a surefire way to prevent cancer, she added.

Since last April, Jakubíková has been attending a three-year postdoctoral training programme at the Dana-Farber Cancer Institute of the Harvard Medical School in Boston, United States. She works at the Medical Oncology Department under the supervision of Dr. Kenneth C. Anderson, researching the biology of multiple myeloma - a disease in which tumours form in bone marrow.

One of her current projects identifies multiple myeloma cells, particularly “the first cell”, which causes the illness.

“Discovering ‘the first cell’ can help us to understand how the illness starts and how to develop an effective treatment,” Jakubíková explained.

Jakubíková had some international experience before going to the United States. During her PhD study she took part in a research stay in the Department of Gynaecology and Obstetrics at the Allgemeines Krankenhaus Wien (AKH), in Vienna. And after winning the Marie Curie Scholarship, Jakubíková spent a year at the Institute of Food Research in Norwich, England.

She said that time abroad adds tremendously to a researcher’s personal and professional development by giving him or her perspective on research conditions in their home country.

“One has the chance to learn about new technologies and methods that are not always available at home,” she said.

It also opens the door to new contacts and opportunities, she said.

“Most of all I appreciated the chance to experience and learn about things that I would be able to use in Slovakia in the future,” she said.

Jakubíková added that even though she chose to study in the United States, she definitely plans to bring her new expertise back to Slovakia.

But she admits that scientific work faces some challenges in Slovakia compared with other western countries.

“It’s not about the quality or the knowledge of the scientists, the difference is in the financing of science,” she said, lamenting the lack of experiment materials in Slovakia, or the challenges of receiving an adequately financed grant.

“Young researchers have an especially hard time because there is no possibility for them to get a grant and then competing with older scientists with a bigger number of publications or quotations becomes virtually impossible,” she explained.

Jakubíková shared that there are moments when she feels as though her research has hit a dead end and she is tempted to give up. It’s at times like this when patience and persistence are most important, she said.

It’s her passion for science that keeps her motivated.

“Science pushes people forward and humanity has always yearned to discover the unknown and the nature of life,” she concluded.