EXTORTION charges have been dropped against two prominent supporters of the political opposition, attorney Ernest Valko and businessman Ladislav Rehák. 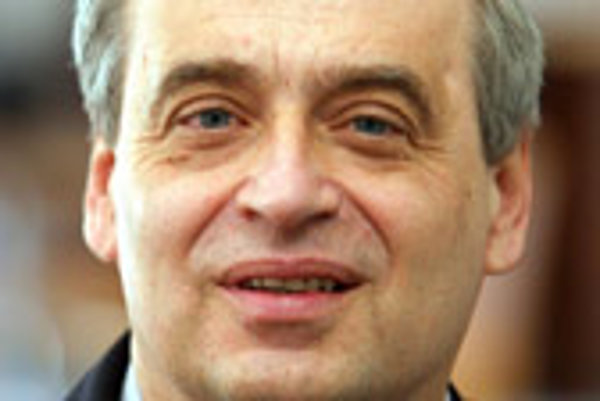 EXTORTION charges have been dropped against two prominent supporters of the political opposition, attorney Ernest Valko and businessman Ladislav Rehák.

Valko and Rehák spent three days in custody in November 2006 after police accused them of extorting millions of crowns from two men who had been contracted to buy land in western Slovakia for Rehák, Viliam and Rastislav Vittek.

However, Bratislava regional prosecution spokesman René Vanek said on April 7 that the prosecutor on the case had concluded that no crime had been committed. "We couldn't have made any other decision based on what the police gave us."

The ruling delighted the defendants - "it's great news for me," Valko said - but embarrassed the police, for whom the Valko and Rehák investigation was one of their first major cases against supporters of the former Dzurinda government under the new Fico administration. In a sign of the pressures involved, the long-serving head of the organised crime unit at police headquarters, Ján Vaľo, quit two days after the prosecutor dropped the case.

From the beginning, the case against Valko and Rehák had a strong political dimension. Rehák, the vice-chairman of the board at mobile firm Orange with major interests in real estate, was the largest financial sponsor of the opposition Christian Democrats party from 2001 to 2003. Valko, meanwhile, has defended the opposition Slovak Democratic and Christian Union (SDKÚ) in court, and currently represents former Finance Minister Ivan Mikloš in a libel suit against Prime Minister Robert Fico.

The police alleged that Valko and Rehák forced the Vittek brothers to sign a promissory note for Sk15 million in front of a public notary. However, the accused said that the Vitteks had confessed to embezzling the money by diverting the proceeds of land bought for Rehák under a mandate contract, and that they had signed the note voluntarily.

"It's the word of one side against the other, and we don't know who's telling the truth," said police vice-president Michal Kopčík at the time. The Vitteks remain under investigation by the police for fraud.

Valko and Rehák's supporters claimed to see political motives behind the pair's treatment. Police seized computers from Valko's office that had nothing to do with the investigation, but that contained sensitive information on cases Valko has fought, among others on billions of crowns in fraudulent promissory notes signed on behalf of the SPP state gas utility. Last year, a prosecutor ruled the police had committed procedural errors in their search of Valko's office.

Furthermore, the prosecutor who recommended the two men be taken into custody did not list a reason, resulting in their immediate release when the request came in front of a court - but not until they had spent the weekend in jail. Fico at the time observed that "several interesting days await us".

"From the beginning it was clear that the [police] approach was wrong, and that the intention was to scare other people," said former Interior Minister Martin Pado.

The prosecutor had already once returned to the case to the police, asking them to present further evidence to back up their charges. In the end, the proof was judged insufficient.

"From the information we had at first, it looked as if massive pressure was applied [by Rehák and Valko]," said Vanek. "Unfortunately, that's the way it goes sometimes. There's nothing that can be done about it."

Interior Minister Robert Kaliňák has not yet commented on the prosecutor's ruling, other than to say he respects it. Last year, he promised to punish the police officers responsible for making mistakes in the search of Valko's office.

Prime Minister Fico also said he had taken the prosecutor's ruling "under advisement".

Despite the official silence, the resignation of Vaľo, a holdover from the era of former police vice-president Jaroslav Spišiak, spoke loudly of the consternation in the upper echelons of the force. The police has presented their case against Valko and Rehák as proof that they were not afraid to go after wealthy and influential criminals who enjoyed political protection.

Vaľo did not give his reasons for quitting, but in conversations with The Slovak Spectator, members of his senior staff said they were convinced they had a case against the accused.

While Rehák is now in the clear, his son Martin has been charged by the prosecution with extortion in similar case, in which one of the family's accountants, identified as Andrea K., was threatened after allegedly embezzling Sk6 million from company bank accounts. Róbert J., a friend of Martin Rehák's, has been charged with assault for allegedly kicking the accountant in the stomach. Police continue to investigate the embezzlement charges.

In 2005, Martin Rehák's name appeared on a list of people with alleged contacts to local mafia groups that was leaked from the Bratislava police. He associates with Juraj O., the head of a gang in the Lamač suburb of the capital known as the 'piťovci'.