AN OFFICIAL decision has yet to be reached on whether Slovakia will adopt the European single currency as of January 1, 2009, but preparations among its financial institutions are already in full swing. 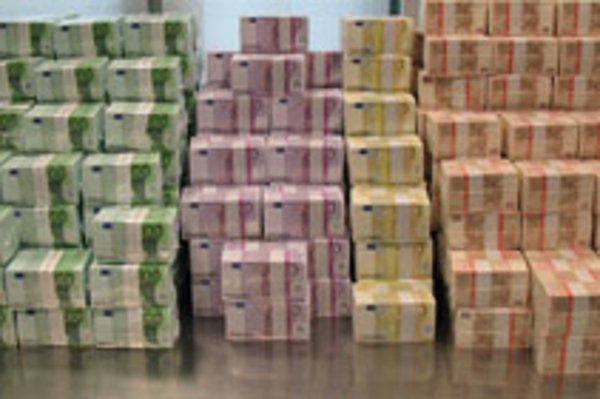 AN OFFICIAL decision has yet to be reached on whether Slovakia will adopt the European single currency as of January 1, 2009, but preparations among its financial institutions are already in full swing.

Banks were required to report by March 31 the exact number of euro banknotes and coins they will need for their own and secondary reserve accumulation ahead of introduction of the European single currency. In the meantime, the National Bank of Slovakia (NBS) has projected that banks will require about 47.7 million banknotes, worth €922 million, and 202 million coins, at a value of €72 million.

Milena Koreňová, a member of the NBS board and head of the Working Committee for Banks and the Financial Sector, said on March 31 that the NBS plans to borrow 188 million euro banknotes worth more than €7 billion from the Austrian central bank.

The Kremnica Mint will mint 400 million euro coins with a Slovak design, worth more than €140 million. Banks will start accumulating a reserve of the new currency in October and secondary reserve formation is planned for November and this year.

Starter packs have been designed for individuals and small enterprises. These are to contain 38 coins worth an equivalent of Sk500. Banks and postal carrier Slovenská Pošta have ordered more than a million of these packs to date. They will be available from December 1.

The NBS expects the withdrawal of Slovak coins and banknotes from circulation to start during the period of reserve accumulation. The central bank estimates that 148.2 million banknotes worth Sk110.9 billion and 453 million coins worth Sk1.5 billion will be retired from circulation.

The NBS plans to destroy the retired banknotes using its own technical devices, but is looking into other options as well. It is also holding talks on the matter with the Holcim Rohožník cement mill and U.S. Steel Košice.