THIS postcard from the 1920s shows the Číž spa, known for its iodine water. 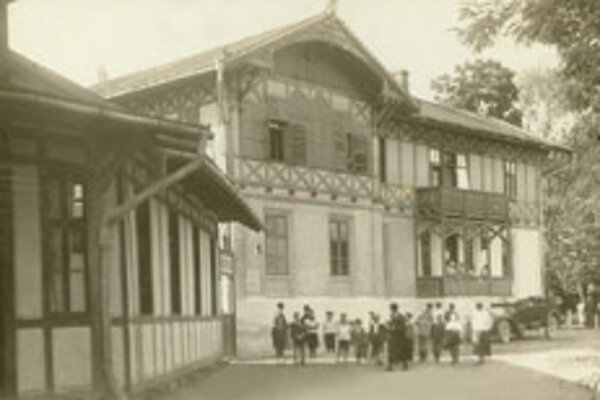 THIS postcard from the 1920s shows the Číž spa, known for its iodine water.

This special spring water was discovered by chance while digging a well in 1862. The spring was named Themis, and before long a company with plans to construct a spa was established. Later, two other springs of healing water were discovered. The spring with the most concentrated mineral content was named Hygiea and the third spring was called Neptun. The spa built around these springs flourished until the First World War. It was especially popular amongst Hungarians, as Číž lies in south-central Slovakia, close to the Hungarian border.

After the war, the spa lost its Hungarian clientele and went into decline. The new Czechoslovak bourgeoisie did not find it so attractive, due to its remote location. After the Second World War, the spa found itself on the brink of extinction, but was restored in 1956.

Nowadays, patients suffering from illnesses of musculature, joints and the back go here for therapy.