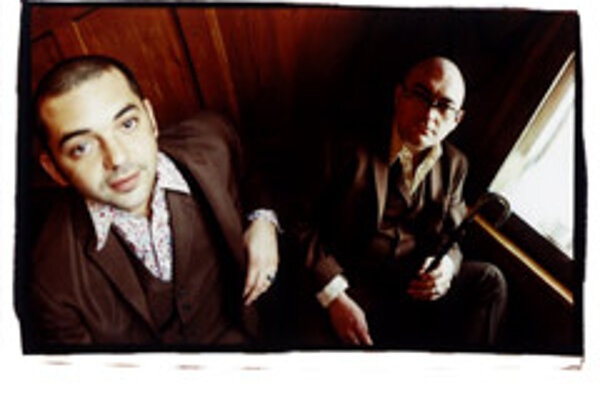 MUSIC: MORCHEEBA, an English band that combines trio hop, rock, rhythm and blues and pop, arrives in Slovakia as part of its promotional tour for its latest album, Dive Deep. In Bratislava, band members Paul and Ross Godfrey will perform at the Incheba Expo Arena at Viedenská Cesta on April 26 at 20:00. Tickets costs from Sk590 to Sk790. For more information, go to www.xl.sk or call 02/12-111.

FESTIVAL: Bratislava for Everybody - The fifth year of this project opens the doors of many municipal offices, as well as museums and other cultural and sport venues, to the public. The days include free tours and an extensive cultural and sport programme.

FEAST: Village Feast of St George - The village holds traditional feasts in honour of its patron saint, St George. The rich programme offers a ceremonial mass, open-air concerts by Komajota, Golden Violin, and Polemic, a fireworks show, wine tasting, and many other activities.

ANTIQUES: Bourse of Antiques - Antique lovers can add new treasures to their collections.

EXHIBITION: On Line - Miroslav Brooš, an artist awarded at the Textile Triennial in 2006, presents his works.

OPERA: Carmen - An ensemble of more than 150 singers other musicians puts on a spectacular performance of the world's most popular opera.