ALTHOUGH the tradition of higher education in Prešov began with the founding of a school of philosophy in the 16th century, it wasn't until 1997 that a university was founded there. Today, the primary mission of the University of Prešov (PU) is to contribute to the development of knowledge-based society in the city and the surrounding region. 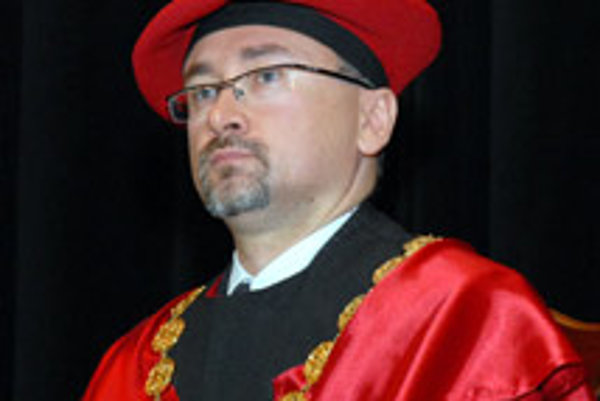 ALTHOUGH the tradition of higher education in Prešov began with the founding of a school of philosophy in the 16th century, it wasn't until 1997 that a university was founded there. Today, the primary mission of the University of Prešov (PU) is to contribute to the development of knowledge-based society in the city and the surrounding region.

According to René Matlovič, the rector of PU, its mission includes several related goals. As well as improving the quality of existing study programmes and developing more effective tools to assess this quality, PU needs to introduce new study programmes as a response to the needs of the region.

PU has eight faculties, each with a specific focus and many are unique, both regionally and nationally. PU is the only university in Slovakia offering a concentration in Ruthenian language and literature for future teachers.

Similarly, the Faculty of Greek-Catholic Theology is the only one in Slovakia It offers programmes in charity and social work as well as Orthodox theology.

The Faculty of Pedagogy is known for its pre-school, elementary, and special education programmes. According to Matlovič, the faculty will open a new course of study in the coming academic year focusing on preparing the disabled for a professional life. The Faculty of Health Care offers a degree in dental hygiene which is also unique in Slovakia.

"There is constant interest among candidates in most of the programmes we offer, which we interpret as evidence of our successful work not only in the region but across Slovakia," Matlovič told The Slovak Spectator.

PU is now trying to increase opportunities for students to participate in creating their courses and choose their specialisations.

"We are introducing a large number of elective courses, which will increase the freedom of students to choose the pace of their studies," Matlovič explained.

He stressed that PU is focused on cooperating with external partners and is, for instance, gradually building a research base in molecular anthropology and genetics. In cooperation with Swiss partners from BioVally Basel and other Eastern Slovak universities and pharmaceutical companies, they are aiming to start a biotechnology cluster in Eastern Slovakia.

According to Matlovič, another priority is to support the European dimension to education at PU, especially when it comes to course content, and to foster cooperation with other Slovak and foreign universities and increase academic mobility. To achieve that, there is a need to introduce more foreign-language programmes at the university.

"By the 2009/2010 academic year we will be offering three accredited bachelor-degree programmes in English for fee-paying students," Matlovič said. These programmes are now being accredited.

Among the three modules PU already offers in English, teacher training module is popular with students from Belgium, Portugal, Poland and the Czech Republic, the rector said.

According to Matlovič, there are still many improvements to be made to the academic environment at PU. These shortcomings are a result of long-term underfinancing of universities in Slovakia, he added. Even so, he remains optimistic.

"We will try to overcome this deficit by obtaining finance from EU structural funds to improve the educational and research infrastructure," Matlovič said.