IT is safe to say that every artist hopes their work will be accepted. Róbert Šveda, a 33-year-old television and movie director from Košice, received that acceptance on April 11, when he was awarded the 2008 Igric Award for his debut film Démoni. Šveda's unorthodox, avant-garde style sets him apart from other filmmakers. 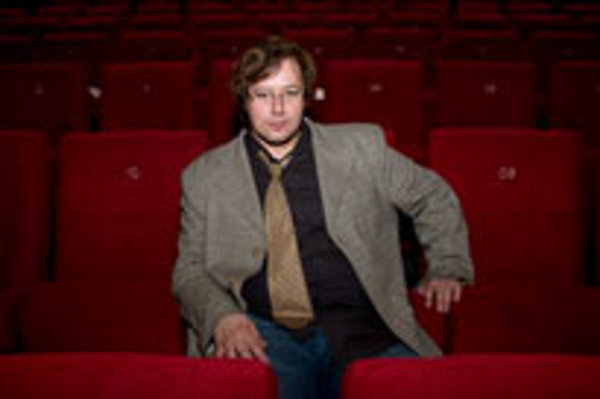 IT is safe to say that every artist hopes their work will be accepted. Róbert Šveda, a 33-year-old television and movie director from Košice, received that acceptance on April 11, when he was awarded the 2008 Igric Award for his debut film Démoni. Šveda's unorthodox, avant-garde style sets him apart from other filmmakers.

The Slovak Film Association, the Union of Slovak TV Producers and the Literary Fund said they chose to honour Démoni (Demons) for its "deep psychological portrayal of the fates of three women".
The Slovak Spectator spoke to Šveda shortly after the award evening.

The Slovak Spectator (TSS): What does the Igric Award mean to you?
Róbert Šveda (RŠ): I feel really flattered by such an honour, since I have always considered the Igric Award to be a symbol of great success in the field of filmmaking. For a long time, it was probably the only reward for Slovak artists who could not realise their potential due to various unfavourable factors.

TSS: Is the Slovak filmmaking scene flourishing, in your opinion?
RŠ: Slovak filmmaking had been in a kind of state of paralysis, but now the situation has started to change.
A lot of non-commercial projects have appeared recently, which is positive. Independent pieces improve the overall quality of the industry.

TSS: Can non-commercial movies compete with mainstream ones?
RŠ: Fortunately, it seems that these films are catching up with commercial production. If there is nothing but the mainstream, filmmakers' ambitions become limited by the requirements of the masses. As soon as an alternative appears, it is a sign that the society is open to discussion. More opportunity for evaluating and comparing exists when productions are more varied.

TSS: What was your reaction to the reception Démoni received?
RŠ: I was very curious about how the public would react. Since I make it a point not to use classic filmmaking techniques, the perceptions of my work has always been rather diverse. Naturally, those who can't accept something different don't like it. On the other hand, the movie has been praised by those who prefer experimentation and innovation. I was probably most pleased by the text messages I received after the film's first screening. They were filled with more than pleasantries. It was genuine, heartfelt emotion.