BANSKÁ BYSTRICA is the largest region in Slovakia and has been facing issues such as unemployment, a poor road network and disputes about how much power should be devolved from central government to the region. On the other hand, great potential lies in its magnificent sights and beautiful landscape, which have been attracting tourists from around the world. 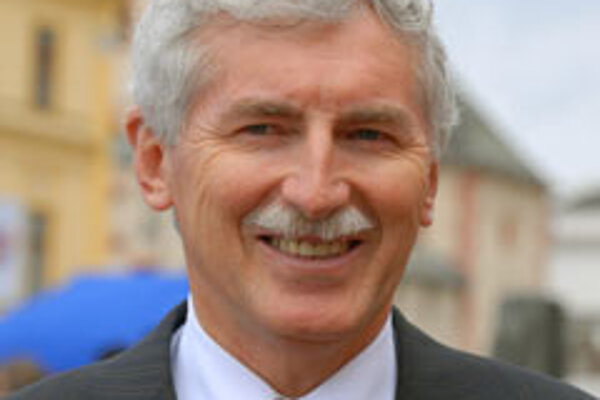 BANSKÁ BYSTRICA is the largest region in Slovakia and has been facing issues such as unemployment, a poor road network and disputes about how much power should be devolved from central government to the region. On the other hand, great potential lies in its magnificent sights and beautiful landscape, which have been attracting tourists from around the world.

Milan Murgaš, chairman of the Banská Bystrica Region, is convinced that all of its problem can be overcome through hard work and patience. The Slovak Spectator spoke to him about crucial aspects of the region's progress.

The Slovak Spectator (TSS): Every single region has some specific features, which determine its management and economic policy. How would you characterise the Banská Bystrica Region?

Milan Murgaš (MM): Our region is exceptional, particularly thanks to its natural beauty, rugged topography, forest coverage, numerous sights and historic monuments. This heritage needs to be carefully protected, preserved and treasured. I would venture to say that the Banská Bystrica Region was always destined to attract tourists. It is therefore this area that we regard as the most important and whose economic potential we shall undoubtedly try to turn to our benefit.

TSS: The Banská Bystrica Region certainly attracts a lot of visitors. Tourism, however, does not develop on its own without proper support. How do you sustain growth in the tourism sector?

MM: We were, for example, the first region to found a department of tourism at the regional level. Having approved a new plan for tourism development, we are now working on several national and international projects for the expansion of our tourism infrastructure. The main emphasis is on building capacities that are available year-round.

TSS: What spheres beside tourism do you consider to be priorities?
MM: We have designated this year "the Year of Transport Infrastructure".

This means that our attention will be focused on second and third class roads, towards which a substantial portion of our resources will be directed. Furthermore, we shall aim to prepare projects in several areas in order to receive as many grants as possible from European Union structural funds.

It should be noted that in the previous programming period, it was the Banská Bystrica Region which managed to raise the highest amount of European funds in Slovakia.

TSS: Which areas have already received financial support thanks to European funds?
MM: We have been successful enough to obtain financial resources for our hospital infrastructure, as well as for creating a central information system within the Banská Bystrica Region.

In addition to that, the technical and material equipment of our institutions has been improved. At present, our projects focus on the road infrastructure, secondary schools, tourism, cultural organisations and social welfare institutions.

TSS: Do you cooperate with any regions abroad?
MM: Of course, we have many partners among EU countries. Wide-ranging co-operation has long existed between the Banská Bystrica Region and the Czech Republic, Hungary, Poland and France.

These partnerships, which constitute a great asset for the development of our region, are based on various treaties and agreements.

TSS: Is the labour market in your region sufficiently developed? Are there enough job opportunities in the region?
MM: Unfortunately, the Banská Bystrica Region still lacks enough jobs for our citizens.
The current situation could be characterised as "structural unemployment". Although employment policy is the fundamental responsibility of government, we are not standing idle. On the contrary, we try to help municipalities to attract investors.

In co-operation with the Slovak government, we managed to provide the municipalities of Rimavská Sobota and Brezno with enough money to build industrial parks, which contribute to solving their unemployment problems. We are also preparing to open four social welfare institutions. Operating in the municipalities of Veľký Krtíš, Rimavská Sobota, Revúca and Brezno, they should improve the present state of affairs, concentrating mainly on unemployment among the unskilled labour force.

TSS: Education and a well-qualified labour force are closely connected, and affect each other. Does the Banská Bystrica Region support schools and new study programmes?
MM: Of course, we regularly communicate with the business sector so that we can adjust our schools' study programmes to trends in the labour market and demand for jobs. Moreover, we have been involving our secondary vocational schools in public-private partnerships, with the aim of optimising the quality of vocational training and adapting it to the needs of the labour market.

TSS: Do you think that decentralisation in Slovakia works well? Are your hands free enough to act in all the areas that you would like to change or improve?
MM: I have to say that there is still much to be done in this sphere. We are generally
dissatisfied with the way the regional operational programme is managed. Even though it is the most crucial aspect of our policy, the ministry do not want to accept the principles of decentralisation and subsidiarity. This costs us too much energy.

TSS: What are your region's most serious weaknesses?
MM: The Banská Bystrica Region is the largest region in Slovakia and its population is sparsely distributed across the whole area.

Understandably, this makes the requirements of the road network very demanding. Sad to say, there is not a metre of highway in our region and almost no fast roads. Such poor transport infrastructure hinders economic growth.

TSS: What future do you predict (and wish) for your region?
MM: A majority of our territory is mountainous. Highlanders usually don't give up without a fight and the same applies to citizens of the Banská Bystrica Region. We have managed to halt economic and social decline and now we are starting to stand on our own two feet. Provided we work hard and patiently, success will not fail to come. I hope that all the citizens of our beautiful region will one day feel happy and will find enriching jobs, which enable them to live peacefully.