As some cinemas close, others open

THE MAP of cinemas in the Slovak capital keeps changing. Just as the Tatra cinema, one of the last in the centre, was set to close, the Polus shopping mall re-opened its multiplex. 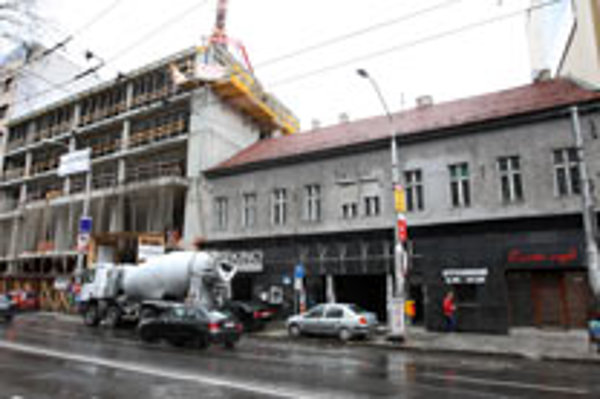 THE MAP of cinemas in the Slovak capital keeps changing. Just as the Tatra cinema, one of the last in the centre, was set to close, the Polus shopping mall re-opened its multiplex.

The Tatra cinema at 1. Máj Square bid farewell to cinemagoers with Paris, a new French film with Juliette Binoche, on April 30. The owners of the neighbouring hotel have decided to re-build the underground cinema into premises for congress clientele.

"We have a rental agreement until 2012," Anton Drobný, the owner and the director of the Continental Film company, which operates the Tatra cinema, told the Pravda daily. "However, the owners of the building with the hotel of the same name have now withdrawn from it due to ongoing reconstruction, and construction of an adjacent hotel."

Just a few metres far from the Tatra cinema was the Hviezda cinema, which will be demolished. The owner of the building, Lighthouse Bratislava City Towers, plans to open a new building with apartments and a shopping mall. According to an agreement, there should be also a cinema, at least for 10 years.

Attendance at the Hviezda cinema, which had 748 seats, had dropped over the last few years because the old-fashioned cinema was unable to compete with modern multiplexes. In 2005, it reported just 35 visitors per show.

The Film Club Múzeum in the Old Town Hall courtyard in the city centre closed on April 26, the Bioscop company informed the SITA newswire. Its last screenings were short films about old Bratislava, some of which dated back to 1928.

Peter Hyross, the director of the Bratislava City Museum, told SITA that the city hall courtyard will serve as a backstage for cultural events during the Summer of Culture. Afterwards, the edifice will undergo reconstruction, during which the film club will be transformed into premises for exhibitions.

After a four-month hiatus, Palace Cinemas, the same company that runs the multiplex in the Aupark shopping mall, re-opened the Polus cinema on April 10.

Polus' former cinema, the Istropolis Cinema Centre, closed down in the first half of December 2007.
Palace Cinemas invested Sk2 million into reconstructing the cinema. The company plans to invest another Sk6 million in May into replacing chairs. The Palace Cinemas company is also considering installing a screen for 3-D films.

The Polus multiplex has eight theatres with a total capacity of 1,600 seats. The cinema in Aupark has 12 theatres that seat 2,318.

Cinemas in the centre of Bratislava began disappearing after the revolution. Many have turned into shops, restaurants and theatres.

The former Slovan cinema now houses the West Theatre and the Astorka Korzo '90 performs in the former Pohraničník cinema. The Obzor cinema has turned into a furniture shop and the former Praha cinema is now a clothes shop. The Mier cinema has become a bookshop and the Dukla cinema, which was the first panoramic theatre in Slovakia, was the site of the Babylon music club until recently. The Metropol cinema is now a Russian restaurant. And the Orange Imax 3-D cinema in the Avion Shopping park closed in May 2006 due to high costs.

This has left film fans with few options in the centre of town. The Mladosť cinema, the oldest in the city, still resides at Hviezdoslavovo Square and the Charlie Centrum is still open. Both focus on artistic and independent films.