Slovak ice-hockey players back from Canada

THE NATIONAL Slovak ice-hockey team bid farewell to the World Ice-Hockey Championships in Halifax on May 11, and returned to Slovakia. But given their abysmal thirteenth place finish, no cheering fans were waiting at the airport to greet them. 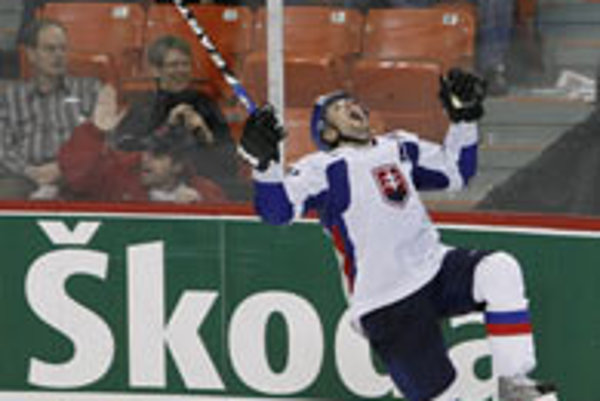 THE NATIONAL Slovak ice-hockey team bid farewell to the World Ice-Hockey Championships in Halifax on May 11, and returned to Slovakia. But given their abysmal thirteenth place finish, no cheering fans were waiting at the airport to greet them.

The team, led by head coach Július Šupler, competed without many of the Slovak players from the US National Hockey League (NHL). But even the most pessimistic commentators didn’t expect to see it struggle to keep its place as a top-ranked team.

Slovakia’s only bright spot was its victory against Slovenia, which guaranteed it a spot in the top category at next year’s competition.

Ľubomír Višňovský, one of the few NHL players who competed for Slovakia, is credited with pulling the team through by scoring two goals against Slovenia.

“Before the second match, I remembered how we won gold medals in Göteborg only six years ago. And now, we were threatened with elimination from the best group,” the Los Angeles Kings defenceman told Slovak journalists following the team’s last game at the World Championship. “But the match against Slovenia was as hard as the finals, and maybe even more demanding, because if we failed we would drop in the rankings – and it is very difficult to reclaim a top position.”

Višňovský believes that one of the reasons Slovakia struggled in Halifax was that the team was quite young and inexperienced. “And we were also too timid, we left the neutral zone empty, and we did not play our game. Not that we did not have the ability, but rather we were psychologically unprepared,” Višňovský was quoted as saying by the Pravda daily.

In the end, the Slovak team could breathe a sigh of relief that they retained their position in the elite group for next year. As for Višňovský, he is resigned to Slovakia’s thirteenth-place finish. “I think, though, that our team is better than our performance indicates. We surely had the ability to place higher. But the best Slovak players didn’t play, we lost one match in the group, and then we suffered the consequences of that,” Višňovský said in reference to the upset loss against Germany.

Although Slovakia lost in Halifax, Višňovský will remember this tournament for a long time, and he greatly appreciates the final victory against Slovenia. “I cannot count this championship among those that resulted in medals,” Višňovský said. “But we have to understand that the Slovenians had nothing to lose, and they played without any pressure. And so I count this championship closely behind those at which we won medals, because it was a great lesson from a mental point of view.”