‘Being foreign is not a disadvantage’

THE BEST WAY to find a placement at a foreign university is to explore the research areas that interest you and then contact the academics involved directly, since many professors are keen to take on bright students and can often acquire funding for them, says Ľubomír Schmidt (28) who works at UBS Investment Bank in London. And his own experience proves he’s right. 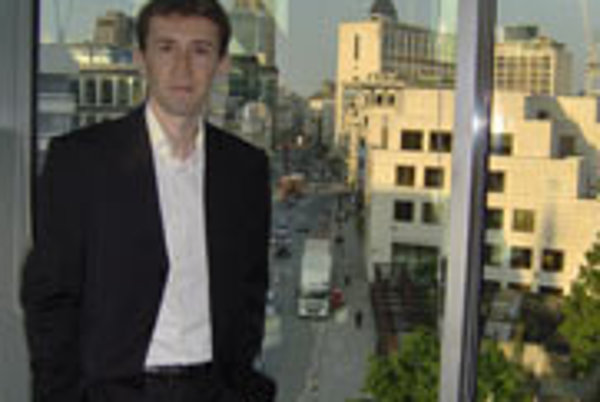 THE BEST WAY to find a placement at a foreign university is to explore the research areas that interest you and then contact the academics involved directly, since many professors are keen to take on bright students and can often acquire funding for them, says Ľubomír Schmidt (28) who works at UBS Investment Bank in London. And his own experience proves he’s right.

From an early age, Schmidt was interested in mathematics but was unsure about its practical uses, except for teaching.

“During secondary school I acquired an interest in finance and economics in general and started looking for opportunities to combine the two,” he says. A high level of mathematics was his main priority when it came to choosing a university programme, but computer programming and finance were also important. The Mathematics of Economics and Finance course at Comenius University’s Faculty of Mathematics, Physics and Informatics seemed to be the perfect combination of everything he was looking for.

After graduating from Comenius University in 2002, Schmidt wanted to continue working in the area of applied mathematics and further improve his knowledge in several specific areas.

“I did not have any previous experience abroad and [obtaining] that was my main motivation,” Schmidt says about his decision to pursue his PhD studies in the UK. At that time Slovakia was not part of the EU, which made it much harder for Slovaks to study in the UK: one needed a visa just to visit Britain, and besides which non-EU doctoral students in England are usually charged much higher fees, which made self-funded study hard even to contemplate, Schmidt says.

“On top of that, scholarships for finance-related subjects are scarce, as demand for financial education is very high,” he explains.

However, with the help of Professors Aleš Černý and David Miles, and with sponsorship from two British institutions, he secured a place on a PhD programme at the Tanaka Business School, at Imperial College, London, which enabled him to take advantage of British standards of university education. He regards one of the main differences to be the relationship between students and professors at undergraduate level, which he says is much more impersonal in Britain.

“For me, as a PhD student, it was different, though, since I worked more with my supervisors and other academics, rather than with other students,” Schmidt says. He especially appreciated the fact that people at the faculty had greater involvement in financial businesses, which resulted in more collaboration opportunities and made research more practical.

“In fact, the university itself works like a business; it’s flexible in the way it structures courses and hires staff in accordance with demand from students as well as industry,” he says.

“However, I do not attribute these successes to the Slovak university system but rather to a few individual academics,” he says. In his opinion Slovak universities very quickly need to start recognising and retaining the brightest talents in academia, which amounts to better compensation for academic staff and doctoral students in particular.

“At the moment, with our universities being so underfunded, the only way I can imagine this happening is by introducing tuition fees. In addition, universities need to get more freedom to become more business-like institutions,” Schmidt suggests.

However, there are also lesser issues that must be addressed in order to raise the standard of Slovak education. For instance, in Slovakia it is normal for teachers to just prepare lectures and occasionally write textbooks, whereas in the UK academics are generally under much more pressure to publish research papers.

Interacting with the academics in London was, however, only one of the advantages of Schmidt’s studies abroad. Having studied in London, he could see himself that it’s one of the best places to learn about and gain exposure to the financial markets – and so he decided to stay and gain practical experience after finishing his PhD.

“Finding a job in London is easy, finding a good job is not,” he admits, noting the fierce competition in the graduate job market from both British and overseas graduates.

According to Schmidt, being foreign is not a disadvantage; English businesses strongly promote meritocracy and diversity in the workforce, thus giving equal opportunity to people of various backgrounds. His advice to Slovak graduates is that they should be self-confident when looking for a job abroad, and that they should do their research before applying. He says it’s well worth spending more time looking for a role that fits your needs and abilities. Another point is that a PhD itself doesn’t automatically guarantee a job.

“I would strongly discourage anyone from doing a PhD just to increase his or her chances of landing a job in the future,” Schmidt says.

Since he was looking for a specific job, it took him some time, and several rounds of interviews, to find the right one.

“Some people say that it takes nine months to find a job in the finance industry and I am pleased to say I managed to find one somewhat earlier than that,” he says.

Since 2006 he’s been working for UBS Investment Bank, one of the top global firms in the investment banking and securities business, in a group that focuses on research and development of algorithmic trading strategies. His job combines mathematics, IT and statistics with a knowledge of financial markets.

“We identify investment opportunities in the markets and then design computer programmes that automatically keep track of market developments and determine which securities - and how many - to buy or sell,” Schmidt explains.

He is planning to stay in London for a few more years and gain more insight in the area of algorithmic strategies and structured products in general.

“Eventually I plan to move back to Slovakia and this will form an interesting challenge, as I will need to reposition my experience in order to provide any benefit to my role there,” he says.