Put up prices: go to prison

UNJUSTIFIED price hikes prior to the adoption of the euro as Slovakia’s currency might result in businesspeople being sent to jail if a government plan to protect citizens from pre-euro price inflation becomes law. 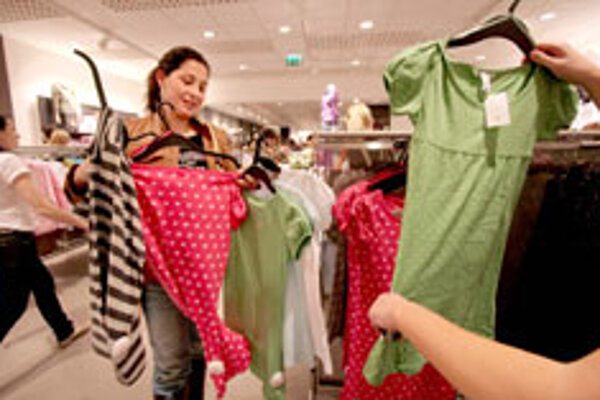 UNJUSTIFIED price hikes prior to the adoption of the euro as Slovakia’s currency might result in businesspeople being sent to jail if a government plan to protect citizens from pre-euro price inflation becomes law.

The Justice Ministry has been told to draft a revision to the penal code to this effect.

But the plan already has its opponents. Some lawyers say a prison sentence is not the best way to punish businesses for elevating prices, while business representatives say regulations like the planned law have no place in a market economy.

The revision, which would impose a prison sentence on anyone who violates price discipline rules, would become valid in September.

Prime Minister Robert Fico described the law as a tool to penalise those who plan to make a fortune at the expense of others during the euro-switch.

“If someone is such a crook that they elevate prices only to become rich at the expense of someone else, the penal code will be applied,” Fico told a press conference on June 4.

According to Fico, the public will now see that his government is taking all the necessary steps against those who intend to abuse the country’s switch to the euro. The prime minister has repeatedly said that his government will use all available tools to prevent unjustified price hikes.

The Justice Ministry will draft the law in cooperation with the Finance Ministry.

“I requested the justice minister to prepare the law in such a way that it can be applied in practice and not only as a way of scaring people,” Fico told the press.

Meanwhile, Justice Minister Štefan Harabin assured the press that the law will be in line with European norms.

Judging by details available so far, it seems that any citizen who feels they have suffered from an unjustified price increase will be able to report the business concerned to the police. The police and prosecutors would then have to decide whether the price hike was indeed unjustified. The police said they would comment on the legislation only after it had been approved by parliament.

However, some lawyers have expressed doubts about whether imprisoning businesspeople is the way to go.

“What the government is seeking to punish by jail could be more appropriately penalised as an administrative violation rather than a crime,” lawyer Radoslav Procházka told The Slovak Spectator.
Observers have warned that legislation such as this could lead businesses to elevate prices before it becomes valid, perhaps to an even greater degree than if no such law had been adopted.

“It is counterproductive in that it directly or indirectly causes precisely the harm it should be preventing,” Procházka said.

Whether the law can be applied in practice will depend on the actual prices to which it refers, Procházka added.

Currently, Slovakia regulates some prices, with businesses being fined they push them above the limit set by the state.

The revision indicates a lack of understanding of the basic principles of the market economy, where the optimal price is generated based on demand and supply, said the executive director of the Slovak Business Alliance, Robert Kičina.

“The freedom to set prices is a basic right of businesses operating in a competitive environment, and price changes are not a reason for criminal proceedings,” Kičina told The Slovak Spectator.
Richard Ďurana, director of the economic think-tank INESS, agrees that such legislation has no place in market economy.

“It certainly won’t help businesses if the prime minister flatly throws them into the same group as criminals,” Ďurana told The Slovak Spectator.

Kičina even questioned whether the law could be applied in practice, suggesting that some of its formulations are simply too vague.

The revision aims to penalise businesses for prices that “considerably exceed economically-justified expenses or appropriate profit” - but no one can quantify these terms, Kičina explained.
Both Ďurana and Kičina said that the revision will have negative impacts on society.

“Instead of explaining the advantages of the euro, the government is evoking an unjustified suspicion among people that businesses want to use the switch to the euro to elevate prices,” Kičina said. “The revision criminalises the business environment.”

The best price regulator is competition and a watchful customer, say business professionals.
Lifting prices above the optimal level is disadvantageous for businesses because sales drop, Kičina said, adding that if prices fall beneath the optimal level consumers also lose out because production falls.

An important pre-condition for a functioning market is free access, so that if a business elevates prices in an unjustified way alert competitors can immediately enter the market and compete with lower prices, Ďurana said.

“The solution is to erase regulations, not to create more,” Ďurana said.

Neither Ďurana nor Kičina expect businesses to use the euro-switch to push up their prices to any great extent.

“If there was currently room to inflate prices, businesses would increase their prices today and would not wait for the euro,” Kičina said.

No country entering the eurozone before now has implemented criminal penalties for raising prices.
However, in Slovenia businesses and the government signed an agreement about not elevating prices before the euro’s adoption, in order for the country to be able to meet the inflation criterion, said Kičina.

“The moment the term of the agreement expired, prices jumped and Slovenia is now struggling with the highest inflation within the eurozone,” Kičina concluded.

According to Ďurana, Malta installed a tough regime of price controls and a system of reporting price increases, with the added pressure of financial penalties.

“Such artificial intervention in prices meant that once regulation ended, inflation increased rapidly from 0.9 to about 4.5 percent,” said Ďurana.