THE GOVERNMENT is becoming increasingly nervous about an impending deadline for Slovakia to meet a commitment made to the EU to shut down one of its nuclear power plants, suggesting that the move would seriously harm the country’s energy independence. Prime Minister Robert Fico said that he would either seek a way to extend the deadline for the switch-off at Jaslovksé Bohunice, in the Trnava Region, or press the European Commission to approve the construction of new reactors at another power plant site in Mochovce, in the Nitra Region. 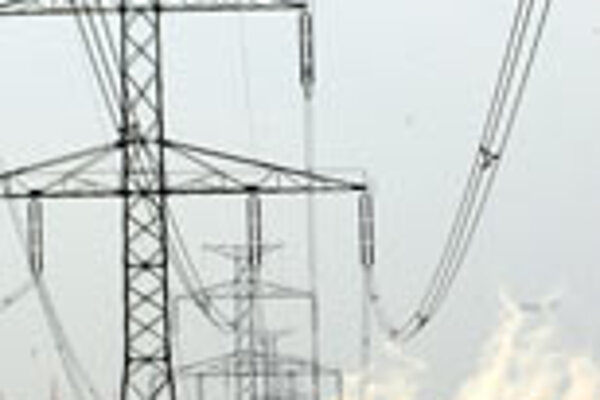 THE GOVERNMENT is becoming increasingly nervous about an impending deadline for Slovakia to meet a commitment made to the EU to shut down one of its nuclear power plants, suggesting that the move would seriously harm the country’s energy independence. Prime Minister Robert Fico said that he would either seek a way to extend the deadline for the switch-off at Jaslovksé Bohunice, in the Trnava Region, or press the European Commission to approve the construction of new reactors at another power plant site in Mochovce, in the Nitra Region.

The European Commission’s stand has been clear and uncompromising: the shut-down of the two reactor blocks comprising the V1 unit at Jaslovské Bohunice was part of Slovakia’s EU accession treaty and the 2008 deadline is not negotiable.

The first of the V1’s two reactor blocks was shut down on December 31, 2006. The second reactor block should be shut down at the end of this year. A second power plant at the same site, the V2 unit, will remain in operation.

Slovakia’s Prime Minister and the Economy Ministry are now exploring ways to allow it to prolong operation of the second V1 reactor block until at least 2010. Environment watchdogs and energy experts said that trying to open up the accession treaty with the European Union does not appear to be the most viable way of solving Slovakia’s energy concerns.

“I am sure that Slovakia was intentionally deprived of its energy independence,” Fico told TV news station TA3 in late May. “We invested Sk8 billion in the safety of these blocks and the previous government has thrown it with one move into the Danube, as though the eight billion did not exist.”
According to Fico, it is an unacceptable idea for Slovakia that, as of next January, the country would have to buy 20 percent of its electricity somewhere else.

The Economy Ministry argues that when Slovakia agreed to decommission the V1 nuclear power plant, the situation in the electricity market was completely different.

“When Slovakia acceded to this agreement, it was possible to buy electric power from abroad, but it now appears that this will be a problem within the near future,” Branislav Zvara, a spokesperson for the Economy Ministry told the SITA newswire.

The country has previously toyed with the idea of trying to change its accession treaty with the EU in order to modify the reactor block shut-down plans. In mid-October 2004, the-then economy minister, Pavol Rusko, proposed that both of the Jaslovské Bohunice V1 reactor blocks should be shut down together in 2008, instead of one in 2006 and the second in 2008. At the time, Rusko argued that shutting down both reactor blocks at the same time was a safer option than staggering their closure. It quickly became clear that the plan would be rejected and in March 2005 Rusko announced Slovakia would not, after all, seek changes to the treaty.

Slovakia is guaranteed €440 million in compensation from the EU to close and decommission the reactor blocks. Slovakia can draw from this fund until the end of 2013.

Meanwhile Fico said that the V1 unit at Jaslovské Bohunice is safe, and capable of producing energy until 2020 or 2025.

“It is not possible to push a country to give up two healthy and safe reactor blocks, which are able to produce electricity until 2020–2025, and at a time when we have an alternative solution: because it was this government which decided that it is necessary to complete the third and fourth reactor blocks [at Mochovce], [but] the commission has had our request for ten months and nothing is happening,” Fico told TA3.

Meanwhile, Ferran Tarradellas, European Commission spokesman for energy said that the commission has been analysing the government’s request.

Experts agree that by turning the V1 reactor blocks off, Slovakia will see a dramatic reduction in its energy independence.

Karel Polanecký of the environmental watchdog Greenpeace said that the government should prepare a range of solutions, at the same time as evaluating how best to use existing resources, and decide which should be launched in the next year.

“The effort to change the accession treaty with the European Union might not be the simplest way,” Polanecký told The Slovak Spectator.

EU pressure to close all the VVER 440/V230-type reactor blocks, among which are the V1 unit’s two reactor blocks at Jaslovské Bohunice, is not self-serving, Polanecký said.

Polanecký said this model of reactor has not been designed to handle certain types of accidents. “Investments in improving safety play a role in preventing accidents. However, they do not minimise the impact if a serious accident does occur,” he said.

The government is also pressing Brussels to release a statement on the completion of the third and fourth reactor blocks at Mochovce as soon as possible.

Polanecký said he assumes that the delays arise from plans to start construction based on a licence issued in 1986. “If the effects on the environment had been estimated and the European Commission had access to an Environmental Impact Assessment, it would have a much easier job.”

The shut-down of the V1 reactor blocks at Jaslovské Bohunice has been a political issue, just like recent statements about it by Slovak politicians, according to the president of the Slovak Nuclear Society, Vladimír Slugeň.

The Slovak Nuclear Society is a non-political NGO whose members include experts in the peaceful use of ionising radiation, including nuclear energy. It has about 700 individual and 26 corporate members.

“The switch-off of the V1 reactor blocks was a voluntary commitment made by the Slovak government in 1999, motivated by the efforts of Slovakia to join the European Union promptly,” Slugeň told The Slovak Spectator. “It played a role during accession talks. Of course, we can now ask whether that was the right price.”

According to Slugeň, the technical and safety levels of the V1 unit are high, something which has been confirmed by several international missions to Slovakia.

“Unfortunately, the further operation of the V1 does not depend on technicians,” said Slugeň, who works at the Department of Nuclear Physics and Technology of the Slovak University of Technology.
Some energy experts say that Europe has been gradually changing its rhetoric in favour of nuclear energy, citing economic advantages and the potential to reduce emissions as the main reasons for the shift.

In 2004, the European Union’s 15 member countries plus Switzerland operated 135 electricity-generating nuclear blocks while the ten 2004 entrants brought another 18. Bulgaria and Romania, which entered the EU in 2007 have more, said Slugeň.

“By the EU growing to 27 members this share has not significantly changed, but countries have loudly expressed their intention to use nuclear energy and build new reactor blocks,” Slugeň said.
Countries have listed among the advantages of nuclear energy the security of supply and economic advantages of covering increasing demand while allowing for a decrease in energy imports, the accessibility of nuclear fuel and the contribution to a reduction in emissions, Slugeň said.