THE GOVERNMENT is continuing to pursue its campaign against loans with abnormal interest rates. Last October, parliament passed a package of laws to make the Slovak loan market more transparent, regulate voluntary auctions and protect citizens from losing their property as a result of loan conditions. The aim of the package was to strengthen the position of the client in relation to the creditor. Now the Finance Ministry is proposing to set a ceiling on the annual cost of each loan. 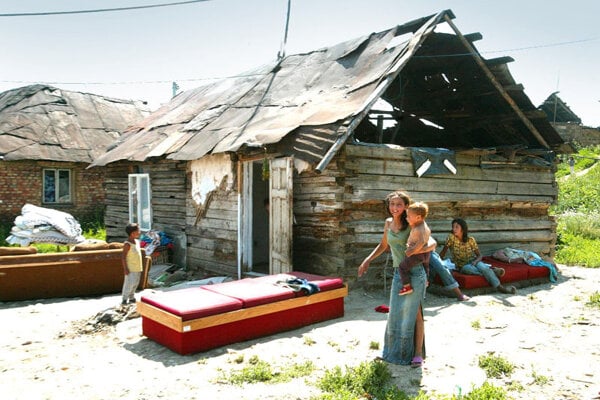 THE GOVERNMENT is continuing to pursue its campaign against loans with abnormal interest rates. Last October, parliament passed a package of laws to make the Slovak loan market more transparent, regulate voluntary auctions and protect citizens from losing their property as a result of loan conditions. The aim of the package was to strengthen the position of the client in relation to the creditor. Now the Finance Ministry is proposing to set a ceiling on the annual cost of each loan.

The ministry says that the ceiling would weed out loans with astronomical interest rates as high as 400 percent, and limit the illegal market for loans. However, the country's banking association does not share the ministry's enthusiasm and regards the move as a regulation of prices which will have contrary effects.

Before defining the ceiling, the Finance Ministry surveyed the loan market and found annual interest rates ranging from 7 to 400 percent.

For the first quarter of 2008, the average annual percentage rate of all types of loans was about 28 percent, Finance Ministry spokesman Miroslav Šmál told The Slovak Spectator. This would mean that the total expenses on any consumer loan would not exceed 112 percent.

The revision to the law on consumer loans is mainly targeted at non-banking institutions, which provide quick loans with non-standard interest rates. However, observers warn that these are often the kinds of loans used by low-income groups, and by making the rules stricter such people's access to loans might suffer.

"The measure pertains to consumer loans, which have been provided under inappropriate conditions, not only in terms of interest rates but also additional fees," Šmál told The Slovak Spectator.

The measure is not just about interest rates, but also the additional fees that loan providers bolt on to consumer loans claiming that they are to cover the expenses of providing the loan, said the ministry.

The measure obliges financial companies to tell clients the total cost of the loan, including interest rates and all fees involved in the transaction, as well as the average market price.

"What often happened was that clients were informed only about the interest rate, which at first glance might have looked acceptable. But, in reality, additional fees were added to the product and listed in a rather non-standard way," Šmál said. "This was misleading."

"Such numbers are significantly disadvantageous for clients," Šmál said. "However, state institutions cannot ban a client from signing an agreement, even if it is very disadvantageous."
Ladislav Unčovský, head of the Slovak Banking Association, said that the Finance Ministry's proposal would not currently affect banks' clients since the banks offer the lowest loan expenses of all the players on the market.

The average for all categories of consumer loans, except credit cards, across the entire financial sector is around 30 percent. In the case of banks the average stands at 13 percent, Unčovský told The Slovak Spectator.

"The Slovak Banking Association still considers the setting of a ceiling for consumer loans as price regulation, which has no justification in a competitive environment and has counter-productive effects," Unčovský said. "Foreign analysis indicates that this move might hinder the access of certain groups to loans and create room for the rise of an illegal loan market."

Surveys conducted in 2004 by the Policies Institute for the British Department for Business, Enterprise and Regulatory Reform say that imposing a limit makes it impossible for some citizens to acquire loans and creates room for an illegal loan market, Unčovský said last year.

Šmál, however, said that instead of preparing fertile ground for illegal loan providers the opposite will happen.

"There will be many fewer clients who for some reason took out a loan and then for some reason were not able to pay it," Šmál said. "Our proposal is targeted precisely against the illegal market so that non-banking institutions are prevented from offering such products."

If the client turns to the court and the court finds that the average annual percentage rate was higher than the ceiling, the client will only pay fees within the limit, Šmál added.

The ministry argues that the proposal is tuned in such a way that it has the smallest possible impact on financial institutions and so that abnormal loans are limited mainly to the portfolio of non-banking entities.

"We already have voices telling us that these institutions will still avoid the ceilings, but we will continue to monitor the situation and we have not ruled out making the rules even more severe in the future," Šmál said.

Understandably, the state cannot ban non-banking institutions from providing loans, because that would be a direct intervention into their business. Nor can the state ban citizens from signing these contracts "but what the state can do is to inform citizens about what is the average annual percentage rate for loans," according to Šmál.

The government said it also wanted to fight legal usury - a term used to describe the activities of companies that offer fast cash, usually within 24 hours, but ask clients to use their property as collateral. The client pays astronomical interest rates amounting to several times the amount of the loan. If the client is late paying a single installment, his property moves to a voluntary auction without any discussion of an alternative payment schedule.

The Justice Ministry has advised citizens to borrow money from institutions that are under the strict supervision of the National Bank of Slovakia (NBS).