THE CATHOLIC University in Ružomberok was established in 2000. It follows in the tradition of catholic universities around the world and became a full member of the International Federation of Catholic Universities (IFCU) this May. 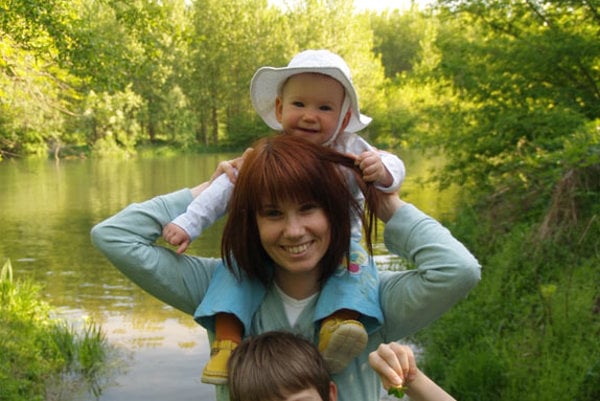 THE CATHOLIC University in Ružomberok was established in 2000. It follows in the tradition of catholic universities around the world and became a full member of the International Federation of Catholic Universities (IFCU) this May.

"Despite being very new, the university has already earned a position in Slovak academia and the international arena," Ľubomír Stanček, its vice-chancellor for education, told The Slovak Spectator.
Its main signs of progress are that its number of students has increased sharply and that it has signed more than 60 international agreements with 50 foreign universities and schools, he said.

The university's history actually dates back to 1989, when, after gaining religious freedom in the Velvet Revolution, bishops wanted to establish a catholic faculty of pedagogy. In 1996, the Catholic Institute of Pedagogy was founded in Ružomberok as a division of the University of Trnava. A year later, it became part of the University of Žilina. And in 2000, it was transformed into the Catholic University in Ružomberok.

The university originally had only two faculties: philosophy and pedagogy.

It now comprises four, having recently added a Faculty of Theology and Faculty of Health. According to Stanček, the university offers 94 study programmes as of the end of the current academic year. Students are mainly interested in studying languages, journalism, management, nursing and social work.

Like all universities in Slovakia, the Catholic University is busy preparing for complex accreditation, which takes place in the coming academic year.

"We want to perform as well as possible and uphold our position," Stanček said. "This is significant for us, so we've been working for more than a year on projects that will reveal the university's weaknesses and strengths."

The university's leadership is fully aware of the importance of internationalism in education and research these days. As well as full membership in the IFCU, the university has focused on establishing and maintaining relationships with religious foreign universities and institutions. It is also encouraging its students and teachers to explore opportunities abroad.

"The benefits of our studies abroad are mainly the opportunity to live in a diverse academic environment, improving language skills and experiencing the quality academic systems of Central and Eastern Europe," Dalibor Mikuláš, the university's vice-chancellor for international relations and mobility, told The Slovak Spectator.

In this academic year, 31 of the university's students are studying abroad as participants of the Erasmus programme and several outgoing students are enrolled in other scholarship programmes.

"The university wants to increase the number of its international study stays," Mikuláš said. "And starting the next academic year, we want to increase the number of internship stays abroad as well."
The university's international students come mainly from neighbouring countries, including the Czech Republic and Poland. The Erasmus students take special courses taught in English or German, such as English for Commercial Practice, English and Literature, German and Literature, Philosophy and Theology. There are Slovak participants in these courses as well.

There are currently 43 full-time foreign students and 10 Erasmus students at the university, and it welcomes more of both, he said.

"For students studying on the basis of inter-state agreements, mainly from the Czech Republic, the studies are for free," Mikuláš said.

He also said the university is trying to promote the scholarships available to foreigners from the Slovak Academic Information Agency and the Ministry of Education.