Predator should have been confined; he was not

THE MURDER of 9-year-old Jakub Šimánek in the Czech town of Havlíčkův Brod has cast a long shadow over Slovakia’s system of treating, confining, and tracking sexual predators. 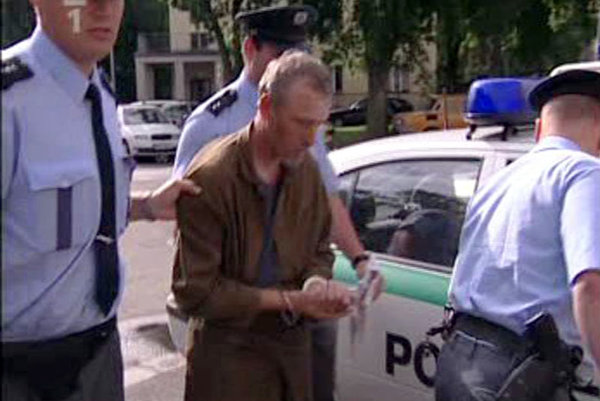 THE MURDER of 9-year-old Jakub Šimánek in the Czech town of Havlíčkův Brod has cast a long shadow over Slovakia’s system of treating, confining, and tracking sexual predators.

Antonín Novák, a Slovak who had four previous convictions for sex crimes, has confessed to raping and killing Jakub at the beginning of May.

At the time of the murder, Novák was wanted by the Slovak police for not attending mandatory therapy sessions. But when police showed up at his permanent residence, they found he hadn’t lived there in three years.

This has put the interior, justice and health ministries in the crosshairs of damaging
criticism.

Slovak police requested assistance from Schengen authorities, but failed to specify that Novák was a convicted sexual predator.

Justice Minister Štefan Harabin admitted on June 12 that this was a mistake that had complicated the Czech police’s ability to locate him.

“How could they possibly search for him without knowing his complete criminal record?” Harabin asked.

“I am not an arbitrator, nor an investigator, so I will not assign blame,” he continued. “But the courts did not make any mistakes.”

The Slovak Democratic and Christian Union (SDKÚ) and the Christian Democratic Movement (KDH), who represent the parliamentary opposition, said the blame lies in the fact that Novák was able to escape to the Czech Republic, rather than being confined to an institution in Slovakia.

“We see cruel and despicable crimes that could have been prevented if not for the inactivity of responsible authorities,” KDH chairman Pavol Hrušovský told journalists.

“It is up to him to take his head out of the sand and take action,” Dzurinda declared.

“If opposition politicians affected with complexes want to try to exploit this tragedy for political gain, they should be reminded that the suspect was released from treatment during their term in office,” she said.

In 2004, the District Court in Rožňava transferred Novák from treatment in a mental institution to outpatient treatment based on a psychiatrist’s recommendation.

Novák’s criminal record shows his first conviction for a sexual offence occurred in 1982, when he was just 17. He was sentenced to outpatient psychiatric treatment. In 1993, he was convicted of molestation, for which the District Court in Trebišov sentenced him to 18 months in prison and psychological treatment in an institution, both of which Novák completed.

But in 1999, he was arrested again for sexually assaulting a minor.

He was sentenced to 4.5 years in prison and intensive treatment. He served the entire sentence and while doing so applied for the treatment to be ended, which was rejected.

Upon release, Novák continued treatment in a mental institution in Plešivec. It was then, at the end of May 2004, that a psychiatrist recommended Novák be transferred to involuntary outpatient treatment.

He stopped attending the sessions in autumn 2007.

On December 4, 2007, the mental institution in Plešivec notified the District Court in Rožňava that Novák had stopped attending therapy. The court requested that police find him and bring him back to the institution, but a search in January ended up with no trace of him at his permanent residence in Revúca.

After a second search on April 11, police came back with the information that Novák hadn’t lived at his permanent address for three years.

“During the check, we found out from a neighbour that Novák had divorced his wife, who was working in the Czech Republic,” Branislav Valaštek, head of the district department of police in Revúca, wrote in a statement.

Slovak police reject any accusation of error. Interior Minister spokesman Erik Tomáš said that the two requests from the District Court in Rožňava only asked the police to check Novák’s permanent residence, without providing a reason.

“The police checked Novák’s residence twice and twice reported their findings to the court,” Tomáš told The Slovak Spectator.

“The police did everything they should have, according to the law, and in accordance with the court’s request,” Tomáš added.

The Justice Ministry has also rejected accusations that the courts made any mistakes in the case.

“Every court that acted in this case didn’t make a millimetre of a mistake,” Justice Ministry spokesman Michal Jurči told The Slovak Spectator. “They acted expediently, strongly, decidedly and always in accordance with the law.”

However, Jurči admitted that the Slovak justice system lacks a clear communication channel between judges and police. For example, judges do not have access to the online system that lists wanted criminals.

“Maybe if the judge [at the District Court in Rožňava] had had access and had gotten a complete picture of who this person was, he could have alerted the police,” Jurči stressed.

But the opposition’s criticisms have focused on the fact that Slovakia does not have an institution where convicts of sexual crimes can be treated indefinitely.

Therefore, Dzurinda reasoned, the health and justice ministries, which should have established such an institution, shared in the blame.

According to Danica Caisová, the head of the Slovak Sexological Society, the Novák case is an example the sad state of treating sexual deviancy in Slovakia. She said one issue facing the society is its approach to sexual crimes. When compared with other countries, Caisová said, far fewer sexual offences in Slovakia are reported to police.

“According to the statistics, only about 15 percent of all sexual crimes are reported,” Caisová said.She also sees a problem in the unsystematic treatment of sexual conditions.

“Institutional treatment at a specialised facility is not possible, even for regular members of the public,” Caisová stressed.

The only facility of this kind exists in the Košice prison, which only treats prison serving out their term. Caisová does not consider treatment of sexual conditions in mental institutions medically sufficient.

“Men with sexual deviations need care at a specialised ward,” she emphasised. “There should be at least one ward where anyone can go. In the Czech Republic, there are six of them, and one prison ward.”

Caisová said that a detention facility should be reserved for men like Novák, who despite having undergone repeated treatment, continue to represent a permanent danger to society.

“Claiming that a detention institution can get rid of sexual predators forever is an oversimplification of the problem,” Caisová said.

The events of the crime

Police informed the Czech media that Antonín Novák had confessed to the crime. Novák told the police that, on May 4, he led Jakub from a playground to a house, where he raped him. It wasn’t until Jakub threatened to tell his parents that Novák killed him.

Two days later, police published a description of the man with whom Jakub was last seen alive. This led to Novák’s arrest the next day in the Czech town of Kolín. Novák then took police to where he had buried the boy’s body. He later confessed to having sexually assaulted other children.

Upon the discovery of the Jakub’s body, the boy’s father told the private Nova TV channel: “This is the worst horror that a person can experience.”