THE EVER-EVOLVING European labour market is set to receive another prod following agreement among European Union members on the EU working time directive. Though the standard working week will remain 48 hours, workers are to be allowed to work more if they wish, but only up to a maximum of 60 hours per week, according to the agreement reached by EU labour ministers on June 10. Trade unions have attacked the deal, dubbing it a “new slavery.” 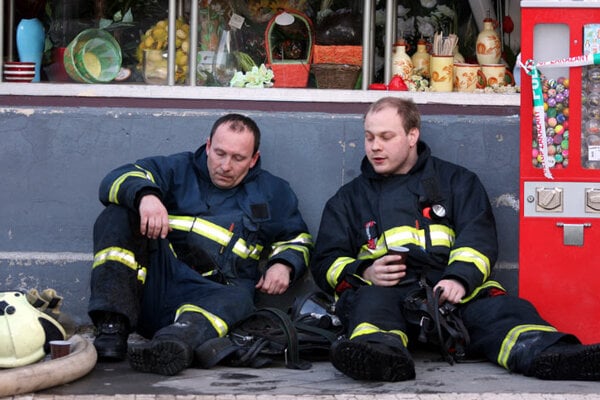 THE EVER-EVOLVING European labour market is set to receive another prod following agreement among European Union members on the EU working time directive. Though the standard working week will remain 48 hours, workers are to be allowed to work more if they wish, but only up to a maximum of 60 hours per week, according to the agreement reached by EU labour ministers on June 10. Trade unions have attacked the deal, dubbing it a “new slavery.”

Vladimír Špidla, the EU’s employment and social affairs commissioner, hailed the agreement, saying the EU has now overcome stagnation in the sphere of social affairs and has opened up room for new developments, according to public service Slovak Television on June 17.

The Slovak Labour Ministry said the proposed new directive was balanced, while businesses hope it will bring more flexibility to the labour market. Observers say it will please hospitals, firefighters and other professions who are expected to operate around the clock, and as a result frequently exceed the present overtime limit and thus violate the Labour Code.

The latest revision to the present Labour Code, which took effect in September 2007, requires employers to make sure their employees work no more than 48 hours per week – including regular working hours, overtime and stand-by time. An exception was made for the health sector, which was granted a 56-hour maximum under the terms of EU legislation.

Slovak Labour Minister Viera Tomanová said that the new EU directive gives enough room for specific features of national legislation to be preserved or modified so as to boost employment. At the same time, the directive also allows Slovakia to comply with the principles of the European social model and provide for just social protection of employees, according to the Labour Ministry.

Tomanová regards the option of extending the 48-hour working week, along with effective health and safety measures, as a positive move towards labour market flexibility “which is crucial for reducing unemployment, improving the business environment and ultimately securing economic growth,” Barbora Petrová, of the Labour Ministry’s press department, told The Slovak Spectator.
Petrová added that the minister considers the limits to theworking week proposed in the agreed directive to be balanced.

The Confederation of Trade Unions (KOZ) in Slovakia does not share the minister’s contentment with the directive and is supporting efforts by European trade unions to have it modified.

The KOZ, through its representatives in the European Trade Union Confederation, will try to advocate changes to the directive, Mojš said.

The Slovak Trade Unions for Healthcare and Social Services said the directive is indeed a backward step which is incompatible with EU principles.

“In the event that such a directive is passed it might put pressure on employees to work longer hours during the week, which means that they will spend more time at work than they are doing now,” Anton Szalay, the chairman of the organisation, told The Slovak Spectator. “Patients will not know if the physician is rested enough or if he came to treat them from [having earlier done other work].”

Szalay said that if there are protests against the directive, members of Slovak healthcare unions will join them.

The Presidium of the Slovak Fire and Rescue Service welcomed the EU directive, especially the classification of active and inactive stand-by time, said Marta Barinová, director of the presidium’s personnel department.

“However, we do not expect application of the directive to have a considerable impact on the fire service,” Barinová told The Slovak Spectator.

The government has approved the employment of 4,102 firefighters for 2008. As of May 1, their number stood at 3,674, with the hiring process continuing. Based on the law on fire and rescue services, firefighters should work 40 hours a week with the option of overtime up to a maximum of 300 hours a year. Together this mean that firefighters’ active service time is now 48 hours per week, which is enough for the fire service to provide full cover, Barinová said.

The EU has also approved changes to the temporary workers directive, which grants temporary employees the same pay and labour conditions as regular employees.

The National Union of Employers (RÚZ) said that this revision might potentially inflate costs for employers, especially in fields where employees work in a stand-by function.

“The second problem is that [this directive] undermines employment of temporary agency workers by equalising their wage and labour conditions with regular workers from the very first day of their employment,” Martin Hošták, RÚZ secretary told The Slovak Spectator. “We regret that our ministry has not been able to negotiate, at the least, a three-month exemption, like the exemption granted to Great Britain.”

This will have a negative impact on workers and employers in agriculture and the construction industry, where seasonal work is common, but also in the automotive and other industries, said Hošták.

However, the Slovak Business Alliance has welcomed the directive. According to its executive director, Robert Kičina, the revision increases flexibility in the labour market.

“The main benefit is that if employees want to work - and therefore earn - more, the law will not stand in their way,” Kičina told The Slovak Spectator. “At the same time working hours problems have been solved for professions that require longer working time, for example healthcare.”

The incorporation of the working time directive will mean a partial return to the recent past, when the business community was very positive about the Labour Code thanks to the flexibility over working time, Kičina said.

“Employers would rather opt for other types of contracts; for example agreements or self-employment,” Kičina said. “We are already at the bottom of the EU in terms of temporary work contracts and these regulations will contribute to a further decline.”

Marta Ďurianová and Jana Liptáková contributed to this report.