Acargo of 10,000 military rockets was shipped from Slovakia to Sri Lanka in April, even though European Union rules forbid such trades. 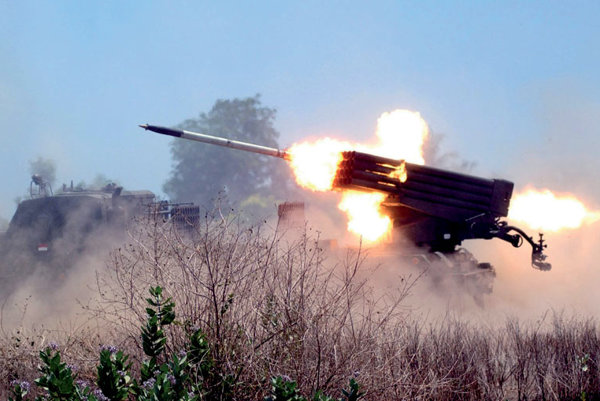 Acargo of 10,000 military rockets was shipped from Slovakia to Sri Lanka in April, even though European Union rules forbid such trades.

The rockets were sold to the Sri Lankan army by the Way Industry firm of Krupina, which has also supplied the Božena mine-clearing device to international groups like the UN and NATO. The deal was approved by the Slovak Economy Ministry, even though the EU’s Code of Conduct on Arms Exports forbids member countries from selling weapons to places where they could be used in human rights abuses, or where they could prolong military conflicts.

Sri Lanka has been mired in civil war for the past 25 years, and its government has repeatedly been accused of using weapons indiscriminately, and of being responsible for human rights abuses such as ‘disappearing’ young men suspected of rebel sympathies. The country is not under a formal UN or OSCE arms embargo, however, and the EU Code is not legally enforceable.

The GRAD rockets (pictured above in action) were sold by Way to the Sri Lankan army for Sk37.6 million. They had been bought from the Defense Ministry in November 2006 for Sk8.45 million. A former Way executive, Miroslav Výboh, now of the Willing arms firm, is on first-name terms with Prime Minister Robert Fico, and has been on official foreign visits with the PM to arrange arms deals, such as in Israel and Libya.

The Foreign Ministry, which has the power of veto over arms sales if it judges they are likely to harm Slovakia’s foreign policy interests, said that it had seen nothing wrong with the deal. “We only approved a deal with these weapons, we didn’t approve their use,” said ministry spokesman Ján Škoda.