Petrochema given reprieve by Russians

THE FIRM at the center of Slovakia’s fuel tax scam, Petrochema Dubová, is under new Russian management and is re-launching its oil refining business. 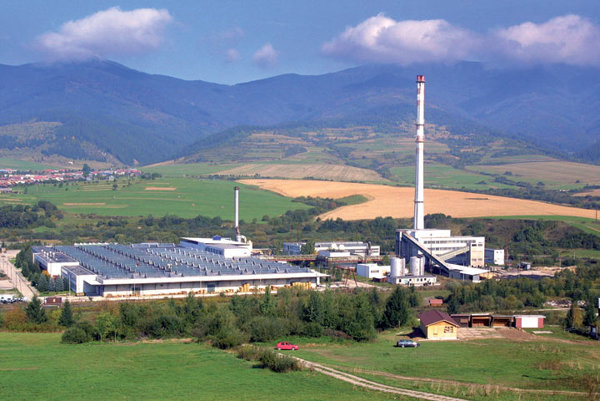 After several years of halted production, Petrochema should be ready to refine 600,000 tonnes of oil a year by January 2009 (Source: Ján Krošlák)
Font size:A-|A+

THE FIRM at the center of Slovakia’s fuel tax scam, Petrochema Dubová, is under new Russian management and is re-launching its oil refining business.

Russian native Igor Melnikov, who has been chairman of the board since February this year, was cagy in an interview with the Trend business weekly when asked about the capital behind Petrochema’s new majority owner, the Swiss firm Omeco Group. “Money likes quiet,” he said.

However, according to Trend, the new owners are a group of entrepreneurs that control the Russian firm Rosenergomash, and that have influence over the Moscow Institute for Chemical Industry Plant Design. These contacts mean that the new owners have the capital, the technological know-how and the oil-industry contacts to put Petrochema back on its feet, and can even offer a market for Petrochema’s core product, oil for transformers.

“We’re not going to be another Slovnaft or another OMV,” said Melnikov, referring to two of the region’s largest oil refiners. At the same time, following an initial investment of 25 million euros in reconstructing the plant, he said, Petrochema next year will be capable of processing 600,000 tonnes of oil annually, which is over 10% of what the Slovnaft refinery in Bratislava handles. Turnover is expected to quadruple in 2009 from this year’s forecast Sk2.5 billion.

The refinery was built between 1935 and 1938 in Dubová in Central Slovakia. It was bombed and heavily damaged in 1944, but was re-launched a year later. Its product line was broadened during Communism to include not only refined and distilled oil products but also detergents and products for the textile industry.

But since its privatization in late 1995 under the third Vladimír Mečiar government, Petrochema has struggled. Sold to entrepreneur Karol Konárik, an MP for Mečiar’s HZDS party between 1994 and 1998, Petrochema was passed on to the Alfa Trading company and then the Czech Annectis group in the summer of 2004, but was never far from bankruptcy.

The situation then took a turn for the worse. The Slovak police announced their biggest-ever bust of an organized crime ring, arresting 81 people and taking dozens into custody for selling cheap, low-grade heating oil at the pumps as highly-taxed diesel fuel. Among those charged were several members of Petrochema’s senior management, who allegedly had colluded with the scammers in distributing heating oil through dozens of paper companies to hide the trail.

Following the murder in 2006 of one of the olejári group’s ringleaders, Ján Kubašiak, the man accused of ordering the hit, Igor Šajgal of Šajgal Oil, said that “Kubašiak knew his way around Petrochema perfectly, and Šajgaloil sold 70% of their production.”

As employment at the refinery fell during two mass layoffs by 300 people to 136, Slovak financial groups scrambled to buy up receivables against the firm. The Istrokápital group proved the most successful, and became the new owners of Petrochema through the Bratislava-based Petroinvest company. Istrokapitál provided about Sk750 million to Petrochema in the form of short-time financing, which was later taken over by Poštová banka in the form of a loan.

But even Istrokapitál was unable to ensure a steady flow of oil from Kazachstan, and in the end was forced to turn to those who had the capital and the contacts to do so – Rosenenergomash.

The new owners, who signed the purchase contract at the end of January, so far are not planning to produce sulphur-free diesel, which would give them access to the European Union’s lucrative markets. “The price differences between the various products are too small for such a large investment to make sense for us at our production levels,” said Melnikov.

Making sulphur-free oil only makes sense at production levels of over a million tones of oil, according to Melnikov. However, Petrochema plans to reduce sulphur levels in its products by importing crude from the Caspian Sea and by processing the liquid condensate that comes from natural gas extraction. Melnikov said the latter would be supplied through a contract with Gazpromexport and promised deliveries from Gazpromneft.

Following the initial renovation of the refinery itself, Melnikov plans to increase supply channels. The railway spur serving Petrochema can only handle 650,000 tonnes annually, so increasing production further will require building a link to the Družba pipeline that crosses Slovakia from Russia. “Building a 60-kilometer link from Rimavská Sobota would not be an unrealistic investment,” Melnikov said.

However, increasing production would also mean giving Petrochema the technology to handle Russian crude, which is higher in sulphur and paraffin. And at the moment, even the lower-sulphur products supplied to Petrochema cannot be refined into diesel that would suit EU standards. So Petrochema will continue to make diesel for use outside the EU, as well as gasoline, light heating oil and mazut. Its customers on the domestic market will include Slovak wholesalers such as the Spectrum firm of Trenčín, rather than the retail market.

Melnikov said he was pleased so far with the investment. “The advantages that brought us here included a ready-built factory with all the necessary networks, experienced people, great logistics, easy access to surrounding countries and plentiful land,” he said. By January next year, if everything goes according to plan, employment at the refinery should rise to 600 people – assuming, of course, that available labor can be found.

An article published in the Trend magazine, “Reštart Petrochemy majú v réžii Rusi”, by Gabriel Beer, was instrumental in putting together this report.