Don’t just stare – drive one yourself!

Škodas and Mercedes and Bentleys are all very well, but there comes a time when nothing but an American classic car will do. 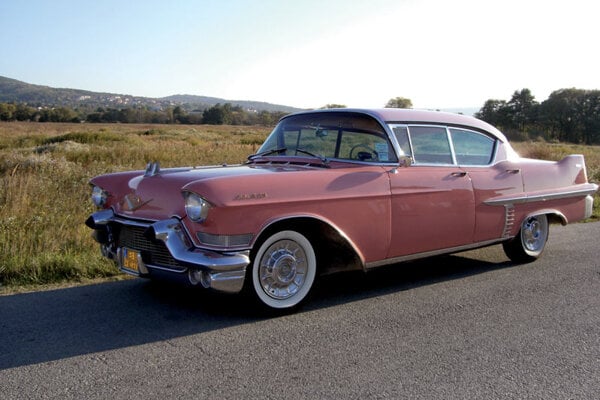 This 1957 Cadillac Sedan de Ville will open their eyes, especially with you behind the wheel.
Font size:A-|A+

Škodas and Mercedes and Bentleys are all very well, but there comes a time when nothing but an American classic car will do.

It might be picking up wedding guests from the airport, or whisking the bride and groom off to their honeymoon. Or perhaps you want to arrive in style to impress an important business partner. Whatever the special occasion, it can be made even more memorable in a 1938 Packard Eight or a 1972 Cadillac Eldorado convertible.

Since 2001, the Progroup Slovakia, s.r.o. company of Bratislava has rented American classic cars for special events as well as parties, film shoots and advertisements. The idea to make the cars available to customers arose from the American Oldtimer Club of Bratislava, which also launched the annual American Classic Rally Slovakia. On May 17-18 this year, the eight staging of the Rally took competitors on a 200 kilometer loop of South-Western Slovakia, starting and finishing in Senec.
The cars can be rented by the hour or for longer periods. In addition to the Packard Eight and the Eldorado, classic car aficionados can also choose from a 1957 Cadillac Sedan de Ville, a 1959 Cadillac Coupe de Ville, or a newcomer - a 1947 Lincoln Continental convertible, which will be available from the end of the summer.

Today, the American Oldtimer Club goes by the name Americký Autoklub Slovensko. For the past four years, the club has exhibited its cars at the annual Autosalon festival in Bratislava.

“Any time you show up in one of these cars in town, it’s amazing how many people just stop and stare,” said Peter Odzgan, the president of the Americký Autoklub Slovensko. “These cars have the power to put smiles on people’s faces, and to take them back to pleasant memories.”