The size of the market matters

RUSSIA is attractive to Slovak businesses due to the size of its market. And Slovakia offers Russian businesses entry to the 500 million potential customers of the European Union. When Slovakia was part of the communist bloc under the Soviet Union, the countries had a very direct economic and political relationship. But that relationship is now rather indirect, as it is mostly conducted on Slovakia's behalf through the European Union. 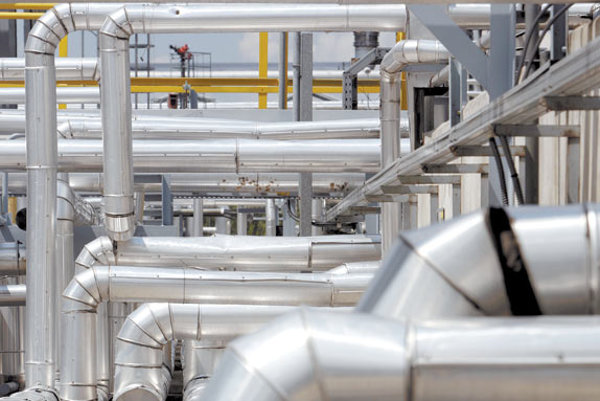 RUSSIA is attractive to Slovak businesses due to the size of its market. And Slovakia offers Russian businesses entry to the 500 million potential customers of the European Union.

When Slovakia was part of the communist bloc under the Soviet Union, the countries had a very direct economic and political relationship. But that relationship is now rather indirect, as it is mostly conducted on Slovakia's behalf through the European Union.

Nonetheless, Russia is still a strategic business partner for Slovakia, which imports all its oil and gas from Russia.

This has created a long–term negative trade balance on the Slovak side that has eased slightly since Slovakia began exporting products by foreign investors that have established operations in Slovakia.

“When we talk about the economic side of Slovakia's foreign policy, we have to keep in mind that it is a member of the European Union,” Alexander Duleba, director of Slovak Foreign Policy Association (SFPA), told The Slovak Spectator.

As part of the single EU market, Slovakia cannot independently negotiate trade with Russia, he said. The authority to represent member countries lies with the European Commission.
“When taking this into account, the trade agenda between Russia and Slovakia has decreased significantly,” Duleba said.

The economic relationship between the countries has gone through different phases, said Dagmar Hlavatá from the press department of the Economy Ministry.

It moved from both countries being members of the Council for Mutual Economic Assistance (COMECON), a group of centrally-planned economies opposed to free market principles, to the current state of building a partnership based on mutually advantageous, transparent and standard economic co–operation, she added.

“Russia represents now, as much as ever, an inevitable partner for Slovakia in the area of energy,” Hlavatá said.


Energy and other industries

Duleba pointed out that the Robert Fico administration often declares it is seeking “reasonable” prices for oil and gas supplied from Russia.

“However, I do not expect that Russia would apply a different principle towards Slovakia just because of some alleged friendly relationship that it has with other countries, except maybe Belarus,” Duleba told The Slovak Spectator.

Slovakia will face a deficit in electricity production after it closes part of its nuclear power station in Jaslovské Bohunice.

“We will have to import electricity and this raises the question of energy security,” he said. “In this respect, Russia is an opportunity for a global partner in the power sector.”
Slovakia’s location as an eastern EU country that borders Ukraine is an asset in the relationship with Russia, said Hlavatá.

After Slovakia entered the EU, Slovak businesses started thinking of it as a gateway for foreign investors to access the East, she said.

A broad gauge railway from Košice to Vienna through Bratislava is planned, which Russia could use to bring its goods to the West. Russia has also worked out a strategy for increasing modal transport from East Asia and China to Europe. However, some doubt remains whether Ukraine will participate in this project, Hlavatá said.

Russian is also interested in co–operating on increasing the capacity of the nuclear power plant in Mochovce, as well as providing technologies for cyclotron and laser centres in Bratislava and Ružomberok, she said.

Apart from energy, there are also industry, transport, and technical-military production sectors that are considered crucial areas for Slovak–Russian ties, the Foreign Affairs Ministry stated to The Slovak Spectator.

Slovakia has reduced the trade deficit with Russia by exporting automobiles (the Kia cee'd, Porsche Cayenne, Audi Q7, VW Touareg), electrotechnical products (LCD television sets by Samsung and Sony), and chemical and cellulose industry products. U.S. Steel and pharmaceutical firm Zentiva are other large exporters to Russia, according to the Foreign Affairs Ministry.

Slovak tyre producer Matador established a joint Slovak-Russian company, Matador-Omsksina, in 1995. It is one of the longest–lasting Slovak investment projects in Russia.

Slovak–based J&T Bank bought Russian bank Tretij Rim in April 2007 and rebranded it after the restructuring process was complete.

Among the Russian investments in Slovakia are the Magnezit Group, which bought a 99.6–percent stake in Slovmag Ľubeník, a Slovak producer of refractory materials. Magnezit has already announced its intention to buy another Slovak magnesite processing plant, Slovenské Magnezitové Závody, in Jelšava.

Technomed Service, a Russian cosmetics and pharmaceuticals company, is planning to build a production plant in Kežmarok, in eastern Slovakia.

And the Eastfield Group, which was founded with Russian-Slovak capital, wants to invest in wine in the Tokay region of eastern Slovakia.

“Former Soviet Union countries still remember the quality products from the former Czechoslovakia and still have some traditional Slovak brands in mind,” the Foreign Affairs Ministry stated. “Slovakia also fulfils the important role of a reliable transit country for Russian energy, which is a great advantage that Slovakia has over Poland, Ukraine, or Belarus.”

“By entering the Slovak market they are, in fact, entering the EU market," he said.
The Economy Ministry stated that Slovakia signed an agreement on economic and research with Russia in 2005.

The agreement established an Inter-Governmental Slovak Russian Commission that meets annually.
The revival of the commission, which had existed previously but was disbanded when Slovakia joined the EU, is sometimes presented as a positive step towards the development of trade relations with Russia, said Duleba.

However, a substantial part of its role had to be left out because Slovakia cannot enter trade agreements unilaterally, he added. In 2007, business leaders from both countries formed the Slovak-Russian Business Council, which assists investment and projects in both countries, according to Economy Ministry.

Slovakia does not have any major points of contention with Russia, said the Economy Ministry.
The possible obstacles in developing business relations between the two countries come instead from unresolved issues between Russia, the EU and the World Trade Organisation (WTO), said the ministry.

Concerning Russia’s accession to the WTO, there are still areas to be resolved, such as export duties, the export regime for woods, railway fees, flights over Siberia, commitments to waste measures, and the renewal of oil supplies from the northern part of the Druzhba pipeline to Mazeikiu refinery in Lithuania, among others.

“Negotiations are being held at the end of June on the new EU-Russian agreement,” said Hlavatá from the Economy Ministry. “The previous such agreements terminated in November 2007. The discussion of a visa waiver for Russian citizens is a matter on the long-term horizon with the European Union as well.”