A SUBSTANTIAL quantity of high explosive was found in the grounds of the house of Constitutional Court Judge Juraj Horváth in Komárno, southern Slovakia. Police Special Unit members found the explosive on June 20 close to a dog pen. "This amount of explosive would have been enough to destroy a seven-storey building," Horváth told The Slovak Spectator. 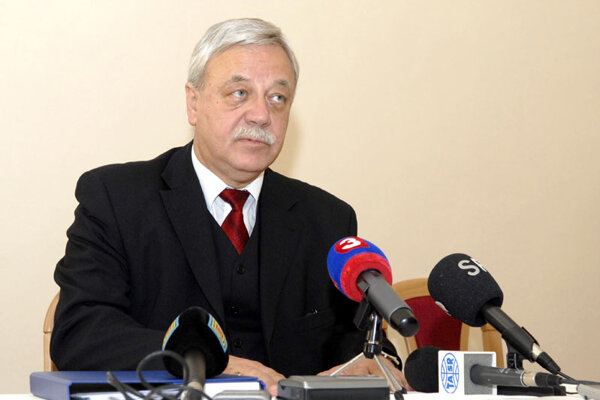 A SUBSTANTIAL quantity of high explosive was found in the grounds of the house of Constitutional Court Judge Juraj Horváth in Komárno, southern Slovakia.

Police Special Unit members found the explosive on June 20 close to a dog pen.
"This amount of explosive would have been enough to destroy a seven-storey building," Horváth told The Slovak Spectator.

Policemen came to Horváth's home after a tip-off and showed him a search warrant. He lives there with the families of his daughter and his son. His son has a surgeon's consulting room there, and his daughter an office from which she works as a lawyer.

The grounds also include a car-wash operated by his son-in-law.

"The police found two parcels, one grey and one white," Horváth said.

Martin Korch, police spokesman, confirmed that police made a search of the Horváth premises based on information they had received. "During the house search, the police found and secured 1,050 grammes of Semtex explosive and 550 grammes of TNT," Korch told The Slovak Spectator. "Police are investigating the case intensively."

He refused to comment further, explaining that police would reveal more details as the investigation progresed.

"First I thought it was [an attempt to create] a scandal ... that some drugs had been planted; I could not believe that it was explosives," Horváth said.

According to Horváth, during the last six months, Justice Minister Štefan Harabin, a nominee of HZDS chairman Vladimír Mečiar, had put pressure on him to resign as a Constitutional Court judge; and Mečiar himself initiated a parliamentary motion asking President Ivan Gašparovič to dismiss Horváth from his post. Following Mečiar's initiative, parliament passed a resolution declaring that Horváth did not possess the qualities necessary to hold the post of Constitutional judge.

But President Gašparovič refused to dismiss him, arguing that he had no legal basis to do so. Recently, Prime Minister Robert Fico has also called on Horváth to resign; a similar call was backed by MPs from the ruling coalition.

In 1996, Horváth was sentenced by the Regional Court in Bratislava to a six month sentence for tax evasion, suspended for a year. When applying to become a Constitutional Court judge in 2002, Horváth provided a copy of his criminal record from which the conviction had been legally deleted.
But his conviction was publicly revealed last year, shortly after Horváth voted in the Constitutional Court against a motion by Minister Harabin which would have allowed for disciplinary prosecution of the head of the Supreme Court, Milan Karabín, a long-time rival of Harabin's.

Immediately after Horváth's conviction was revealed, Harabin repeatedly criticised him and called for his resignation.

He said Horváth's past had damaged the trustworthiness of the Constitutional Court as its job was to evaluate the compliance of laws with the constitution, or people's complaints about violation of their basic rights.

After information about his conviction was published, Horváth refused to resign and repeated that he would do so only if political pressure on him was lifted.

Horváth has also been asked to resign by the former justice minister Daniel Lipšic. However, Lipšic hinted that the publication of information about Horváth's past could have been a blackmail attempt by the Justice Ministry.

Horváth said he felt no guilt over the tax evasion and he regards the publication of a deleted convicton dating back to 1996 as political pressure to force him to resign.

"After these attacks, after these raw deals, I decided not to resign," he told The Slovak Spectator.

On June 25, some media reported that police suspected Horváth's son-in-law of having hidden the explosives in Horváth's premises.

"He is a very honest, serious and good person, and this thing that they conspired against him, made me most angry, as this is really filth," Horváth responded. "It is part of their continuing effort to discredit my family members, too. They want to force me to resign from the post of Constitutional Court judge.“

On June 24, the Sme daily reported that the police had come to the conclusion that the explosives found on Horváth's property had nothing to do with him, and that it was a straightforward crime.
An unofficial source told Sme that it was connected to a dispute between two employees of the car-wash belonging to Horváth's son-in-law. The source said that one of them put the explosives on the judge's property, and informed the police that it was put there by the other. Officially, the police have refused to comment on these reports.

On June 23, Horváth sought official protection for his family. "I do not fear for myself, but rather for my family," Horváth said. "But not only have I not received protection, nobody has even responded to my request.“

As The Slovak Spectator went to press, he had still not received any protection.

Ľudmila Staňová, from the communication department of the Interior Ministry, told the SITA newswire that neither the Minister's Office, nor the Office for the Protection of Constitutional Officials had received any request from the judge.