ÚPN: No cooperation from prosecutor, despite law

A SECTION of Slovak law passed in 2002 requires the Nation’s Memory Institute (ÚPN) and the General Prosecutor’s Office (GP) to work together to investigate and prosecute crimes committed during the country’s fascist and communist eras. 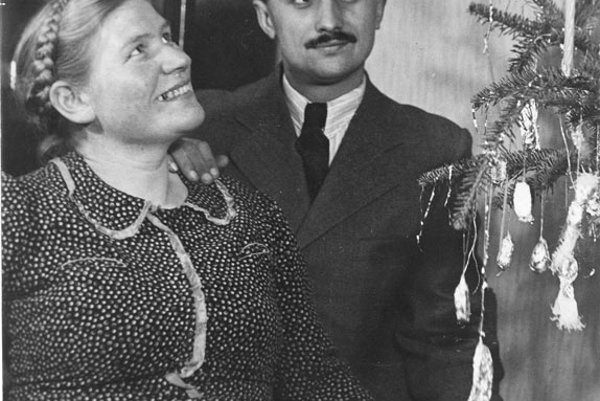 A SECTION of Slovak law passed in 2002 requires the Nation’s Memory Institute (ÚPN) and the General Prosecutor’s Office (GP) to work together to investigate and prosecute crimes committed during the country’s fascist and communist eras.

The Act on the Nation’s Memory, which established the ÚPN in 2002, required both agencies to set up a special department tasked with fulfilling the Act within six months of it taking effect.

The Preamble to the Act on the Nation’s Memory states that the purpose of the Act is to “make available the concealed activities of repressive bodies during the eras that lacked freedom, 1939-1989, and determine the responsibility for the oppression of the homeland, murders, enslavement, robbing and humiliation, moral and economic decline, and judicial crimes.”

Svetlana Husárová, spokesperson for the GP, told The Slovak Spectator that Trnka assigned two prosecutors to the special group in 2002.

“And in 2007, we formed an organising and control department which, among other things, deals with submissions from the ÚPN,” Husárová said. “So ÚPN matters are now addressed by five prosecutors.”

Petranský said he welcomed the news, but called it “strange” that he hadn’t been informed.
“So to speak now about any closer co-operation would be premature,” he added.

Asked how he imagined his office and the GP would co-operate, Petranský said he couldn’t imagine influencing the GP. So far, he said, co-operation has consisted more of an exchange of correspondence.

“We consider it important that the GP takes our submissions seriously and responsibly,” Petranský said. “So we consider it logical that we be informed about its steps and, thereby, deal with any problems.”

Rather than the agencies working together, as Slovak law intended, the ÚPN now submits cases to the GP once it believes it has gathered enough evidence for prosecution.

This is what happened this May, when the ÚPN sent evidence of 42 killings that occurred on the Slovak part of the former Czechoslovak border, of people trying to flee communism.

ÚPN employees said these cases are considered crimes against humanity, and so are not subject to the statute of limitations.

Ľubomír Morbacher, head of the ÚPN’s documentation section, added that the ÚPN had gathered detailed accounts of what happened and who was responsible.

“These documents corroborate the facts, proving that crimes against humanity were committed,” Morbacher told journalists on May 29.

However, the next day, Trnka told the Hospodárske Noviny financial daily that while his office would review the submission, he doubted anything would ever come of it.

“I think that Petranský submitted it rather to draw attention away from other events involving the ÚPN,” Trnka told the daily.

Trnka was hinting at the fact that the ÚPN was facing criticism and even efforts by coalition politicians to abolish it at the time.

“This is a normal excursion into history and someone wanted to present us with this unpleasant part of it,” Trnka told the public Slovak Radio on June 9. “This is not the kind of allegations that a prosecutor’s office should be dealing with.”

The ÚPN has rejected that criticism, saying it had worked on the submission since 2004.

Husárová told The Slovak Spectator that the ÚPN submission was in fact incomplete and that the GP had asked for it to be completed.

“But so far, we have received no answer. We are continuing to examine the case,” she said.
Milan Žitný, a journalist who specialises in cases concerning the secret services, told The Slovak Spectator that he had not heard of a department at the GP that had been assigned to co-operating with the ÚPN.

Moreover, the General Prosecutor is not supposed to make sarcastic comments about ÚPN submissions, but enforce the law, Žitný said.

“In the Czech Republic, we see a constructive dialogue between the State Prosecutor’s Office and the Institute for Investigating and Documenting the Crimes of Communism, or its successor, the Institute for Studying Totalitarian Regimes,” he said.

The General Prosecutor’s Office, however, is run like a monocracy, as it is not subject to review by any other body, Žitný said.

The General Prosecutor is elected by Parliament, so it is a political post, not professional, he pointed out.

“It is a model that comes from the beginning of the 1960’s and the Soviet Prosecutor’s Office,” Žitný said.

Morbacher told The Slovak Spectator that the ÚPN is now working on other cases. Some of the documents stored at the ÚPN reveal that the communist-era secret service (ŠtB), or other repressive bodies, participated in the killing of several persecuted people.

“Many documents reveal that crimes against humanity may have been committed,” Morbacher said. “Unfortunately, our legal options are inadequate for the extent of crimes and illegal deeds committed in the period that suppressed freedom.”

The ÚPN has submitted five cases to the GP for review. One of them is the case of Valéria Matulayová, who was convicted of treason in 1961.

The GP has said it won’t pursue the case because the allegations in it cannot be proved.

“Mrs. Matulayová is already dead and she never claimed that her guards harmed her,” Husárová said.

Moreover, Matulayová was pardoned posthumously in 1990 under the Court Rehabilitation Act, Husárová said.

“Therefore, she was not prosecuted [sic] for her crimes, as she was pardoned.”

But the ÚPN has testimony, reviewed independently by The Slovak Spectator, that Matulayová wrote hours before her death alleging that members of the ŠtB mentally and physically tortured her to coerce a confession. The testimony includes the names of her abusers, and is confirmed by other the materials archived in the ÚPN.

The testimony, which has been combined with the ÚPN’s research, states that Matulayová was apparently singled out soon after the Communist Revolution in 1948 because she had complained to state authorities about her children not being allowed to attend university, despite their excellent grades.

An ŠtB agent named Alžbeta Csepyová entrapped Matulayová by asking for her help with purchasing medication from abroad for an eye ailment she claimed to be suffering from. Matulayová introduced her to an acquaintance, a boatsman, who Csepyová then asked to help smuggle her over the border.

The boatsman and Matulayová were immediately arrested, though Matulayová was the only one accused of defaming the state and conspiring against it by persuading others to emigrate.

Matulayová wrote that her guards did not allow her to sleep and forced her to walk in her tiny cell for 16 hours a day.

“My feet were swollen, and I just walked and walked,” Matulayová wrote.

They did not switch off the light for the night, kept the cell cold, and refused treatment for her illnesses, she said.

“I could never assert my version of the truth, as they always sent the same investigator I had complained about,” she wrote.

She was only allowed to talk to a lawyer in the presence of the state investigator, Štefan Marušic.

“Who has the power also has the truth,” Marušic repeatedly told her.

“You can do whatever you wish – I cannot be punished in any way, as I am an Interior Ministry employee, and I can investigate you for anything I wish,” he threatened her.

Matulayová wrote that one of the guards, whose name the ÚPN employees failed to investigate, pushed her so violently against an iron table, she formed a bump that developed into a tumor.

Matulayová also wrote that she was permitted only five minutes of fresh air each 10 days, forced to wash and clean her tiny cell repeatedly, and denied visits for nine months.

Even when seriously ill she had to go through ŠtB interrogations. Once, she was even given an injection in the prison infirmary so that she could be interrogated.

“They tried to devastate me totally, both physically and mentally,” Matulayová wrote.
On May 5, 1961, the Regional Court in Bratislava sentenced Matulayová to two-and-a-half years for treason.

She underwent an operation to remove the tumor on January 8, 1962, in prison, and again on January 25. She was eventually released. She died on October 18, 1963.

“What is the value of a life in which you are depressed, humiliated, oppressed?” she wrote. “Is it worth living?”