SLOVAKIA’S athletics federation has banned Slovak shot-putter Mikuláš Konopka for life after a second doping offence. The ban extends to coaching or administrative activity, as well as competition in any sport, the Pravda daily wrote. 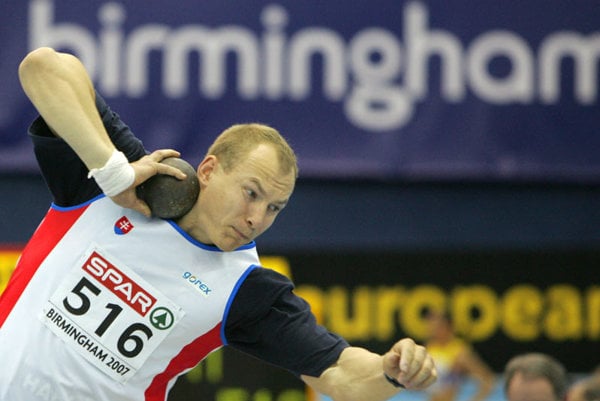 SLOVAKIA’S athletics federation has banned Slovak shot-putter Mikuláš Konopka for life after a second doping offence. The ban extends to coaching or administrative activity, as well as competition in any sport, the Pravda daily wrote.

The 29-year-old Konopka tested positive for metandienon on May 13. He requested analysis of a second sample and that test confirmed the result.

Konopka had earlier tested positive for the banned steroid stanozolol at the European indoor championship in Vienna in 2002 and was forced to give up his bronze medal at that meet.

At that time, he was given a two-year ban. IAAF rules call for a lifetime ban after a second violation.

Konopka resumed training in 2004. In 2007, he achieved his greatest success, winning Slovakia’s first gold at the European indoor championships in Birmingham, UK, and improving his country’s record in the shot-put by 63 centimetres to 21.57 metres in the process.

In a prepared statement to the press, Konopka described the circumstances of the doping tests which took place at his home in Želiezovce on May 13.

He maintained that he had not taken any illegal substances and that he could have easily avoided the test if he had so intended. He was at the dentist when the testers arrived at his house. His wife phoned him and he returned home immediately for the sample to be taken.

“Had I not returned home, I would have only risked a warning for a missed test,” he said.
Konopka stressed that this year 17 tests were performed on him and all were negative. He says specialists confirmed that metandienon stays in blood for at least 10 weeks.

“I don’t see how the tests that I took a week before and a week after the positive test could be negative,” he said.

Konopka has consulted with doctors and lawyers but apparently his rights are minimal. He didn’t attend the trial and he is not planning to appeal.

Konopka’s doping case is the seventh in Slovakia since 1993, but the first to result in a lifetime ban.