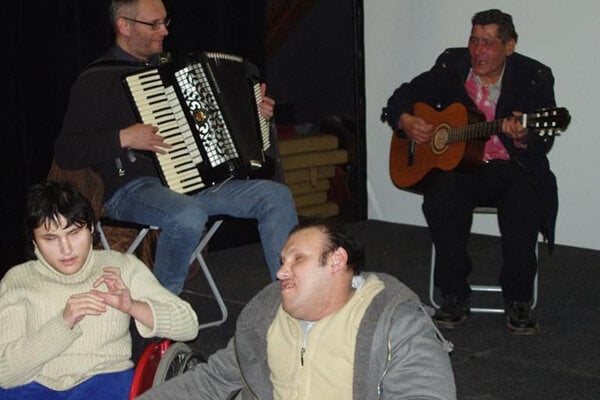 
The Bratislava course will stretch 3,100 metres, but will be restricted due to Nový Most bridge, with the UFO restaurant atop it, and the Lafranconi bridge. The pilots will fly through five air gates at speeds up to 275 kilometres per hour.
The event will start at 13:30. The pilots will begin their training at 14:00. Ten minutes later, a helicopter will demonstrate the course. The first round of the duel will start at 14:30, followed by a performance by the Flying Bulls at 14:40. The second round will take place at 14:55. For more information, go to www.redbull.sk.


Banská Štiavnica
CONCERT: PEOPLE from around Banská Štiavnica can attend concerts, discussions, poetry events, and other activities organised as part of Cap a l'Est, from August 8 to 10. This year, for the first time in the festival’s six-year history, this part of the event takes place one week before the main festival.
The activities over the course of those three days include a discussion about the 40th anniversary of the invasion of Czechoslovakia; the screening of a documentary about contemporary Slovaks entitled Slovakia for Beginners; a street performance entitled Prometheus, a poetry workshop; an a capella concert by the Ďuďovci, handicapped Roma siblings; a concert by French violin player Sharman Plesner; and a jazz concert by Dodo Šošoka and the Slovak Jazz Trio. The events will take place in succession in the villages of Píla, Župkov, Hrabičov, Ostrý Grúň, Kľak, and end in Banská Štiavnica. The venues will include a pub, a church, a village office and a playground. For more information, go to www.capalest.sk.

Banská Štiavnica
FESTIVAL: 4 Elements – This tenth annual film seminar focused on the theme of mirrors includes movies from France, Spain, the Czech Republic, Austria, Slovakia and others.
Runs: Aug 7-10. Admission: Sk500 (pass for the whole event), Sk60 (for individual screenings). The cinema and other places in Banská Štiavnica. www.4zivly.sk.