THE ERA of hard-line social policies that Prime Minister Robert Fico heralded for the second half of his rule seems to finally be materialising. Fico, the Labour Ministry and the country’s trade unions are pushing to raise the minimum wage from the current Sk8,100 (€268.87) a month to at least Sk8,900 (€295.43), starting next year. Employers have shown little sympathy for the requested hike and said that such an increase might force many businesses to close shop. 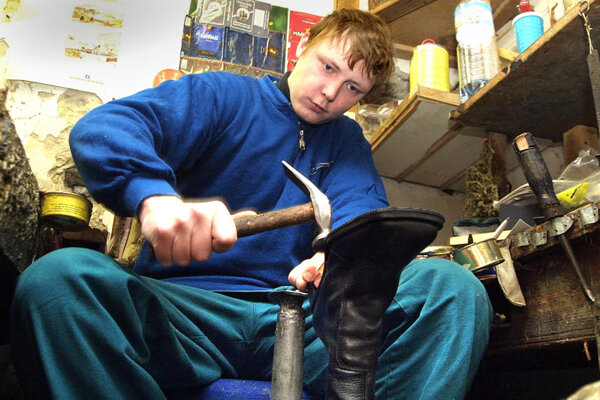 THE ERA of hard-line social policies that Prime Minister Robert Fico heralded for the second half of his rule seems to finally be materialising. Fico, the Labour Ministry and the country’s trade unions are pushing to raise the minimum wage from the current Sk8,100 (€268.87) a month to at least Sk8,900 (€295.43), starting next year. Employers have shown little sympathy for the requested hike and said that such an increase might force many businesses to close shop.

The Finance Ministry has also contributed to the government’s social crusade by proposing a special annual bonus of Sk2,500 (€82.98) for the lowest income group. While employer representatives find this idea appealing, trade unions and the Labour Ministry have said that it only motivates businesses to create low-paying jobs and freezes the minimum wage.

A tug-of-war has been going on between the ‘social partners’ – the government, trade unions and employers – over the country’s legal minimum wage. Representatives of the social partners failed to reach an agreement on the issue for the second time during talks on August 12.

Regardless of the result of the talks, the country’s legislation stipulates that the minimum wage should increase by 7.2 percent to Sk8,690 (€288.46) at the beginning of January 2009. However, the Labour Ministry said there is room for a heftier raise and proposed increasing the minimum wage to Sk9,000 (€298.75).

“We also suggested a compromise of Sk8,900 while the trade unions proposed €300, however, they were also willing to discuss a lower sum,“ said Labour Ministry State Secretary Emília Kršíková during a press conference on August 12.

However, the employers have rejected the proposals and said that many firms are already under financial pressure due to the strong Slovak currency, which decreases profits for exporters.

Meanwhile, Fico has insisted on the minimum wage being increased to either Sk8,900 or Sk9,000, adding that if the social partners fail to come to an agreement, the government will use the powers available to it to get the numbers he wants.

Martin Hošták of the National Association of Employers (RÚZ) said that the employers have voted for a Sk590 (€19.58) increase, which, after all, is in harmony with the rules for setting the minimum wage that all members of the tripartite agreed to.

“The hike to Sk8,690 is really borderline,” Hošták told The Slovak Spectator. “If the minimum wage climbs higher it might really threaten small and medium sized businesses and the self-employed in areas like the shoemaking, textile and clothing industries.”

According to Hošták, these are industries that face sharp price competition from Eastern Asia and pay rates in these sectors hover very closely to the minimum wage.

Producers would not be able to compete by raising their prices, but would have to compensate for their increased costs by laying people off, Hošták said.

The Confederation of Trade Unions (KOZ) insists that Sk8,690 neither satisfies its members’ wishes, nor reflects Slovakia’s recent economic development.

Ľubomír Čierny, spokesman of the KOZ, said that the growing productivity of labour supports the union’s argument for a Sk9,000 wage increase.

“We are certain that Slovakia’s economy can handle a higher minimum wage,” Čierny told The Slovak Spectator.

According to Vladimír Mojš, vice-president of KOZ, the minimum wage in Slovakia is one of the lowest in the whole European Union.

According to Mojš, the minimum wage does not secure a dignified standard of living for employees, and yet Slovakia is obliged to keep the European Social Charter, whose Article 4 defines the right for dignified wage conditions.

The real growth of GDP is expected to stand at 8 percent for 2008, which makes the unions’ demands realistic and in line with the current condition of the country’s economy, said Mojš.
As for the possibility of compromise, Mojš said that, at the August 12 tripartite meeting, the unions did not see much openness on the part of the RÚZ and the Association of Employment Unions of Slovakia, who insisted on the Sk8,690 increase.

Mojš said he does not deny that the hike might have an adverse effect on some companies, but he does not think that the impact would be as dramatic as the employers have described.

Trade unions and employers have also been intensively discussing the idea of a yearly bonus. The Finance Ministry hopes that an annual Sk2,500 bonus paid to employees on regular work contracts with salaries close to the minimum wage will motivate employers to create low-income jobs, and the unemployed to take them.

The bonus is intended to ease the tax burden on labour, especially for vulnerable low-income groups, says the Finance Ministry’s Finance Policy Institute, which also hopes the bonus will help curb long-term unemployment.

Čierny of the KOZ said that the bonus actually goes against some of the primary goals that the unions pursue.

“The Alfa and Omega of the unions’ work is to push up the price of labour,” Čierny said. “The employee bonus in fact does the opposite. Its implementation might push the price of the labour down.”

According to Mojš, the employee bonus in fact supports the creation of lower to minimum wage jobs, which also creates room for freezing the minimum wage.

“The economic essence of the employment bonus is, according to KOZ calculations, to save on the price of labour through lower wages, which in fact is financial support for the employer from public finances,” Mojš told The Slovak Spectator.

Though the trade unions have rejected the idea from the beginning, Fico has not written the proposal off completely.

“If it turns out that the move to institute the employment bonus is a good one, that is the path we will walk,” Fico said, as quoted by the Sme daily.

However, he has also emphasised several times that the priority is to increase the minimum wage.

The employers see the bonus as a friendly tool that is actually part of a plan entitled 'Modernisation Programme Slovakia 21', which aims to get the country into shape for euro adoption and ready it for the post-adoption era.

“We propose to widen the employee bonus to also apply in the social sphere so that a payroll tax bonus will also be created,” Hošták told The Slovak Spectator. “This would mean that all social benefits would be replaced by one payroll bonus. This would bring huge savings for the state; it would be targeted at those in the lowest income bracket and would simplify the complicated bureaucratic structure of different social subsidy funds.”

The most urgent problems in the labour market, according to the Finance Policy Institute, are the payroll tax burden, specifically for the relatively highly-taxed low income positions, and the low motivation of people to take up jobs. The Finance Policy Institute argues in its document that the employment bonus is narrowly targeted since “it helps only the low-income groups”.

“Payments from the state are not the most fortunate solution,” said Richard Ďurana of the Institute of Economic and Social Studies (INESS) in an earlier interview with The Slovak Spectator. “The ministry is trying to help low-income groups, and this measure can partially help, yet there is of course a better and more systematic solution, which is cutting payroll taxes.”
Ďurana said that now is an ideal time for cutting payroll taxes.

“I cannot imagine when else, if not in this time of record growth in our economy and tax incomes, it would be less painful for the state to cut the payroll tax burden on labour and thus help the labour market, mainly low-income families,” Ďurana told The Slovak Spectator.

As for the low motivation of the long-term unemployed to take up jobs, Ďurana said that this situation is caused by the incorrect tuning of the social benefits system, combined with the high payroll tax burden and minimum wage, because these kill the motivation of low-qualified people to work, and also limit employers in creating low-income jobs.

“Briefly, the unemployment trap means there is low financial motivation on the part of the citizen to return to work, thanks to the low or even negative difference between unemployment benefits they get and the net income they would receive after their return to work,” said Ďurana. “A monthly Sk200 bonus, which moreover will be paid as a one-time annual payment, is very small motivation to get a job.”