FOR ALMOST a year Prime Minister Robert Fico waited anxiously for the European Commission’s verdict on Slovakia’s plans to complete two units of the Mochovce nuclear plant. But with the EC on July 15 giving the go-ahead, subject to safety recommendations, the prime minister has found another reason for nervousness: the pace of construction. 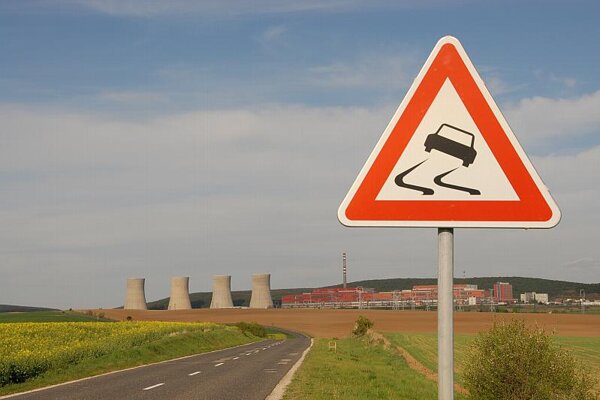 FOR ALMOST a year Prime Minister Robert Fico waited anxiously for the European Commission’s verdict on Slovakia’s plans to complete two units of the Mochovce nuclear plant. But with the EC on July 15 giving the go-ahead, subject to safety recommendations, the prime minister has found another reason for nervousness: the pace of construction.

The project investor, Slovakia’s dominant power producer Slovenské Elektrárne (SE), said that work on the €1.8 billion project has been progressing in accordance with the company’s schedule.

But Fico was not so sanguine speaking to the media on August 12, after meeting Slovenské Elektrárne managers. “The government follows this project with certain concerns as far as time is concerned,” he said, as reported by the Sme daily. “Every single month, every time period by which the completion of the Mochovce plant is prolonged, will cause further difficulties for Slovakia.”

Slovakia, which is dependent on nuclear power generation for a significant proportion of its electricity, switched off the first of the V1 units at its other nuclear site, at Jaslovské Bohunice in Trnava region, in late 2006 in order to comply with European Union regulations on decommissioning outdated Soviet-designed nuclear plants.

The second V1 unit will be shut down by the end of 2008. A second power plant at the same site, the V2, will remain in operation.

Fico, who wants to see the new Mochovce units completed between 2012 and 2013, also said that any delay might force Slovakia to take action to avoid electricity shortages. The prime minister requested the power producer to share its detailed timeline for the project with the government.

The government wants to help as far as possible, Fico added, according to the SITA newswire, but stressed that responsibility for meeting the deadlines for completion of the two units lay with Enel, the Italian company which holds a majority share in SE.

Meanwhile, Economy Minister Ľubomír Jahnátek said that a binding deadline for Mochovce’s completion should be known in September.

The company has been working intensively to prepare the construction site, according SE’s spokesman, Juraj Kopřiva.

The company had completed the revisions necessary for incorporating the requirements of the Slovak Nuclear Regulatory Authority and changes in applicable legislation, Kopřiva told The Slovak Spectator.

“[The company] started the formal approval process according to the Atomic Energy Act. It should be completed this month, since this was a precondition to restart the construction activities on site,“ Kopřiva said.

Facilities at the site have been refurbished, along with utilities in the logistic area, while all the existing stocks and supplier links have been checked as well, Kopřiva added.

“At the peak of construction, approximately 3,500 people should be working at the site, and for this we had to prepare the necessary services and security systems,“ Kopřiva said, explaining the type of preparations Slovenské Elektrárne has been undertaking.

However, the priority, according to Kopřiva, is to have contracts signed with the main suppliers since their role is crucial in the process.

The European Commission delivered its official opinion on the completion of Mochovce on July 15.

“Provided that the European Commission’s recommendations are implemented, aspects of the investment in question are in line with the objectives of the Euratom Treaty,” read the official statement of the commission released on July 15.

The Euratom Treaty requires any new nuclear projects to be reported to the commission, which then publishes its opinion on each one.

Slovak state officials had been waiting for the EC's word on the new units for eleven months. The Slovak media reported that Fico had allegedly written to Brussels urging the commission to release its opinion on Mochovce and warning that otherwise Slovakia would have to consider ‘other options’.

The commission said that though the project complies with Slovak regulations as well as international recommendations, the country still needs to adopt a set of additional measures since the “VVER 440/V213 reactors proposed by the investor do not have a full containment structure, which is used in the most recent construction of nuclear power plants planned or under way in Europe.”

The investor should secure a level of protection equivalent to that provided by a full containment structure, said the EC, and went on to recommend further strategies to allow the units to “withstand a potential deliberate impact from an external source such as a small aircraft“ by allowing for this possibility in their design.

Kopřiva said that the EC’s recommendations will be fully implemented in line with the requirements of the Nuclear Regulatory Authority, thus enhancing the safety parameters of the project, one which SE says is fully compatible with the latest generation of nuclear power plants planned or under construction in Europe.

The Mochovce units will contain Russian-designed VVER 440/V213 pressurised-water reactors, each with a power generating capacity of 440 MW. The two units’ total installed electrical power capacity will therefore be 880 MW, following their anticipated commissioning in 2012 and 2013.