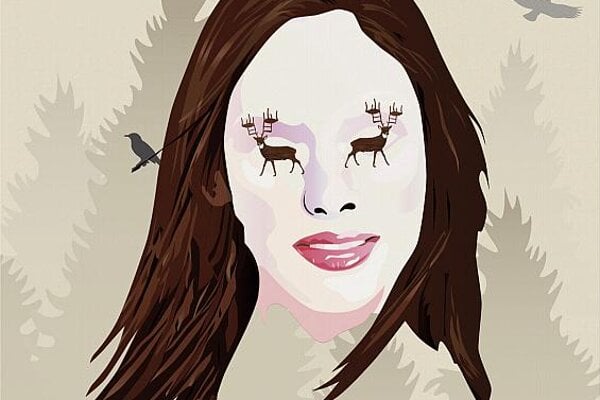 “Slovakia and Austria have a long, common history that has created cultural roots that remain to this day,” Susanne Ranetzky, the director of the Austrian Cultural Forum (ACF) in Bratislava, told The Slovak Spectator. “This has resulted in a mutual understanding and an exchange of cultural values that has increased over the last few years.”

But despite the countries’ geographical and historical closeness, cooperation has still faced some obstacles.

“As recently as a few years ago, I thought the short geographical distance between Bratislava and Vienna meant that cooperation in many areas was simple and automatic,” Ranetzky said. “I quickly realised that this isn’t true, and that the borders still exist in people’s minds.”

The Austrian Cultural Forum aims to erase those borders. Ranetzky describes it as an emissary of Austrian culture in Slovakia.

“Slovakia’s entry into the European Union in 2004 accelerated cultural development and exchange,” Ranetzky said. “And that inspired people to create their own forms of cross-border cooperation.”

She added: “We enrich one another by respecting each other, accepting differences and learning from each other without envy.”

The Austrian Cultural Forum is part of the Austrian Embassy in Bratislava, where it has its offices. It has a small library with literature about Austria and information about study opportunities and cultural events there. It holds regular exhibitions introducing Austrian art and culture to Slovaks in Bratislava and outside the capital.

“The Forum hosts some topics and events that present Austrian culture through the fine arts, music, and literature,” Ranetzky said.

“The Forum’s mission is more than just presenting highlights, because diversity and striving for innovation are fundamental to what it does,” Ranetzky continued. “The wealth of an integrated Europe lies in its diversity and unveiling this emotional and cultural diversity is the best path toward understanding it.”

Each year the Forum focuses on specific topics that provide a springboard for concentrated and joint presentations of Austrian art and culture.

“For example, 2006 was the year of Mozart and the first half of 2006 was the term of Austria’s EU presidency,” Ranetzky said. “2008 is the year of inter-cultural dialogue, and we have just behind us the 2008 European football championship.”

The Forum organises about 200 projects annually, either on its own or in cooperation with Slovak partners and institutions such as the Culture Ministry, the Slovak National Theatre, the Slovak Philharmonic, the Bratislava Cultural and Information Centre (BKIS), galleries, concert and theatre agencies, and many others.

The Forum’s autumn programme is full of exhibitions, concerts, dance performances and readings. The exhibit SK-AT-HU, subtitled Common Cultural Heritage, which will open at the Austrian Cultural Forum on September 9, will show photos by Austrian architect Eva Hody. The images depict the historical construction and cultural environment that links the cross-border region of Slovakia, Austria and Hungary.

On September 11, the Nitra Gallery is opening an exhibition by young Austrian artist Christian Eisenberger. His work explores the current trends of modern fine art, such as street art, graffiti, recycled materials and site installations. Since all these tendencies can be found in Slovak fine art as well, the exhibition will serve as grounds for comparison.

In October, the Forum will host a display of patchworks from Austria’s Tirol region that’s characterised by rich colour combinations, such as fabric and stone.

A photo exhibition by Reiner Riedler titled Paris-Berlin-Bratislava-Vienna will be the Austrian contribution to the Month of Photography festival in November.

When it comes to music, Beefólk from Graz will play at the jazz festival in Košice on October 3 and the Stefan Wagner Group from Vienna will perform at the Bratislava Jazz Days on October 25.

The Twin City Orchestra – the Wiener Symphoniker and the Slovak Philharmonic – will perform at the Bratislava Music Festival, the country’s best known classical music festival.

The third international Cinematik film festival in Piešťany this September is screening as many as eight documentaries in its Contemporary Austrian Document section, which will examine the development of the Austrian documentary film scene over the last eight years.

“We try to put together a programme for a very varied audience and offer interesting things for people with different tastes,” Ranetzky told The Slovak Spectator. “This results in a very lively cultural exchange in all kinds of art.”

It is also preparing Dialogue of Cultures, an extensive exhibition by Slovak artists who attended the Kulturkontakt Austria artist in residence programme.

As far as previous projects that introduced Austrian art in Slovakia, Ranetzky mentioned the extensive Austrian Art exhibition in the Danubiana Meulensteen Art Museum in Čunovo, which presented works by the 29 most significant Austrian artists since 1960, and exhibitions and events dedicated to writers Stefan Zweig (in 2004), Thomas Bernhard (in 2005) and Arthur Schnitzler (in 2007).

“There is also a lot of interest in all genres of music, from jazz to classical, as well as architecture, design and photography,” Ranetzky said. “Simply said, we are trying to keep the finger on the pulse of our audience’s interests.”

The relationship between Austria and Slovakia continues to grow and has created a network between the countries’ institutions.

“Over the years I’ve come to have great respect for the people and the country,” Ranetzky told The Slovak Spectator. “I can describe my feelings with a version of a quote by Austrian writer Peter Altenberg: ‘Not at home, but still at home.’”