Popular sites are just behind the border

TOURISM between Austria and Slovakia has grown beyond the busloads of Austrian opera lovers that come to Bratislava. The exchange now operates the other way as well, with an increasing number of Slovaks enjoying opera and art in Austria and discovering historical and natural sights just behind the border. 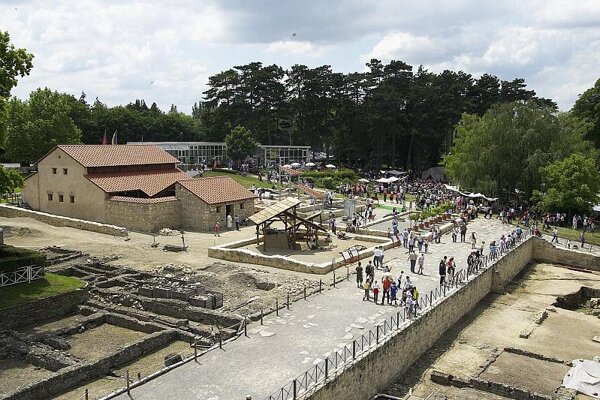 TOURISM between Austria and Slovakia has grown beyond the busloads of Austrian opera lovers that come to Bratislava. The exchange now operates the other way as well, with an increasing number of Slovaks enjoying opera and art in Austria and discovering historical and natural sights just behind the border.

“While last year we registered about 600 Slovak visitors, this year 2,500 Slovaks have already visited,” the festival’s Roland Tóth told The Slovak Spectator. “It’s popular because there isn’t a similar open-air opera event in Slovakia.”

The St. Margarethen festival is the biggest open-air opera production in Europe. It takes place in an old Roman quarry on the UNESCO World Heritage List, providing the performances with a unique setting.

The organisers stage a different opera each year. This July, the festival premiered Verdi’s La Traviata, directed by Robert Herzl.

The organisers said that reputation was one of the main reasons they booked the Slovak Philharmonic Orchestra and Philharmonic Choir.

“These ensembles often perform in the Vienna Staatsoper, which is one of the most interesting and best opera houses,” Tóth told The Slovak Spectator. “So quality was guaranteed.”


Another reason was the fact that Slovak musicians could commute to the festival site, according to Tóth.

“The cooperation between the Slovak ensembles and the Austrian side is good,” he said. “We are planning to cooperate in following seasons.”

Those interested in seeing historical and natural sites not far from Bratislava can find traces of the common Austro-Slovak history just across the border.

Since both countries once belonged to the same empire, the area along the Danube and Morava rivers is spotted with fascinating castles, remnants of the Roman Empire, and nature reserves, all interconnected with cycling paths.

To make the Austrian sites more attractive to their neighbour to the east, the Donau Niederösterreich tourist organisation offered Slovaks and Slovak guides entry at half price at five sites between July 7 and 20.

The Schloss Hof, a baroque castle, was the highlight of the historical sites. Other historical venues were Eckartsau Castle and Orth Castle, which is located at the centre of the Donau-Auen National Park. This park preserves the last remaining major wetlands environment in Central Europe. History lovers could also go to the Carnuntum Archeological Park and art lovers to the Kulturfabrik in Hainburg.

This was the second year that the Schloss Hof had organised a week of discounts for Slovak tourists. Last year, 1,500 Slovak tourists took advantage of the discount and visited the spectacular castle.

Slovaks welcome such gestures from Austria, according to tour organisers, who said they plan to put together a similar project next season.

The Schloss Hof has been popular among Slovaks for some years. Since it opened to the public in 2005, thousands have visited the estate, which is only about 1.5 kilometres from Bratislava, as the crow flies. The drive there takes longer because the bridge across the Morava once used by Empress Maria Theresa no longer exists.

Maria Theresa used the bridge to visit her beloved daughter Maria Christine in Pressburg, as Bratislava was called then. The empress and her family frequently holidayed at the Schloss Hof and hosted some of the most magnificent celebrations in the long history of the Habsburg monarchy there.

A project began in 2002 to return the Schloss Hof to its form in the time of Maria Theresa. It is one of the most ambitious cultural projects in post-war Austrian history, and is likely to continue for years.

At the beginning of the renovation process, visitors were allowed to tour the site, wearing helmets. Instead of spectacular rooms filled with antique furniture, they saw ruined spaces and plans for how they would look after all the work was completed. In the park, beautifully situated on a slope, the guide showed a historical painting depicting the castle and its baroque garden, including samples of flowers that gardeners planned to use to give it its previous spectacular appearance.

Opening the estate at the beginning of its reconstruction was a good idea, since it has been interesting for tourists to come back in following years to see the progress.

Now the Schloss Hof, which occupies more than 50 hectares of land, offers tours of the palace, the gorgeous baroque garden with fountains and sculptures that spread over seven terraces, a farm with an old craftsmen’s workshops, studs, herb and kitchen gardens, an orangery and a petting zoo.