A lovely way to welcome a new citizen

MANY people complain about frustrating, demeaning and draining experiences with clerks and public servants in Slovakia. As an American who’s lived here for 18 years, I certainly have. But this May, I experienced nothing but efficiency and kindness while visiting seven offices and speaking to nine clerks to get my Slovak ID card and passport. So for the sake of balance and fairness, I’m writing this in praise of those who helped. 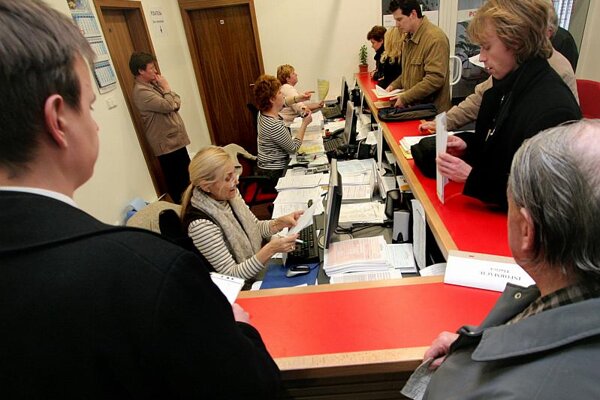 Not all clerks in Slovak offices are unhelpful. (Source: SITA)
Font size:A-|A+

MANY people complain about frustrating, demeaning and draining experiences with clerks and public servants in Slovakia. As an American who’s lived here for 18 years, I certainly have. But this May, I experienced nothing but efficiency and kindness while visiting seven offices and speaking to nine clerks to get my Slovak ID card and passport. So for the sake of balance and fairness, I’m writing this in praise of those who helped.

I’d started the long process of applying for my ID and passport several times throughout the years, but for various reasons had never followed through. But then I decided I no longer wanted to be listed as an “občan*” (a citizen without an ID card or passport), so I set out to accomplish my goal. The following is a summary of my experience.

I started at the Vital Records Office on Heydukova Street to find out exactly what I needed to do. The woman who ushered me into her office was the same one who had dealt with my case in the past. She’s always been patient and kind, and that day she was no different. When I told her what I wanted, she directed me across the hall to another office.

After waiting for less than three minutes, I repeated my request to another person, who began rattling off a list of places for me to go and papers to get. Her approach resembled that of many clerks and shop assistants here: not helpful and just this side of unfriendly. But after living here for so long, I know her type. I didn’t get angry. I just blinked and asked how I could get those things.

She told me slowly, so I had time to write everything down, and checked the papers I already had against the information in her computer. After finding some of my documents had not been recorded, she took two of them and made copies to prevent any unpleasant surprises. By this time she was smiling and friendly. I thanked her and went on my way.

I left home early the next day for the district office on Staromestská Street to have my proof of citizenship renewed. The young man there was soft spoken and helpful. He gave me what I needed and advised me to return my permanent residence card to the border police as soon as I received my citizenship card. A previous person had had some problems because of that, and he wanted to warn me.

My first stop the day after that was at the land register office. This was the office I had dreaded because I had never been there before.

I immediately went to the information desk, where a woman told me to take a number. She had barely finished her sentence when she popped up, escorted me to a ticket machine, and pressed the right buttons for me. My number was 285, and 75 was being served. There were a lot of service windows, but I still expected a long wait. And that’s what I got. But it made a difference to know exactly where I stood in line. The system prevented finks and friends of friends from jumping ahead.

After about two hours I got to the front of the line, and a friendly clerk was able to give me what I needed in about five minutes.

My first hurdle occurred when I went to the police department to get my ID card. The woman there told me that there was a mistake on one of the documents from the Vital Records Office, so I would have to go back, and return to the police with photos and kolky (administrative stamps). Because this happened on a Wednesday, I decided to do it immediately, or I’d face waiting until Monday.

On my way back I felt triumphant but not completely confident – like in the Wizard of Oz, when Dorothy and her companions return to the Wizard after killing the Wicked Witch of the West. But my wizard wasn’t a fraud. She took my papers, checked them carefully, corrected a few minor mistakes, and sent me back to the police.

I went back to the police station early the next day and after a short wait, the same woman from the day before took my documents. She returned within five minutes with my new ID card in hand. Before leaving I asked her about the requirements for my Slovak passport. She told me what I needed and pointed to a door 20 feet away.

The goal that I had set that week was to get an ID card, but it was still early on Friday morning and I was feeling lucky, so I decided to go for the final jewel in my triple crown – an international driver’s license. The woman there was friendly and slightly irreverent, but funny. She was ready to give me the license, but I didn’t have my old one with me. So I called my wife and asked her to meet me in town.

When it was all done, the kind woman said, “So, I guess we won’t be seeing each other for three years.” I smiled, agreed, and said good bye. But I didn’t go far. I sat on the bench and waited for my turn at the passport office.

Ten minutes later, the same lady who had given me the driver’s license saw me in the hall and asked why I was still there. When I told her, she waved me into her office and helped me fill out all the forms. She then took my cell phone number and told me that I would receive an SMS when my passport was ready.

I thanked her and skipped out of the office. Finally, I was an občan, without the asterisk. If I were a betting man, I would have gone to a casino, because this was truly a lucky day.


Was I really lucky or have the services in these offices improved? No matter what the reason, it was a lovely way to welcome a new citizen.