Roughing it in England

BRITAIN was one of the first European Union members to open its labour market to the countries that joined the EU in 2004. Since then, it has attracted the second largest number of Slovaks who have left home for work abroad. 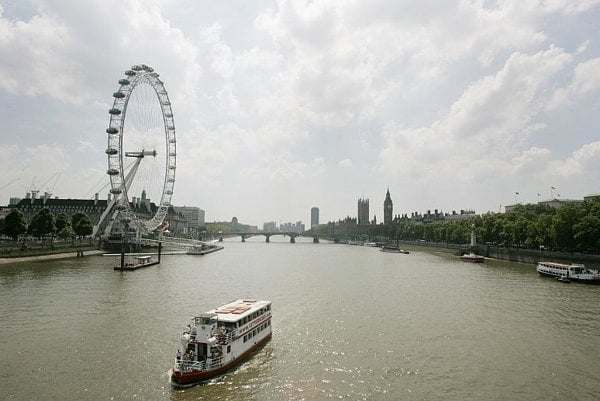 BRITAIN was one of the first European Union members to open its labour market to the countries that joined the EU in 2004. Since then, it has attracted the second largest number of Slovaks who have left home for work abroad.

But the initial boom of Slovaks who headed to Britain is stabilising, labour agencies said.


“In 2006, 8 percent of job seekers [on the Profesia job search website] were interested in working in the UK, but it is currently less than 3 percent,” said Dalibor Jakuš, Profesia’s managing director.

Also, this year, for the first time ever, Profesia did not record an increased interest in seasonal jobs before the summer. Jakuš predicted that interest in working in the UK would stabilise at approximately the current level and not grow any further.

The vast majority of Slovaks who work in Britain took low-paid jobs that require minimal qualifications and language skills. The jobs are mainly in restaurants, shops, cleaning, construction, packaging, toy factories, meat processing plants and the like.

To get a better paid job, they have to overcome a language barrier and fulfil tough qualification requirements. Furthermore, Britain opened its labour market to fill primarily unqualified positions.

However, now the low–paid positions in Britain are not as lucrative to Slovaks as they used to be, Jakuš said.

“People who would like to gain work experience or learn the language still go to Britain,” Jakuš told The Slovak Spectator. “But for those who used to leave primarily for the money, the UK isn’t that attractive any more, mainly because of the decreasing exchange rate between the pound and the Slovak crown. The decrease was 15 percent just this year.”

Lucia Hencelová, executive director of Trenčín-based Universal Consulting work agency, emphasised that there is still interest in working in Britain, even if it is not as high as it was in 2005 and 2007.

She noted that the salaries for certain professions in the UK are still attractive compared with the same position in Slovakia.

“Just compare the salary a cashier earns in Tesco in Slovakia and in Britain,” Hencelová said. “The British cashier might earn GBP8 an hour, which is a good salary.”

She added that British employers are now more open to employing Slovaks for more specialised positions, such as electricians, CNC operators, welders, drivers, health workers, hotel managers and others. These are still in the minority, though.

Zuzana Adamyová from the Lotty work agency in Bratislava added that interest in the UK is always a bit higher before summer seasonal work, but in general, the number of Slovaks looking to work in Britain has levelled off.

She confirmed that getting a qualified job there is difficult, mainly because Slovak candidates do not fulfil the requirements and face tough competition from locals.

“However, anything is possible. It just requires a lot of effort and hard work,” said Adamyová, who herself lived in Britain for some time. “I know people who work in banks in England, but I also know people who have been waiters for five years now.”

People often leave for Britain with high, largely unrealistic expectations, she said. They think that after three years they will earn enough for an apartment in the centre of Bratislava, a house in the country, and a car.

“Of course, it’s not like that,” she said. “These people earn about GBP1,000 a month, but housing costs about GBP200 to GBP250. It is true that salaries are higher, but the cost of living is higher too. You can save money, perhaps even more than you would in Slovakia, but it is not that much.”

People should also be aware that English employers expect a stricter work ethic than in many parts of Slovakia, and that working in a foreign country can be stressful.

“However, I do not think that working abroad has any downsides,” Adamyová said. “Every experience is an experience, whether it is positive or negative.”

Peter Marci is a 35-year-old who lived in Britain for almost two years. He is now back in Slovakia, working as the administrator of Pracavonku.sk (work abroad), a website that gives advice on living and working in Britain. He is also the author of Roughing it in England (Anglicko na vlastnej koži).

He said that the website still gets a large number of enquiries about living and working in Britain, but that the majority of those enquiring clearly intend to come back to Slovakia.


Marci went to Britain to earn some money, improve his English, try life in a foreign country and broaden his horizons. He returned after 22 months. He said he got everything he expected from the experience.

“I would definitely recommend it to all young people,” Marci said. “They learn to be independent, get a different view of the world, and improve their language skills. Not to mention that they can earn some money to start a business in Slovakia, or simply to start their life.”