Cultural exchange is more than film, dance and music

LAST year, the British Council, the UK’s leading cultural relations organisation, changed the nature of its work in Europe. It transformed from a traditional bilateral cultural relations institute, which promotes culture abroad and provides grants to support events, into a partnership and network organisator. 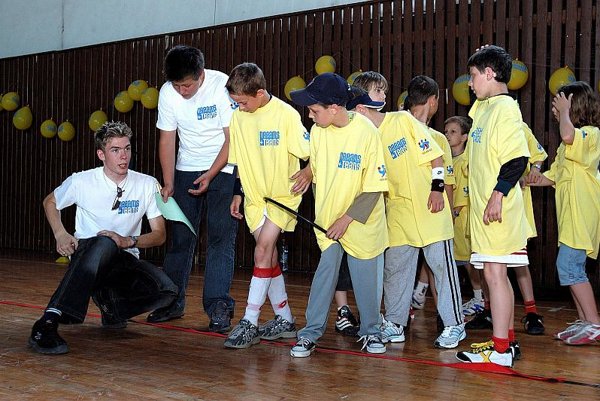 LAST year, the British Council, the UK’s leading cultural relations organisation, changed the nature of its work in Europe. It transformed from a traditional bilateral cultural relations institute, which promotes culture abroad and provides grants to support events, into a partnership and network organisator.

“We feel that there are so many Slovaks in Britain, there is so much British culture available,” Huw Jones, the director of the British Council in Slovakia, told The Slovak Spectator. “We don’t really feel that we need to do that now. You can jump on SkyEurope and experience London, Manchester, Birmingham, or Glasgow.”
“We are taking cultural exchange to be more than film, dance, music, literature, poetry,” Jones continued. “We take it to mean how we react to the people in our environment.”
He explained that the Council chose to concentrate on some of the challenges Europe is facing, including migration, cultural and social identity, extremism, and global competition.
“We have to address these by forming partnerships in Europe for the benefit of Europe and of the world,” Jones said.
So the Council has developed pan-European networks and partnerships and large-scale regional initiatives.
“Now we work on multicultural projects across the European Union,” Jones said. “In a typical project, Slovakia, the UK and plus between 5 to 12 countries are involved. We create the network and provide project management, and whatever else to make things happen.”
The British Council is now running six large-scale projects, which are in various stages. These long-term project focus on climate security, the environment, intercultural issues, learning English, and improving leadership skills. Challenge Europe is a programme to address climate change and global warming.
“Climate security is a very important topic in the UK,” Jones told The Slovak Spectator. “It is a sort of a key social issue in Britain.”
The British Council and its partner organisations have created a network of young influencers called climate advocates in 15 involved countries. The advocates are tasked with accomplishing tangible results that will either produce a change in the law, alter business practices, or change behaviour, Jones said.
Creative Cities is a project to see how creativity and entrepreneurship can improve the quality of life in cities. The project was created because estimates show that more than 80 percent of the European population will live in cities by the year 2020. The Intercultural Navigators project aims to develop groups of young leaders in Europe who can easily “navigate” within and between different cultures – who are aware of their own cultural backgrounds, yet are able and open enough to accept, respect and understand other cultures.

The aim of the English Language Outreach is to help satisfy the demand for improved English skills in Slovakia and Central Europe.

The Challenges in Schools project is to help European schools deal with new political, economic and societal issues.

The Dreams and Teams project employs sport as a very powerful and motivating tool to help young people develop leadership, communications and management skills in a way that is not only effective, but enjoyable. In addition, the British Council continues to work on some local projects.

“We are working with the Ministry of Culture to put together a bilingual Slovak cultural profile,” Jones said.

It will be a website with information on theatres, museums, festivals and others in both in Slovak and English, so that non-Slovaks can find things to do things. It should be finished in December and launched in January, Jones said. Teaching English and providing support to English teachers remains one of the British Council’s main activities in Slovakia. Approximately 1,200 students, including staff from over 30 companies, attend British Council courses each year. The range of courses is extensive, from general English to exam preparation, business English, conversation courses, and Young Learner courses. The British Council offers UK international exams mainly to university students and professionals. It administers over 2,000 exams each year. The British Council also administers websites for teachers and trainers, projects between UK and Slovak schools, and teacher training workshops, among other activities.